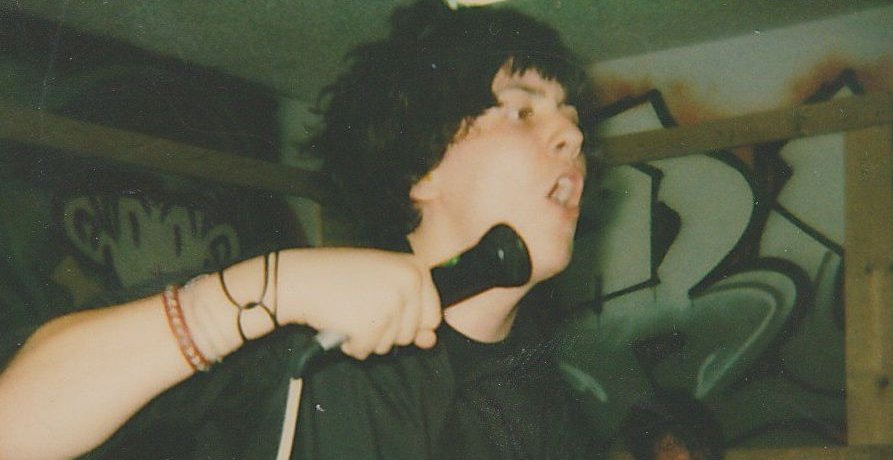 The term “Screamo” carries with it some cringe-worthy connotations: Hot Topic mall emo, crunkcore, or From First to Last — the band that gave us Skrillex. And a lot of bands that got slapped with the description tend not to be enthused about using it — most of the artists on this list included in that. But let’s get real here; screamo, despite the fairly stupid name, gave us some amazing bands and some amazing records. So let’s define what we’re talking about here: Emotional post-hardcore with screaming, basically. That can comprise a lot of different sounds, but there’s a particularly artful strain that began in Southern California in the mid-’90s, with bands like Heroin, Swing Kids and Antioch Arrow. Theirs was a complex and abrasive style, built more on interesting rhythmic and melodic passages, with a lot of energy and visceral intensity to spare. And that gave way to a long list of outstanding acts across the United States: Orchid in Massachusetts, Virginia’s Pg. 99, San Francisco’s Funeral Diner, and a bunch of others. Some prefer to call the wave of screamo we’re highlighting “Skramz,” to separate it from the teen idol Screamo that took over in the mid-’00s, but we’re not really going to get into a debate about semantics. We’re just going to launch right into a list of what we consider the 10 best screamo albums. 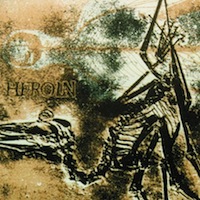 San Diego’s Gravity Records is commonly acknowledged as one of the driving forces behind screamo, which means that skramz grew up right here in Treble’s backyard. But progenitors of the genre, like SD’s Heroin, hewed much closer to hardcore, playing a loud, fast and above all intense form of punk that swirled inside the Bermuda Triangle of Drive Like Jehu, Moss Icon and Rites of Spring. It’s powerful stuff, of course, one of the primary reasons for which is Matt Anderson’s visceral vocal screech. They released only one full-length album, if you even want to call it that. At six tracks and 15 minutes, their self-titled debut — released the same year they broke up — feels a lot like an EP. But that’s the thing about hardcore; any longer and you might collapse under the weight of such cathartic, draining ferocity. – Jeff Terich 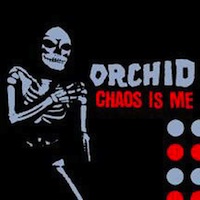 Not to be confused with the Sabbath-worshiping stoner rock band of the same name, Amherst, Massachusetts’ Orchid played screamo about as venomously as possible. One of (at least) three bands on this list that recorded with Converge’s Kurt Ballou, Orchid is the band that probably came closest to that band’s blend of dense melody and outright menace. Chaos Is Me, initially released only as a 45 RPM vinyl LP, contains only two tracks longer than two minutes, and pretty much nothing below a bullet train’s pace. This album scrapes and scratches and careens and throttles and goes for the throat. Of course, it all goes by so quickly, you might miss the precise moment it grazes your jugular. Maybe the most telling item of trivia about Orchid is that they once released a split single with Pig Destroyer. Not just any emo band can boast such an accomplishment, but then again, Orchid had a special knack for melodic violence. – Jeff Terich 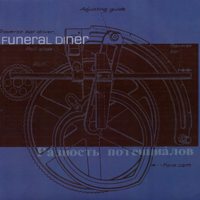 Funeral Diner – Difference of Potential
(2000; Ape Must Not Kill Ape)

When it comes to true-to-its-roots screamo, Funeral Diner’s Difference of Potential is a classic. During their nine years of existence, the California-based act put out a steady stream of releases, but the foundation of all that output was their 2000 debut, which saw the band taking seemingly safe emo song structures and muddling them up with visceral screams and a hard instrumental edge. Difference of Potential is not an overly complicated album, but it’s in that simple formula of rage plus energy plus angst that the band strikes gold. Tracks like “Direct Hit,” “Lackluster,” and “Chalk Angels” get the listener’s blood curling and hair raising — and that’s exactly what they’re designed to do. – A.T. Bossenger 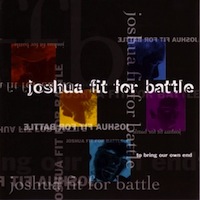 Joshua Fit for Battle – To Bring Our Own End
(2001; Level Plane)
Buy at iTunes

Like most screamo bands Newark, Delaware’s Joshua Fit for Battle created emotional hardcore radiating with energy and anxiety. But if they had one distinct calling card, it was their knack for sporadic and disorienting songwriting. Sometimes simple and short, but often long and sprawling, the tracks on To Bring Our Own End mix in a little bit of everything. There are epic post-rock crawls, new-wave guitar progressions, metalcore breakdowns and more, all elegantly pieced together throughout the record. As soon as they have you hooked, these fellas are sure to take you on another wild turn into loud, rowdy, emotional bliss. – A.T. Bossenger 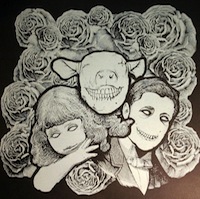 Pg. 99 — sometimes known as pageninetynine — pushed into territory just a little bit weirder, a little bit heavier, and a bit more experimental than your average screamo band. When it came to their releases, however, they were all business — or pretense, depending on how you want to look at it — naming every record with “Document” and the number it arrived in the sequence. As such, Document #8 was their eighth release, coincidentally the pinnacle of the band as an eight-piece (which swelled to a chaotic 13 on stage, occasionally, once they invited up the kazoo players… and no, I’m not kidding). But for as much art-damaged silliness as this connotes, the group absolutely tears shit up, playing so heavy and menacingly that they’re borderline grindcore. It’s a masterpiece of pain and complexity, so it should only make sense that the production job was done by Converge guitarist/producer Kurt Ballou. It’s pretty much one punch to the gut after another, and while the band’s been dormant for a long time (save for a 2011 reunion), this album is available on Robotic Empire’s bandcamp page for the price of your choosing. That’s a blood-curdling gift that just keeps on giving. – Jeff Terich

Listen: “In Love With an Apparition” 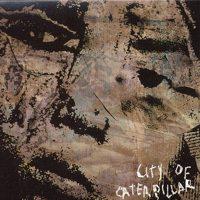 Richmond, Virgina’s City of Caterpillar wielded a sound as turbulent and emotional as any other powerhouse screamo act, but their strength laid more in slow dynamic builds than pure adrenaline punch. Their guitar work was heavily influenced bands like Godspeed! You Black Emperor, and Jeff Kane’s vocals were closer to post-hardcore yelps than his more scream-oriented contemporaries. Still, the band’s single self-titled studio album more than pulls its weight when it comes to providing an emotionally jarring experience for the listener. Opener “And You’re Wondering How a Top Floor Could Replace Heaven” creeps and crawls on top of brooding phrases until erupting into loud, furious ecstasy. Other stand-outs (“A Heart-Filled Reaction to Dissatisfaction,” “A Fucking Hero”) take a more direct approach to their chaotic, thrashing madness. Throughout its 44-minute run, City of Caterpillar is consistently unpredictable; that’s what makes it such an irresistibly thrilling ride. – A.T. Bossenger

Listen: “And You’re Wondering How a Top Floor Could Replace Heaven” 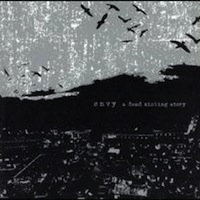 Imagine a Japanese screamo band, as equally influenced by post-rock and top-notch post-hardcore punk as they are by the mainstays of their own genre. Now imagine that this act is signed by Rock Action, the label owned and operated by Scottish post-rock legends Mogawai. That band is Envy and, based on the above information, they likely sound exactly as you’d imagine. But that, my friends, is not a bad thing. On 2003’s A Dead Sinking Story, Envy combine the deceptively energetic stylings of albums like Rock Action or Come On Die Young with swelling, angular thrashing and dynamic vocals — manifested in equal measure via meditative whispers and gut-wrenching yells. Indeed, between their three-guitar attack, their gorgeous use of dynamics, and their complete disregard for traditional perceptions of genre, Envy are — in many ways — the Mogwai of screamo. – A.T. Bossenger 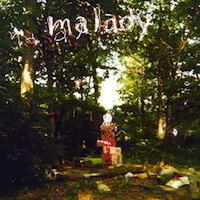 Malady arose from the fallout of two of screamo’s most seminal bands – Pg.99 and City of Caterpillar – and released a single self-titled album before breaking up. They didn’t generate much attention within the scene because they called it quits so early on, but also because their sound eschewed the expectations of its audience. Malady’s music doesn’t share much in common with the skittish aggression of Pg. 99’s Document #8, nor does the band employ the nonlinear song structures of City of Caterpillar. Malady is screamo of the restrained variety: the spazzed-out vocals are left out, but this allows for vocalist Chris Taylor’s ear for melody to shine through, and relying on simpler song structures highlights the music’s impact rather than obscures it. Time has not been kind to many screamo classics, but Malady holds up surprisingly well on account of this restraint. – John Barisone 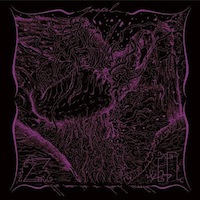 We’ll call it irony that the first track on Gospel’s The Moon Is a Dead World is called “Congratulations… You’ve Hit Bottom.” If anything, this is one of the highest achievements in post-hardcore music. Call ’em progressive screamo or whatever you like, but Gospel is basically the genre’s version of King Crimson, but far less prolific. The New York group released only one album, but it’s a hell of an achievement. This complex, taut piece of musicianship begins with a bass riff that sounds remarkably like Dead Kennedys’ “Holiday In Cambodia” before it explodes into an abrasive, breakneck, technically-precise bolt of unrelenting energy. It has spiraling storms of riffs (“Yr Electric Surge Is Sweet”), soaring epics (“A Golden Dawn”) and manic, melodic dirges (“As Far As You Can Throw Me”). I mean, how the hell do you top this, anyway? – Jeff Terich 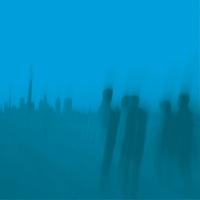 Screamo has traveled a long way since its origins in Southern California more than 20 years ago, but here’s the interesting part — the one band carrying the sound forward in the most interesting ways also happens to be from Southern California. Los Angeles’ Touché Amoré doesn’t relentlessly careen through menacing blasts of time-signature defying rhythms and sheer abrasion like Heroin or Antioch Arrow, nor do they delve into the mathematical complexity of bands like Gospel. Rather, Touché Amoré are masters of graceful, yet abrasive melody. The songs on Is Survived By might sound like post-punk if recorded in another era, or post-rock if slowed down and made instrumental. It’s still a visceral, seething experience, but it’s hard to hear the transition from “Praise/Love” into “Anyone/Anything” as anything but transcendent. – Jeff Terich