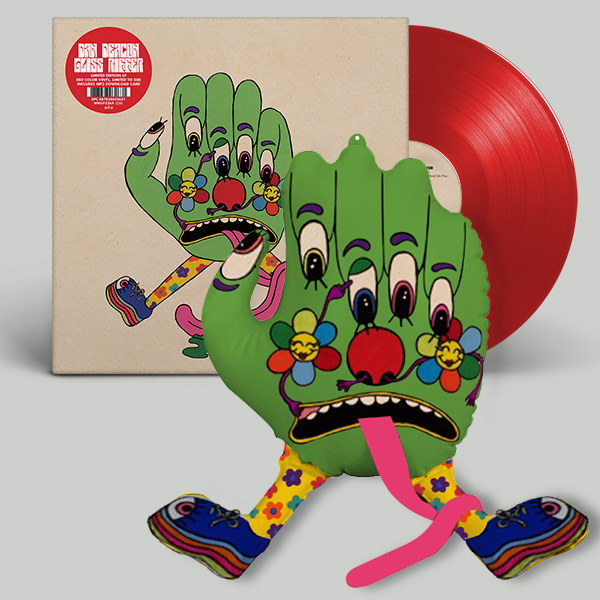 Experimental electronic artist and weirdo extraordinaire Dan Deacon will return in 2015 with new music. On Feb. 24, Deacon will release Gliss Riffer, his follow-up to 2012’s America, via Domino. In a press release, the album is likened to a combination of Deacon’s last three albums, and the newly released “Feel the Lightning” — which you can hear below — more or less confirms that. Deacon is also apparently finding new, peculiar things to do with his voice. The “female” vocals in the track that you’re hearing? Those are Deacon’s.

Above you’ll see the album’s cover art in its limited edition (777 copies) colored vinyl version, which comes with an inflatable hand, as depicted on the album art. Pretty fun! That Dan Deacon, what’ll he think of next? Check out the tracklist below, along with the video for “Feel the Lightning,” directed by Andrew Jeffrey Wright.