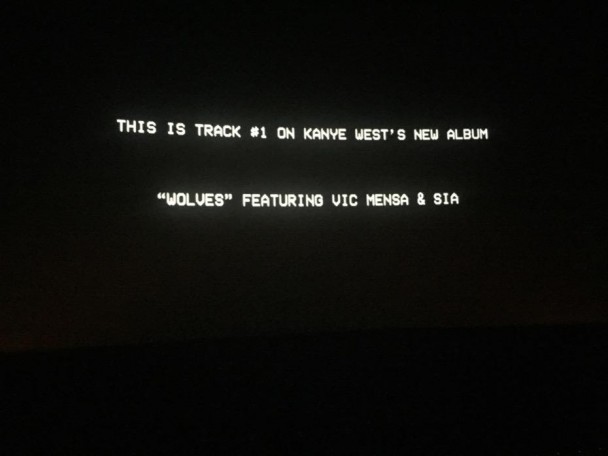 You have to hand it to Kanye West — he knows how to make an introduction. Today, West unveiled his new Adidas shoe, the Yeezy 750 Boost, in a presentation at New York Fashion Week, which was streamed to 50 theaters around the world, for some reason. But if shoes aren’t your thing, then you might take interest in discovering that Kanye debuted a brand new song during this presentation. The song is called “Wolves,” and it also features Sia and Vic Mensa. The track was produced by Cashmere Cat and Sinjin Hawke, and it will be the first track on Kanye’s next album and follow-up to 2013’s Yeezus.

A preview of the song first showed up via Instagram, but the full Adidas show has now been released. Watch it below.

Kanye West’s My Beautiful Dark Twisted Fantasy is featured on our list of the Top 100 Albums of the Decade So Far.