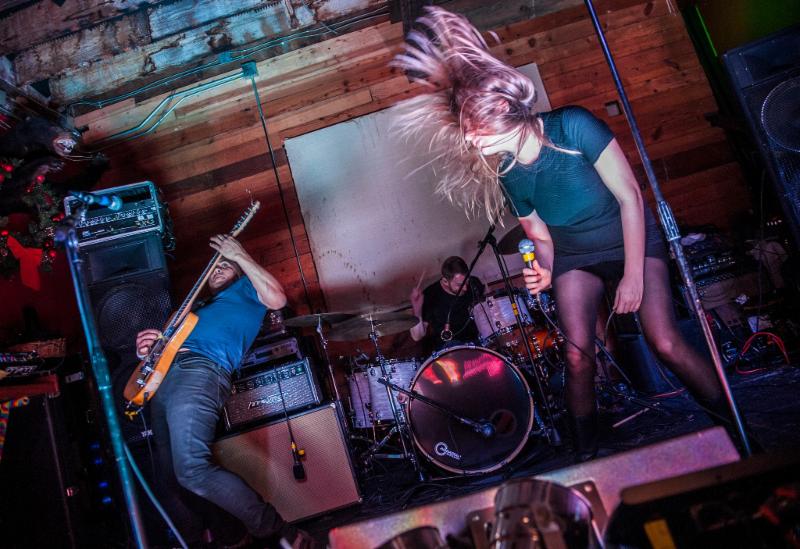 Austin-based trio Boss Battle are a loud bunch. The group, co-fronted by Erin Frazier and Chico Jones (who also owns Austin studio Ohm Recording), combine a hook-laden dark pop sound in the vein of Siouxsie and the Banshees or Yeah Yeah Yeahs with a meaty, industrial stomp. It’s thunderous, powerful stuff, but it’s also catchy as hell. On September 11, the band will release new EP Attack Time via their own Boss Battle Music, and they’ve already shared the electro-goth track “Ride.”

Today, however, the band premieres a brand new track titled “Dub Kitty.” It’s the first track on Attack Time, and it’s an explosion of energy, guitars and infectious yelps. The riffs are big, and the chorus is even bigger, with some nice touches of vocoder to roboticize the giddy blast of industrial-pop. It’s a noisy mess in all the right ways.