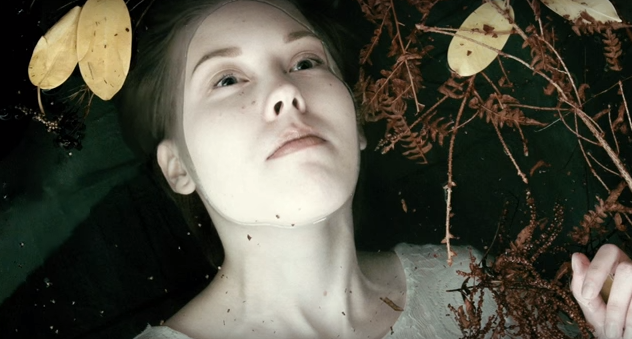 On Friday, Finnish psychedelic metal band Oranssi Pazuzu will release their new album Värähtelijä, which is our Album of the Week. They’ve just released the first video from the album, for “Lahja,” which is one of the few relatively concise tracks on the album (relatively), via Noisey and it’s as eerie and disorienting as you might expect. It opens with a woman floating in some kind of pond, then takes a turn for something more sinister when a dude starts waving around colorful smoke implements in a snowy Scandinavian forest. There’s lots of mystical stuff happening, involving blood and trees, and basically it looks how you might imagine a black metal video under the influence of psychedelics