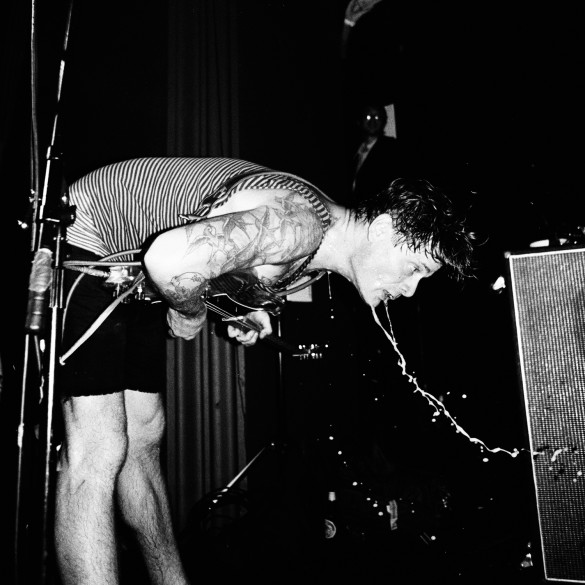 Thee Oh Sees have built up a reputation for being one of the most exciting live bands in the United States, so it was only a matter of time before they released a proper live album. On July 1, the band will release Live in San Francisco via Castle Face. (Previous installments of the live album series include Ty Segall Band, Fuzz, Destruction Unit, White Fence and OBN IIIs.) The set was recorded at The Chapel and will be packaged with a DVD of the performances, filmed by Brian Lee Hughes. That’s the album’s artwork above, depicting what looks like frontman John Dwyer puking while he plays guitar. Listen to a live recording of “Web,” below, courtesy of Pitchfork and check out the album’s tracklist.