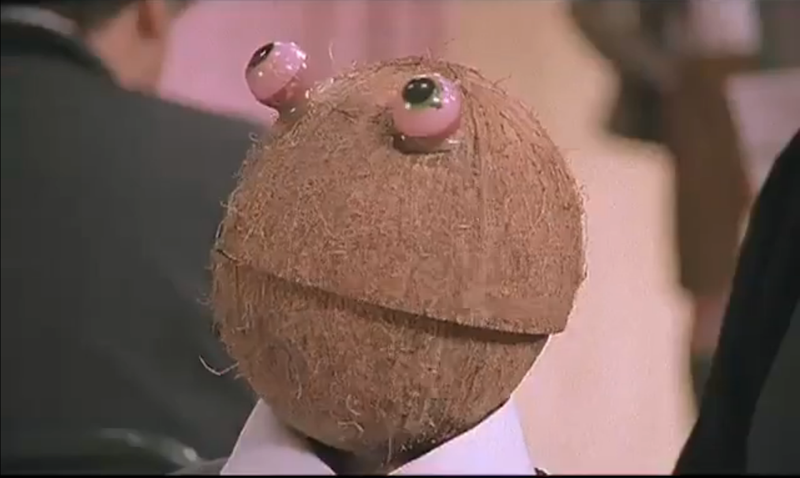 Since the ceremonious return of The Avalanches earlier this year, the term “plunderphonics” has been floating back into public consciousness, or rather, being introduced to an audience that never heard it in the first place. Admittedly, it’s a kind of obscure sphere of popular music, a form of sound collage made from one or more pieces of existing music or found sound or recorded dialogue, made to create something entirely new. It tends to cross over with other areas of electronic music, most notably turntablism, but plunderphonics takes on many forms. Coined by audio collagist and academic John Oswald in the ’80s, he put it in these terms: “A plunderphone is a recognizable sonic quote, using the actual sound of something familiar which has already been recorded.” Whether or not the term rings familiar to readers, however, its influence is massive, reaching from the novelty UFO-invasion record “The Flying Saucer” by Goodman and Buchanan in the ’50s, to the acclaimed works of The Avalanches and DJ Shadow. We surveyed the history of this curious technique, plundered the archives and put together a list of 10 Essential Plunderphonics Tracks from an early turntablism classic to a recent exercise in recontextualizing advertisements. 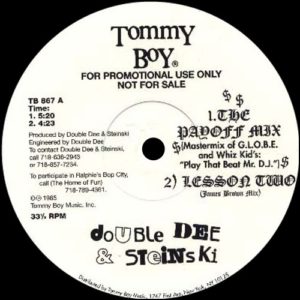 When I first heard “Lesson 1” on the mix shows hosted by Lady B on Power 99 in Philly, I thought her studio DJs were straight-up possessed. To that point all I knew of mixing the backbeat for rap was “two turntables and a microphone.” How were all of these cuts so seamless? How many hands and records did it take? And how the hell did Casablanca dialogue get in there? With the wall of remote broadcasting in front of me it took some time before I realized it was a standalone track, and I only still thought it was an overstuffed version of G.L.O.B.E. and Whiz Kid’s “Play That Beat, Mr. DJ.” Power 99 left out the little detail of the rookie New York duo—Doug “Double Dee” DiFranco and Steven “Steinski” Stein—who had used cuts from Culture Club, Indeep, Funky Four Plus One, The Supremes and more to win a Tommy Boy remix contest. From there they produced the James Brown tribute “Lesson 2” and then “Lesson 3,” with a host of samples you could later find in everything from De La Soul to Meat Beat Manifesto. For sample-based music, these megamixes set gold standards in both cut-up storytelling and undeniable groove. – AB 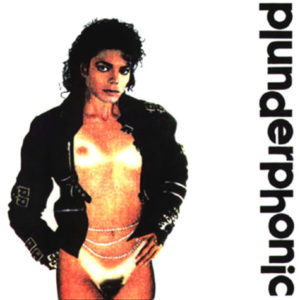 John Oswald is the Canadian composer who coined the term “plunderphonics,” and as such he’s central to the movement itself, his body of work featuring both clever and chaotic uses of samples. His best known work, 1993’s Plexure, is essentially a spiritual precursor to Girl Talk’s Night Ripper, in that it strings together an innumerable amount of samples. But 1989’s “Dab,” from his influential Plunderphonic album, primarily sticks to one sample source: Michael Jackson’s “Bad.” He re-edits the track into a sensory-overload explosion of clips and samples, with CD-skip chaos ensuing throughout. The first three minutes almost make sense, but as the track progresses, it becomes increasingly more of a claustrophobic mess of dense layers of Jackson into something disorienting and overwhelming. It’s death by 1,000 loops. – JT 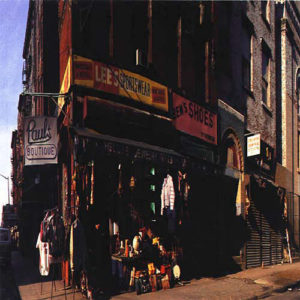 The Beastie Boys – “Sounds of Science”
from Paul’s Boutique (1989; Capitol)

The Beastie Boys’ Paul’s Boutique is a stunning work of sample-driven innovation all its own, stitching together hundreds of samples of songs throughout the pop and rock canon (which changed the copyright and sampling game forever). One track among many, many standouts that drives home the Dust Brothers’ penchant for plunderphonic tendencies is “The Sounds of Science,” which pairs the Beasties with another group of young innovators: The Beatles (not Simon and Garfunkel, despite the name). The song features no fewer than five Beatles samples, most prominently “Back in the U.S.S.R.” and “When I’m Sixty-Four.” Beyond that, however, the Dust Brothers work in Pato Banton, Boogie Down Productions and James Brown amid the B-Boys’ dizzying rhyme schemes. It’s a fun exercise in sample-spotting, but more than that, it’s just plain fun. – JT 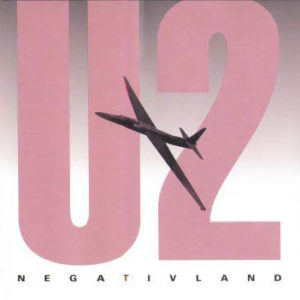 Sound collagists and provocateurs Negativland have a history of combining samples and found sound into twisted, frequently humorous pieces of sonic chicanery. “I Still Haven’t Found What I’m Looking For” is Negativland at the pinnacle of their trolling, extensively sampling and reworking the U2 song sharing the same name, overlaid with a variety of different profane and seemingly random spoken samples, the bulk of which come from an epic rant by Casey Kasem captured on tape, in which he discusses U2, his demeanor rapidly escalating into rage as he snaps, “These guys are from England and WHO GIVES A SHIT?!” The professional meltdown grows all the more absurd when Kasem’s phrase “Diddly shit!” is looped against a particularly goofy sounding take on U2’s hit. It was actually U2, and not Kasem, who sought legal action against the group, suggesting that the use of their name in big bold letters on the EP’s cover was misleading and misrepresented the band. The song was later released on a collection titled, appropriately, These Guys Are From England and Who Gives a Shit. – JT 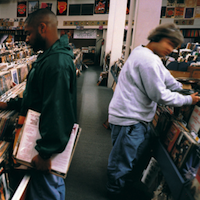 DJ Shadow – “Midnight in a Perfect World”
from Endtroducing… (1996; ffrr/London)

I’m certainly not one to tell everyone a certain piece of music must be heard high, but weed does wonders for sensory focus, and with an artist like DJ Shadow, the more discriminatory ear you bring to the table, the better. Prior knowledge of the various samples that make up “Midnight In A Perfect World” isn’t necessary to appreciate or enjoy the track—I’d wager many first-time listeners aren’t even aware of DJ Shadow’s process—but it certainly won’t hurt. If anything, it increases my appreciation for the track, especially when isolating the various samples used: the piano line from David Axelrod’s “The Human Abstract,” the synth hook from Pekka Pohjola’s “Seekoilu Seestyy,” the different vocal samples. Even when taken in its individual parts, though, “Midnight” never sounds mechanical or artificial. In just five minutes, it summons beauty, solemn and mournful, and boils it to a unnervingly pure state. – BB 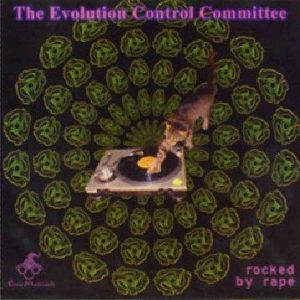 Somewhere between the chilling effect of sample clearances on hip-hop and the creation of the mashup black market, recontextualizing sound sources became an act of defiant artistry and culture jamming. A few years prior, this Columbus, Ohio collective had successfully, infamously dropped Public Enemy raps over Tijuana Brass tunes. This standalone single is their other defining moment, stitching together soundbites from Dan Rather across his tenure as anchor of CBS Evening News and laying them over jumbled but very obvious samples from AC/DC’s “Back in Black.” The morbid arrangement of Rather’s relentlessly serious words—”Gunned down/Shooting death/Blood drops/Murderer”—over one of rock’s most joyously cathartic anthems is an object lesson in social commentary through juxtaposition. Here, ECC make the not-entirely-wrong suggestion that all of the world’s evils and problems can be reduced to curiosities and entertainments. – AB 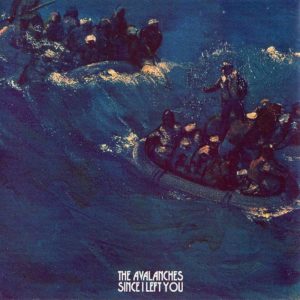 The Avalanches – “Frontier Psychiatrist”
from Since I Left You (2000; Sire/Modular)

To fully understand the hype behind The Avalanches when they first emerged in 2000, one need only listen to breakout single “Frontier Psychiatrist.” A classic meeting place between the scratch-driven beat-laden fun of turntablism and the channel-flipping randomness of plunderphonics, “Frontier Psychiatrist” is dadaist fun in the old west, with a beat-knocking Spaghetti Western soundtrack melody serving as the backdrop for a number of laugh-a-second sound samples: “You’re a nut! You’re crazy in the coconut!” “I play the kazoo, now let’s have a tune!” That it works as a song and not just an experiment in piecing together curious bits of sound is what made The Avalanches such a remarkable group in the first place. It’s understandable that they took a decade and a half to follow this album with another proper full-length. When you get it flawless the first time, there’s no clear spotlight on what the next step is. – JT 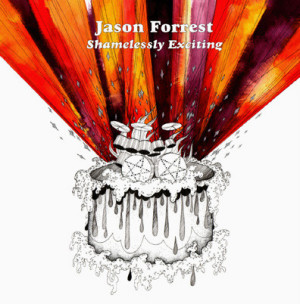 South Carolina breakcore producer Jason Forrest (who once cheekily made recordings as “Donna Summer”) has made a career of putting samples into interesting and peculiar contexts, though his crowning achievement is putting the history of punk rock into one two-minute hyperspeed explosion of A.D.D. in the UK. There are, indeed, 36 different punk songs shoehorned into this urgent and fun roller coaster of power chords and count-offs, though trying to figure out what’s what will take a careful ear and probably a notepad. The Sex Pistols, The Clash, Plastic Bertrand, Bad Brains, The Misfits, Dead Kennedys and The Ramones all appear in one or two-second bursts, seamlessly and frantically erupting throughout. It’s fun to listen to, despite how much of an insane mess it is, which means that Forrest doesn’t want to be anarchy: He’s already there. – JT 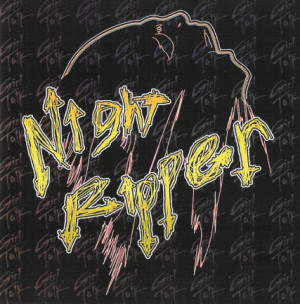 Girl Talk’s Greg Gillis is something of a mashup maestro, but the sheer frequency, speed and absurdity of how those mashups, well, mash are what makes his sampler symphonies the heir apparent to John Oswald’s sonic anarchy. “Smash Your Head” is one of the strongest examples in his rich catalog of clearance-free chaos. X-Ray Spex, Clipse, Nirvana, SWV, Lil Wayne, Elton John, Notorious B.I.G. and The Pharcyde all collide on this standout moment on his critically acclaimed 2006 album Night Ripper. A bit like a stunt version of a DJ mix, “Smash Your Head” and by extension the full album seems like an exercise in breaking records rather than attempting the symphonic wonder of, say, DJ Shadow. Remarkably, the end result is hard not to love, a party mixtape for those with a nonexistent attention span. – JT 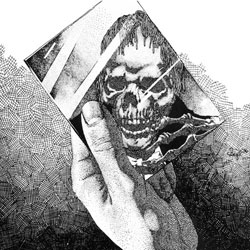 In the late ’00s, a style of music known as vaporwave—using corporate muzak from training seminars, hotel lobbies and the sort as the basis for its sample chop-ups—which transformed electronic music for the bizarre. That’s not entirely what Oneohtrix Point Never did with his 2011 album Replica, but it’s not far off: He used the music of VHS-recorded advertisements as the primary sources for the album, strangely making the most beautiful album of his career out of the least likely of elements. “Sleep Dealer” is a case in point. The bulk of it is composed out of bits of a Wrigley’s commercial from 1988 in which a computer turns sentient for the sake of a stick of gum (a concept both funny and sort of terrifying in a way that OPN’s Daniel Lopatin would likely appreciate). By looping brief snippets of the commercial and creating a new melody out of it, “Sleep Dealer” turns from disposable relic into sublime treasure. – JT