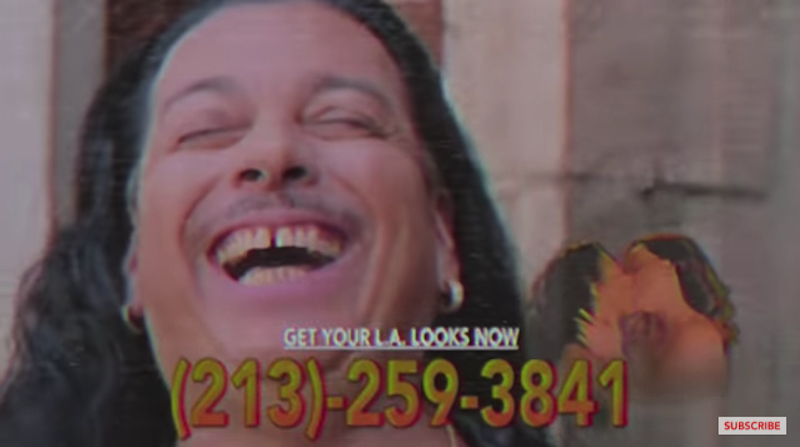 HEALTH have just released a new video for “L.A. Looks,” from their 2015 album Death Magic. The clip is directed by Derrick Beckles of Adult Swim and produced by Super Deluxe, and it looks a bit like a VHS recording of a late-night public access show (as depicted through characters in Venice Beach). There are frequent shots of two women kissing, video static, lots of flowing hair, cityscapes of Los Angeles with an orange sunset, and other peculiar things happening throughout. By and large, it’s one of the least disturbing HEALTH videos (no murders, vomiting or horrific plastic surgery disasters, for example). But it’s also a good reminder of the excellent album that they released last fall. (Queue it back up if you haven’t in a while.)