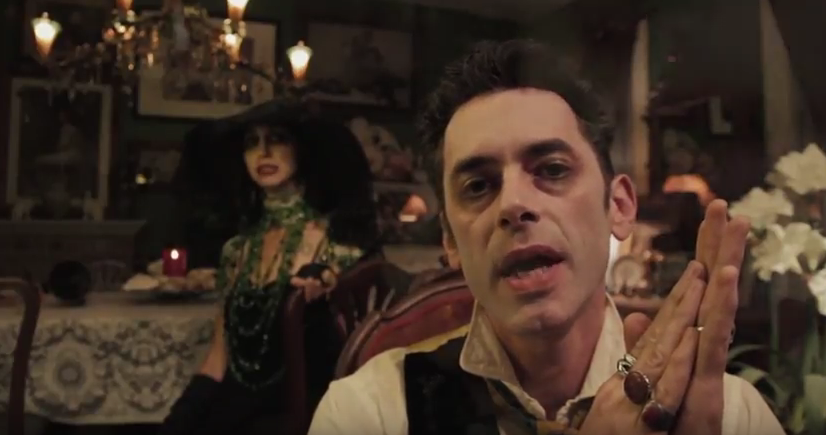 Back in March, Treble premiered a single from Brooklyn group Charming Disaster‘s new album Cautionary Tales (which is out now), titled “Sympathetic Magic.” Today, Treble is now premiering the video for that song, directed by Charles Schneider. The clip was shot in Grass Valley, California, featuring scenes shot in a Victorian-era boarding house, as well as at the Nevada State Fair. There’s a bit of Tim Burton gothic whimsy about the video, which finds the duo riding a ferris wheel in their finest goth garb, sticking pins into some bleeding voodoo dolls, and in the most climactic scenes, conjuring the spirits from beyond in a pretty spectacular seance. And in the video’s final scene, there’s a bit of a gross freakshow aspect to it all.