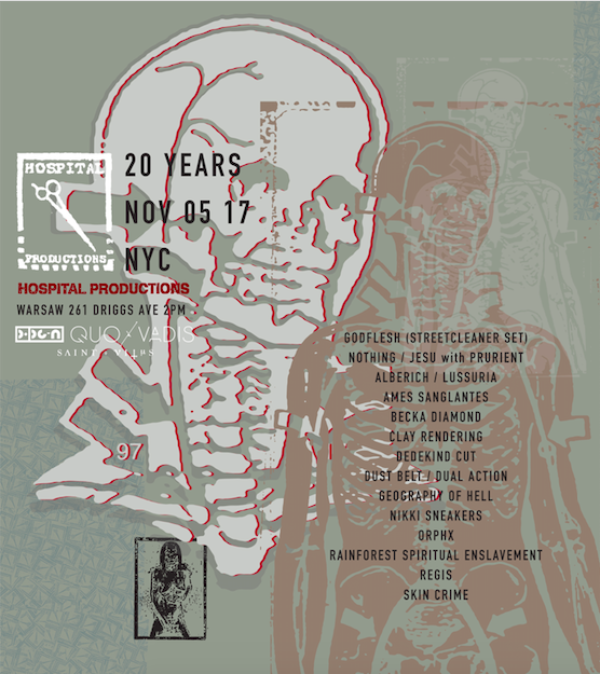 Hospital Productions, the New York-based label and shop founded by Prurient’s Dominick Fernow in 1997, has announced a 20th anniversary showcase. On November 5, a live show called Hospital Productions 20 Years will take place at Warsaw in Brooklyn, New York. The showcase is being headlined by Godflesh, who will perform their classic 1989 album Streetcleaner in its entirety. The show will also feature a collaborative set between Justin Broadrick’s other band Jesu with Nothing and Prurient, as well as performances by Skin Crime, Orphx, Dedekind Cut, Becka Diamond, Geography of Hell, Clay Rendering, a collaborative set between Dual Action and Dust Belt, a collaborative set between Alberich and Lussuria, Regis, and Ames Sanglantes.

The show is all ages, and tickets can be purchased here.

Godflesh’s Streetcleaner is on our list of the Top 100 Metal Albums of All Time.