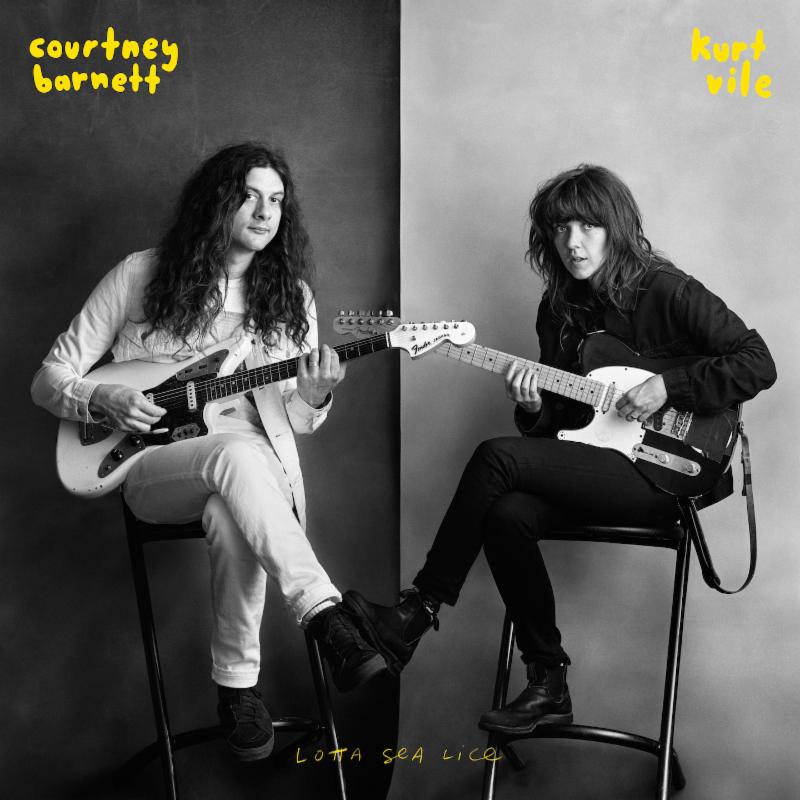 Courtney Barnett and Kurt Vile announced earlier this year that they were releasing a collaborative album, and now the full details of that album have been revealed. On October 13, Barnett and Vile will release Lotta Sea Lice via Matador. That’s the album above—complete with misleading name placement! It features guest appearances from Jim White and Mick Turner of The Dirty Three, former Bad Seed Mick Harvey and Warpaint’s Stella Mogzawa. The first video from the album, for first single “Over Everything,” has also been released. Watch it below, and take a look at the album’s tracklist.

Barnett and Vile have also announced tour dates this fall in support of the album. Their band, The Sea Lice, features a revolving cast of musicians including Janet Weiss (Sleater-Kinney, Wild Flag), Stella Mozgawa (Warpaint), Rob Laakso (The Violators, The Swirlies, Mice Parade) and Katie Harkin (Harkin, Sky Larkin and touring member of Sleater-Kinney and Wild Beasts). See those dates below.

Kurt Vile’s most recent album is b’lieve i’m goin down, and Barnett’s is Sometimes I Sit and Think and Sometimes I Just Sit.