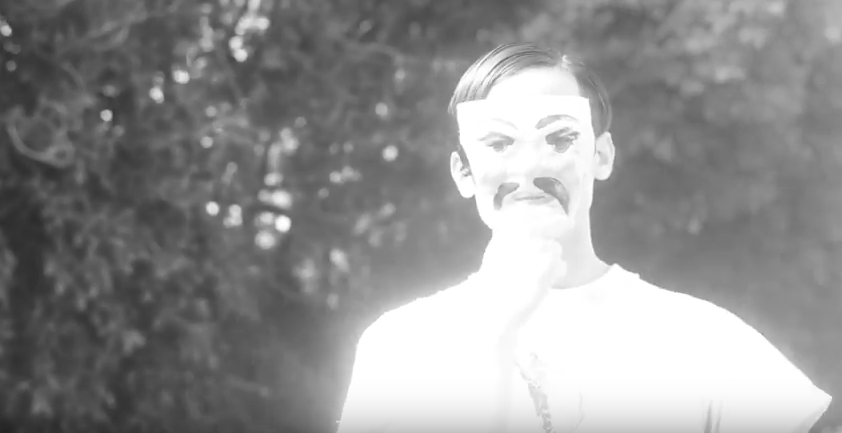 This fall, Los Angeles singer/songwriter Dakota Blue will release his debut EP, Rodeo Knife. Blue, according to a press release, began writing songs in L.A. poolhouses and now often writes in his head while he goes on long walks. To date, he’s released a handful of singles, and the first to be introduced from his upcoming EP is “Rear Mirror.” Today, Treble is premiering the new video for the track, directed by Priscilla Mars. The track itself is a haunting and dreamy psychedelic indie pop gem, with elements of Blonde Redhead and Grizzly Bear in its hypnotic sound. The video, however, finds Blue dancing in black and white with a tree branch, wearing masks and generally blurring the lines between whimsy and otherworldly. He seems a little bit ghostly in this clip, though it’s ultimately a pretty fun one. Watch the Dakota Blue “Rear Mirror” video below.