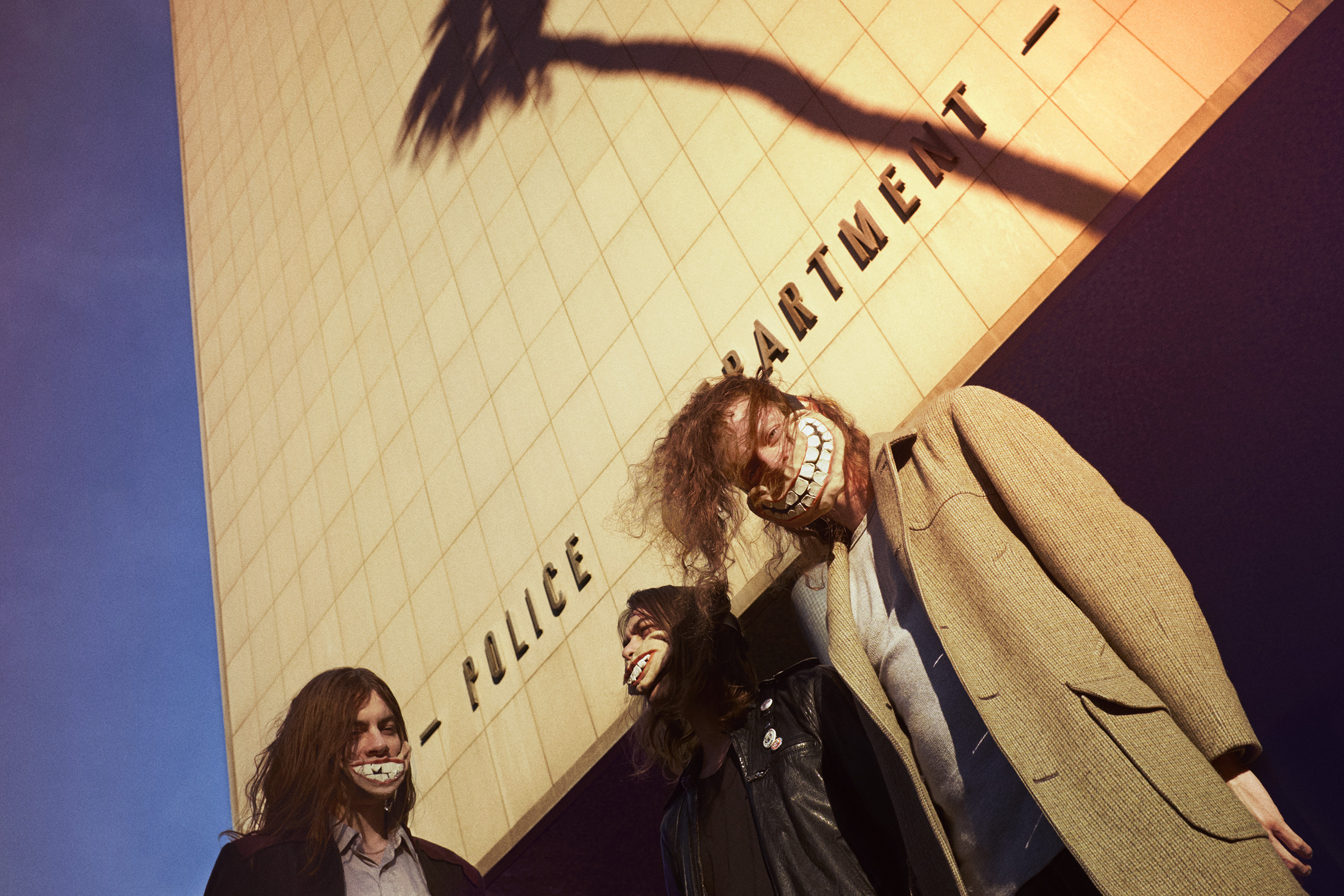 On September 29, Los Angeles band Facial will release their new album Facade via ChainLetter Collective. And today, Treble is premiering the new video from the band, for their single “Black Noise.” The clip depicts the band in some kind of odd toy-populated, children’s-show type set, with some foam-core violence and weird dance routines. It’s surreal, a little twisted, and the song itself is a pulsing post-punk anthem, reminiscent of early Liars or Death from Above 1979. Watch the Facial “Black Noise” video below.