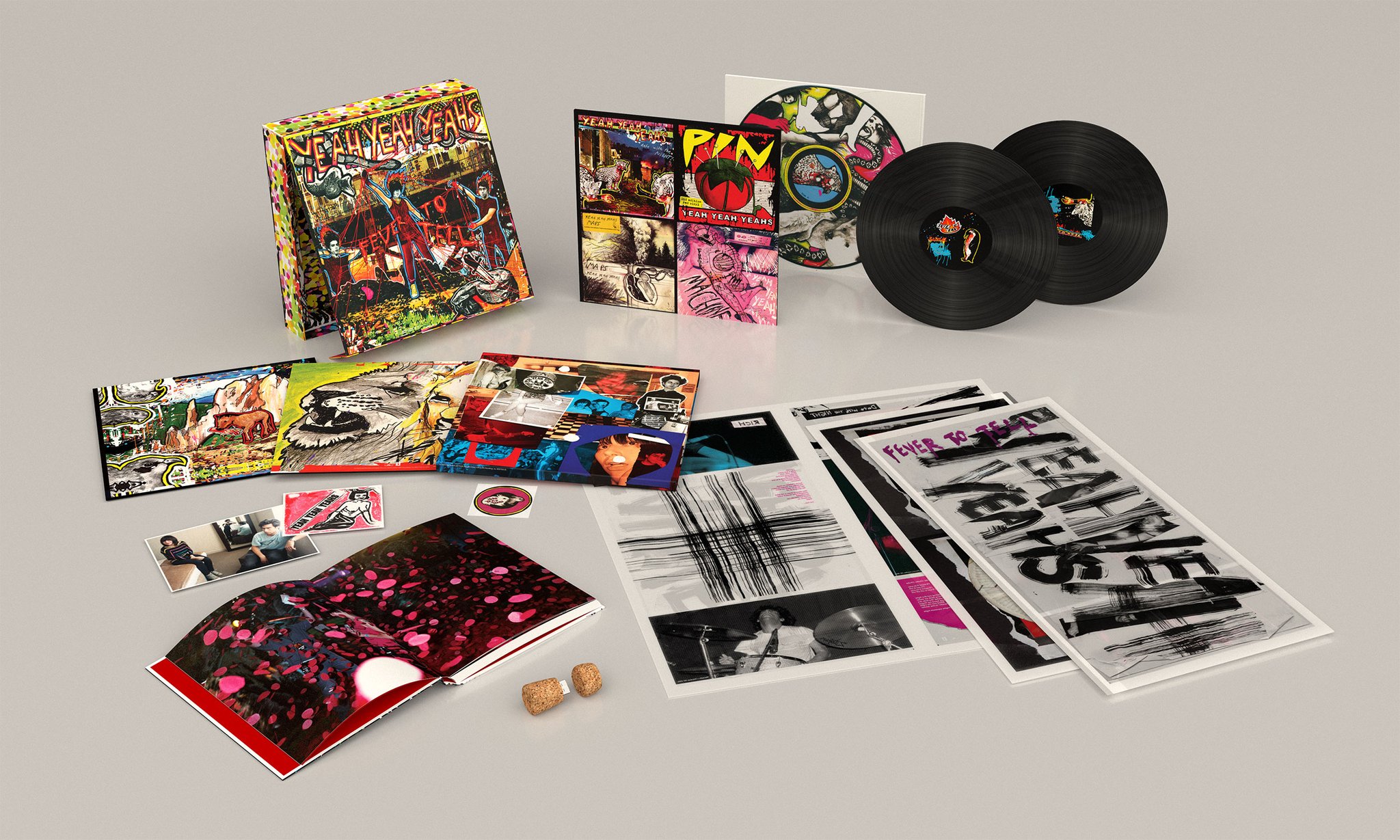 Yeah Yeah Yeahs are reissuing their 2003 debut full-length album, Fever to Tell. The album will be released in a standard vinyl edition for the first time in more than a decade, as well as in a Deluxe Box Set edition, which contains a bonus LP of previously unreleased outtakes and demos, as well as a DVD featuring videos and a tour documentary. The band released a statement about the reissue:

A friend of a friend kept asking if we were ever gonna put Fever to Tell out on vinyl as it hasn’t been on vinyl in 10 years. That’s not right. So here it is on vinyl for the first time in 10 years plus a time capsule of photos, demos (1st ever recorded,) a mini film documenting our near downfall and other fun memorabilia, from the turn of the century NYC, made with love + the usual blood, sweat + tears of Yeah Yeah Yeahs.

The group also shared an unreleased track titled “Shake It,” which you can hear below. Take a look at the Deluxe Box Set tracklist below as well, and find more details here.

No No No
Maps
Y Control
Modern Romance

LP 2 / Side A
Previously Unreleased

Yeah Yeah Yeahs’ Fever to Tell is on our list of the Top 100 Indie Rock Albums of the ’00s.