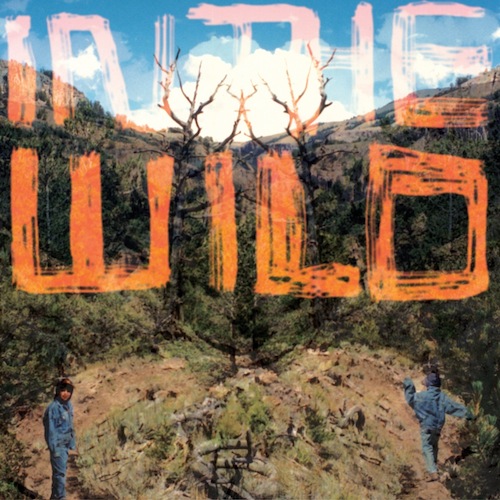 Electronic musicians have whole worlds at their fingertips. Today, with seemingly endless devices and potential means of manipulating sound on the market, there’s basically no limit for artists who twist knobs, tweak sounds and put music into otherwise different contexts. Making electronic music may or may not be that difficult depending on your approach, but making exceptional electronic music comes down to touch, feel, and atmosphere. It’s like creating a sculpture; a few wrong pieces and the entire work can come crumbling down. Drew Lustman, a Brooklyn-based producer under the name FaltyDL, has built something significant with In The Wild.

Four albums in, and FaltyDL is in a strong position. He has opened for Radiohead, toured with James Blake, and remixed the xx. There’s a good chance that you may not have heard of him, but he shares a label with Actress, Busdriver and Machinedrum. He comes across like a master of the mix, and almost all of In The Wild goes down smooth. Where some DJs like to pound listeners with relentless bass and noise, FaltyDL’s excellent synth work, paired with a multitude of other sounds, does the trick nicely. The waves of In The Wild crest high, sink low, and by the time 11th track “Dos Gardenias” comes through — with its mandolin, acoustic guitar and three or four different synth parts — floating along with the album is the only option.

In The Wild begins with Lustman sucking the listener through multiple time warps, only to push you out 57 minutes later with a feeling of euphoria. “New Haven,” which is most likely named after Lustman’s hometown, matches samples of quick breaths with synths that sound like flying saucers. The title of “Do Me” is repeated at a speedy pace, and the jungle beat, flute sample, and shaker sound in the background could make for an intense session of love-making. “Untitled 12” breathes heavy, pauses, and then the sound of glitter rains down behind an obtuse synth pattern. FaltyDL’s music can be challenging; it drops, fades, drops some more, and then enters surprising territory. During the hypnotic moments of “In The Shit,” we hear chimes, clocks, and what seems like coconut shells banging together.

Into The Wild is appropriately named. Sure, it’s not a stylistic breakthrough, but it’s well done, and deserving of recognition for its originality. FaltyDL is great with his hands, but his mind is his best tool. Expect him to dazzle your ears with it more often.