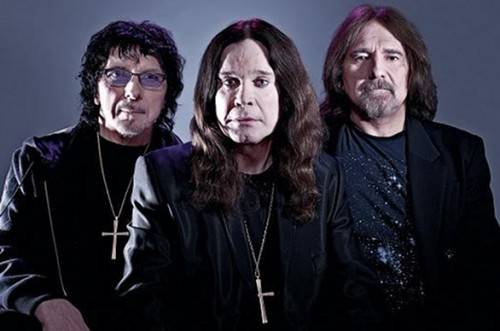 Hot on the heels of David Bowie’s comeback party (i.e. this week’s Album of the Week), Black Sabbath confirmed a release date for their first effort with Ozzy Osbourne as lead singer since 1978’s Never Say Die!: 13 will be released June 10, on Vertigo Records. Former drummer and full-fledged vegan Bill Ward will allegedly be the missing link from that 1978 lineup, instead Brad Wilk (Rage Against the Machine/Audioslave) will fill in. Ward is 64 years old, Ozzy Osbourne is 64, guitarist Tony Iommi is 65, and bassist Terence Michael Joseph “Geezer” Butler is a precocious 63.

How the “Black Sabbath” riff captured diabolus in musica