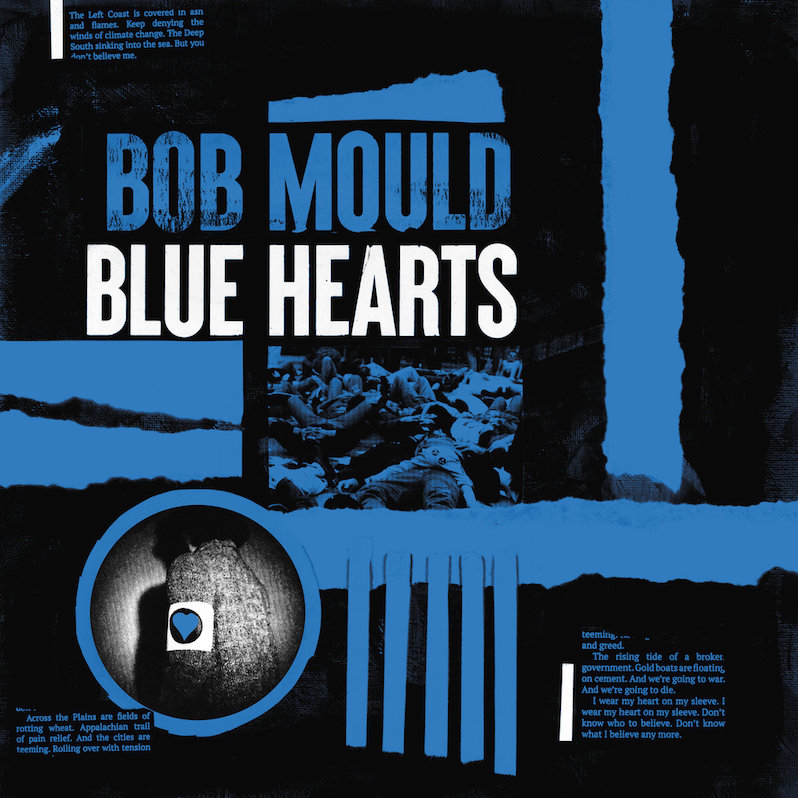 Bob Mould returns in 2020 with a new album. Blue Hearts is the iconic singer/songwriter and punk legend’s 14th album, and it’ll be released on September 25 via Merge. The first single is titled “American Crisis.” Hear it below.

“‘American Crisis’ is a tale of two times,” Mould says in a press release. “Past Time and Present Time. The parallels between 1984 and 2020 are a bit scary for me: telegenic, charismatic leaders, praised and propped up by extreme Evangelicals, either ignoring an epidemic (HIV/AIDS) or being outright deceitful about a pandemic (COVID-19).” From today through June 7, proceeds from the sale of “American Crisis” will be donated to OutFront Minnesota and Black Visions Collective.

Heart on My Sleeve
Next Generation
American Crisis
Fireball
Forecast of Rain
When You Left
Siberian Butterfly
Everyth!ng to You
Racing to the End
Baby Needs a Cookie
Little Pieces
Leather Dreams
Password to My Soul
The Ocean