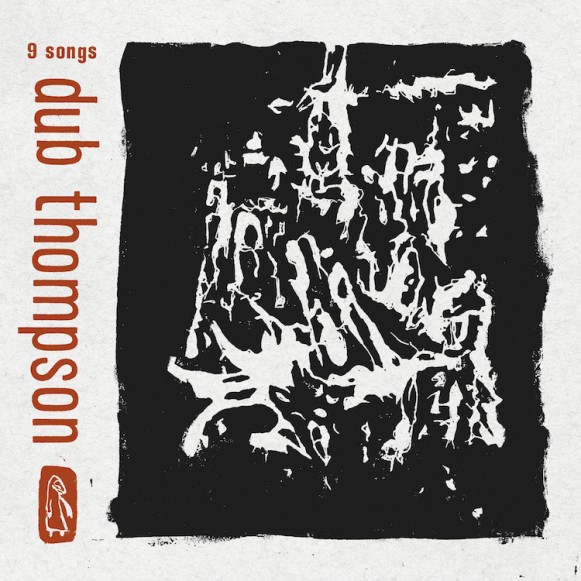 In case you missed the memo, garage rock is back — again. I’m not speaking of the early-oughts revival led by the Strokes, the White Stripes, the Hives and the Vines. As strong as some of those acts were, I’m talking about a more sincere form of garage rock reboot. Japandroids, Cloud Nothings, Ty Segall, and many other rising acts — with a broader range of influences — have all found ways to capture the raw energy that made garage rock appealing all the way back in the 1960s, and filter it through modern sensibilities. These acts take a variety of genres into consideration (post-rock, hardcore, shoegaze, just to name a few) but, in the end, it’s that combination of unfiltered vigor and pop appeal that make these bands so damn tasty.

That’s the line that Dub Thompson attempts to straddle on their Dead Oceans debut, 9 Songs. And, for the most part, they succeed with flying colors, injecting classic garage, punk and psych-rock aesthetics with their own quirky, youthful charm. By youthful, I mean that the entire band is under the age of 20, and their summer tour is scheduled so as not to interfere with the bassist’s full-time gig: attending high school.

Their age aside, Dub Thompson offers a solid half hour of well-crafted rock. While the big joke on the record is that there are only eight tracks, 9 Songs actually comes across as a lot more than that. With the diverse ground covered from track to track and a variety of intros, outros, and asides, the craftsmanship of lo-fi crusaders Guided By Voices comes to mind. Deceptively short and simple morsels resulting in a rather complicated whole.

The only slight letdown here is what sounds like a bit of a rush-job in production. While the lo-fi aesthetic serves the band just fine, the mix here sounds unintentionally muddy, perhaps the only instance in which the group’s youth reveals the limitations of inexperience. Still, production is a lot easier to improve upon than talent, ambition, or creativity, and Dub packs all three of those in from start to finish

Between its thrashier bookends (opener “Hayward!” and closer “Pterodactyls”) there’s a lot of texture covered on 9 Songs — groovers, crawlers, and psychedelic rave-ups all laid back to back. It’s a hell of a debut and, given a little time for growth and focus, Dub Thompson is sure to make a splash in the world of fun, rowdy rock.

Mister Heavenly – Out of Love