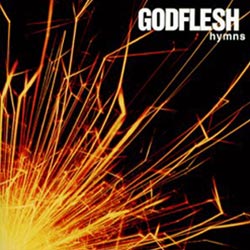 The shape of modern metal required molding from thousands of hands squeezing invisible oranges, but arguably few figures are responsible for such a sizable ghost orchard as Justin Broadrick. And for that matter, few have come out of it looking like as much of a badass as Broadrick has. He played guitar with Napalm Death briefly before departing the band because, as per apocryphal lore, his bandmates liked Whitesnake. He made hip-hop unbearably loud with Ice and Techno Animal, and found a way to make shoegaze even more deafening with Jesu. If there’s an extreme to be pushed, Broadrick’s been the one to take it a step further. If there’s an eardrum that hasn’t yet burst, it’s only because he hasn’t found it yet.

In more than 25 years of making music, there’s been no project as prolific or as consistently crushing as Godflesh, the industrial-metal monster that Broadrick fronted for 14 years. The band’s 1989 debut, Streetcleaner, renders nearly all other industrial rock inadequate in terms of sheer impact. It throbs and smashes like the fist of Satan, ruining days and wrecking cityscapes. Even simply expressing one’s own enjoyment of the album seems to indicate either a form of masochism or misanthropy, perhaps both. Yet within such a devastating vessel, Broadrick and his collaborators found various ways to expand the possibilities of what industrial metal could do, from more conventional alt-metal in Selfless to more experimental, electronic shapes on Songs of Love and Hate, and eventually the gradual, slow development of grace on the band’s 2001 swan song, Hymns.

Hymns is, not coincidentally, the Godflesh album that most closely resembles Broadrick’s work as Jesu. It’s a gateway record of sorts, ending Godflesh’s legacy just before starting up a new one, and it closes, notably, with a 12-minute dirge titled “Jesu.” In hindsight, this looks as if to have all been very carefully planned, even if Broadrick’s path afterward hadn’t fully been plotted out. And “Jesu,” itself, has far more in common with the murky grind of Streetcleaner than Broadrick’s much prettier later work. Yet, on the whole, Hymns — a dense, yet straightforward guitar-bass-drums metal album — reveals a devastating sound turned strangely beautiful. Its loudness is still off the charts, of course, but the melodies are glorious.

The manner in which Broadrick barks throughout first track “Defeated” might suggest otherwise, his bulldog presence still as gruff as ever. Yet, in spite of this, the track is accessible in a way that few Godflesh songs manage to be, in its final two minutes dispensing a repeating series of hooks that resonate where a pitch-shifted scream might not. “Paralyzed” hits a surprising groove, and one that shows how to do so without crossing dangerously over into nü-metal. But it’s on “Anthem” where Broadrick’s metamorphosis is fully complete. It’s graceful, gorgeous — even catchy! — and regardless of “Heart Ache,” this is, in essence, this first true Jesu song.

Expanded to two discs in remastered, reissued form via The End Records, Hymns comes packaged with an extra 36 minutes of material, most of which are demos. One key bonus track, however, is the previously unreleased “If I Could Only Be What You Want,” an ominous tug-of-war of drones and breakbeats, with Broadrick chanting spoken word bits over the top. It’s a cool post-script, if one that belongs more to an older era of Godflesh, though in its original form, Hymns sounds more relevant than ever, having perfected the art of the beautiful slaughter. In the opening to “Anthem,” Broadrick sings, “I found my soul.” For a band that once seemingly devoured souls, that statement speaks volumes.