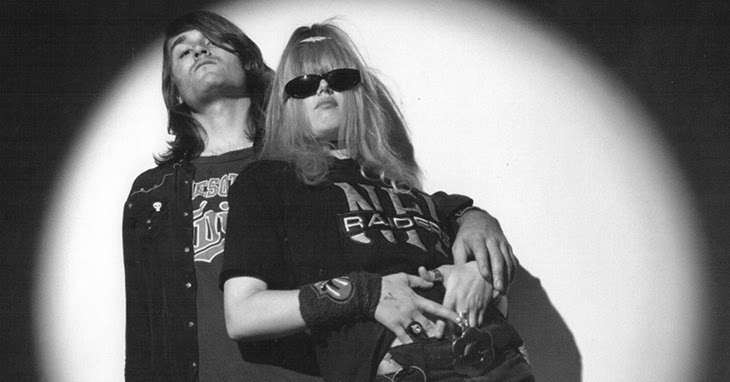 To a certain degree, everyone who jumps into the field of music journalism does so because of a passionate hunger for hearing something new and exciting. When it comes to finding that something new and exciting, the deeper one digs into new sounds and unheard styles, the more apparent it becomes just how many uncharted musical realms there are to discover. The beauty of following this path of discovery is that, inevitably, embracing one style will provide an entry point to another. Hip-hop may turn one on to grime, drum `n’ bass to dubstep, funk to afrobeat, and so on. The chain, though finite, at times seems boundless.

Diving headfirst into a new genre, however, can be an intimidating task. Without exposure from a friend or acquaintance leaves us to take on much of the task on our own. Where does one start? Who are the best artists? Who are the hacks? And, most importantly, will this path of discovery be of any value to me? If you learn, absorb, or most importantly, enjoy anything in the process, then that musical journey most certainly has value.

With “Hold On To Your Genre,” Treble introduces a new series in which its writers take on a genre, head-first, in the hopes of unearthing to readers some ground previously uncovered, and for the writer himself, something much deeper than what is readily apparent on the surface. As we sample each style’s numerous delicacies, we hope our readers, in turn, will likewise take something interesting away from the process. There’s always a new genre or style to discover, and sometimes it takes an all-nighter to hear everything it has to offer.

Noise is rarely spoken about in positive terms. It’s a disruption or a nuisance. It causes chaos and breaks our thought processes. It interrupts the natural order of things. When someone says, “this isn’t music, it’s noise,” they usually don’t mean that as a positive thing. And for someone to make the distinction between “noise” and “music” generally means a lack of appreciation for that disruptive kind of chaos.

But noise can be music. Noise can enhance music. And for that matter, noise can be a crucial part of finding new and unique ways in which to make musical expression. Noise has been a part of popular music as long as rock ‘n’ roll has existed, as distortion came into increasingly more frequent use thanks to pioneers like Link Wray, whose power chords got their very power from the raw, dirty fuzz coming out of his amplifier. But it wasn’t until the late ‘60s when use of noise grew more revolutionary in its sheer ability to jar and stun. We can thank the Velvet Underground for that, not only in their use of raw feedback shrieks and chaotic jam sessions, but in their way to take an otherwise pretty instrument, like a viola, and turn it into a sonic weapon.

The legend about the Velvets is that hardly anyone heard their first album, The Velvet Underground & Nico, but everyone who did started a band. There’s likely some truth to that, given how many bands from the 1970s and ‘80s incorporated similarly confrontational levels of noise in their increasingly abrasive styles of punk and rock music. It wasn’t really until the ‘80s that anyone began to call this merger of punk rock and extreme sonic menace “noise rock,” though it arguably existed for some time before that, with groups like the Velvets, The Stooges, Les Rallizes Desnudes, Chrome and no wavers like Teenage Jesus and the Jerks making some unsettling ruckus without a roadmap.

By the 1980s, however, noise rock wasn’t just becoming an increasingly popular genre, it had grown out into various new niches and subsets, giving rise to the psychedelic fuckery of the Butthole Surfers, the industrial crunch of Big Black and the epic dissonance of Sonic Youth. In Australia, The Birthday Party freaked out audiences with their experimental noise blues, and in Japan, the Boredoms shrieked, pummeled drumkits and drove tractors through buildings. Every city and scene had its own variation, and every band had its own take. There are a million different shades of noise rock, but there is merit and appeal to each of them, if you’re willing to look for it.

In 2013, noise rock is essentially taken for granted, with dozens of bands starting up every day in the interest of finding the right ratio of reverb to distortion. But it’s important to understand how we got here. Noise rock didn’t spring, fully formed, from the head of Zeus — it evolved and morphed over time, sculpted by reckless artisans and tweaked into new and disturbing shapes with care, or lack thereof. Noise rock isn’t notable simply because it’s noisy; any idiot can plug in a guitar and make it sound ghastly. No, noise rock is an enduring thrill because of how versatile it is. Artists like Lou Reed and Thurston Moore changed the face of music not by blowing eardrums, but by manipulating noise to a desired end. It’s a strange thought, noise being shaped and used for greater purpose, but it’s true. Sometimes the noise is in charge, sometimes the wielder of it is, but even when the struggle to apply its nasty, acidic textures to melody goes awry, it’s a hell of a wrestling match.