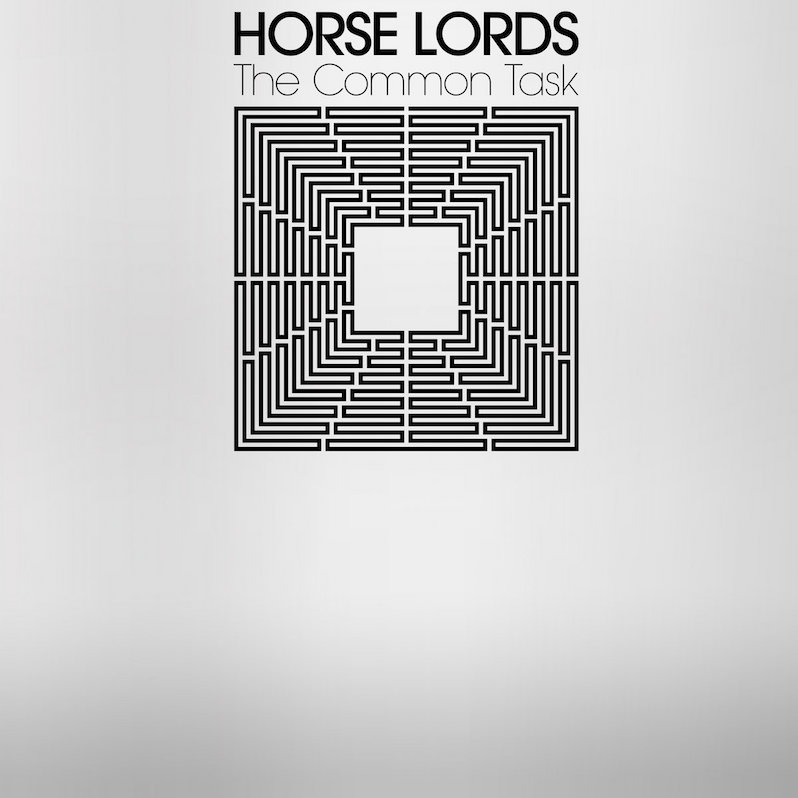 A new Horse Lords album in 2020 is cause for celebration. To explain this, first, and fittingly: some math. The Common Task is listed as the group’s fourth studio LP, and while this is true by some metrics, it is also their eighth release of original material; see, the group started with a tendency not to release the standard singles and EPs of a young and unsigned rock band but instead to drop mixtapes in the burgeoning spirit of hip-hop, but this time on legit low-quantity runs of cassettes. These cassettes comprised two lengthy tracks, one for each side of the tape, typically showcasing more experimental and exploratory material than their studio work. This is saying something: they aren’t exactly non-experimental on their proper records, sounding more often like ’80s King Crimson meets either a group like Television or the freewheeling psychedelia of someone like Chris Forsyth. Now for the math: counting these mixtapes, the group’s first release was in 2012 and their seventh was in 2017, making for a rate of over one full release’s worth of original and deeply experimental material a year before, startlingly, a break of just under three full calendar years before this release of this, their fourth LP and eighth studio release.

That gap explains some of the enthusiasm behind this, but the other part is supplied, of course, by the music itself. The previous supplied description of the band, that of ’80s King Crimson and all their interlocking guitars played against the woolly and cerebral jammy post-punk and Americana of Television and Christ Forsyth, covers a portion of the sound. But there are other elements present, ones that catch and demand attention: here, a snatch of West African guitar pop; there, the tensions and brittleness of minimalism. They cite equally microtonal and just-intonated experimental music composers like La Monte Young and Afrobeat legends like Fela Kuti and, perhaps most shockingly, these self-comparisons aren’t just baseless flattery but are present within the music. Their mode of operation has been largely unchanged since that first mixtape eight years ago and remains functionally static to this day, even on The Common Task. The benefit is that they don’t need to change; this is an endlessly fertile musical space.

Consider before a point made in a review of a then-recent Antibalas record. Groove is a mechanism of shutting down the cerebral components of the brain; even when a groove is mathematically dense and cerebral, it is done so to enjoin the thinking mind into the tenebrous dance of the body, not separation or alienate it. Where Afrobeat tends to arise from the political alienation of the biological body from the body politic, fused through weaponized groove and redirect like an atom bomb of the people’s rebellion back at the corrupt heart of the governments of the world (just like in Fela Kuti’s famously venomous example), this kind of music, the kind made by people like Christ Forsyth, the great wiry post-punk bands, the minimalist neoclassical composers and, of course, Horse Lords, is about the reunification of the body and the mind. Groove becomes a dialectic of restoration, of linking and enjoining. The Common Task celebrates dance, real and physical dance, just as much as it celebrates the obscure theorists and populist leftist political history it grounds itself in.

Take, for instance, the track “People’s Park.” The title of the track is drawn from a public park reclamation project carried out by a Latinx community of Chicago who were being displaced by white-washing gentrification efforts, the same types of white supremacist urban politics that drove out the cultural cores of the great cities of America and gave us the cold sterility of the late 20th and early 21st centuries. Their politics aren’t just wielded to names, however; the song is itself their own interpolation of reggaeton, a wildly popular dance music form in Latin communities in the Americas, done not out of the presumed sneering condescension of cerebral academic avant-rock types but as a sincere act of love and appreciation, viewing popular Latin music as a necessary element of a song titled after a Latin political event and placing reggaeton into the same continuity that genres such as dub, Afropop and Afrobeat have received in academic and avant-rock circles. They also wisely don’t play up reggaeton to cliched and overbearing levels; the group ultimately knows that this would come across as in bad taste and so wisely keeps its presence more as an enjoined figure rather than a dominating sonic force.

But as much as Horse Lords is great and fertile music to think to, providing ample connections to leftist theory, rhetoric and political history within their dense and cerebral grooves, it is ultimately just that: grooves. Even the act of thinking to this music feels like a kind of dance, one throttled and compelled by the motorik post-krautrock rhythms they impel into the music. It’s the great and rich kind of cerebral music, the kind that makes you feel like a temporary genius, filled with psychic fire able to consume William Blake and Kathy Acker, Maya Deren and Bela Tarr, bell hooks and Jean-Paul Sartre. The Common Task continues Horse Lords’ impeccable knack for making serious music about serious things that, much like Fela Kuti before them, feels infused with a sense of Dionysian fire. There’s a lot of great theory writing about the Apollonian and Dionysian modes, that of cold cerebralism and rabid bodily hysteria, of Hegel and Nietzsche; Horse Lords, like great mind/body music, see past this delusion separation to a broader unity, one congealed into singularity by churning microtonal guitars and precisely-timed polyrhythmic snaps of the drums, of interlocked bass and sax groove, of perpetually shifting rhythms and counter-rhythms and cross-rhythms in what is a resolute drummer’s paradise. It doesn’t matter that this took three years; every Horse Lords record has been great, from their debut up to now with The Common Task, an album destined to make year-end lists by anyone hip to it, and if it takes them three years instead of three months to make music this great now then so be it. 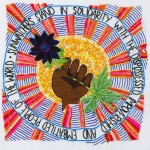 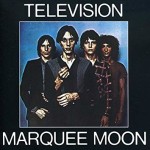 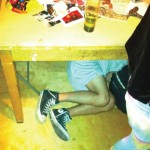