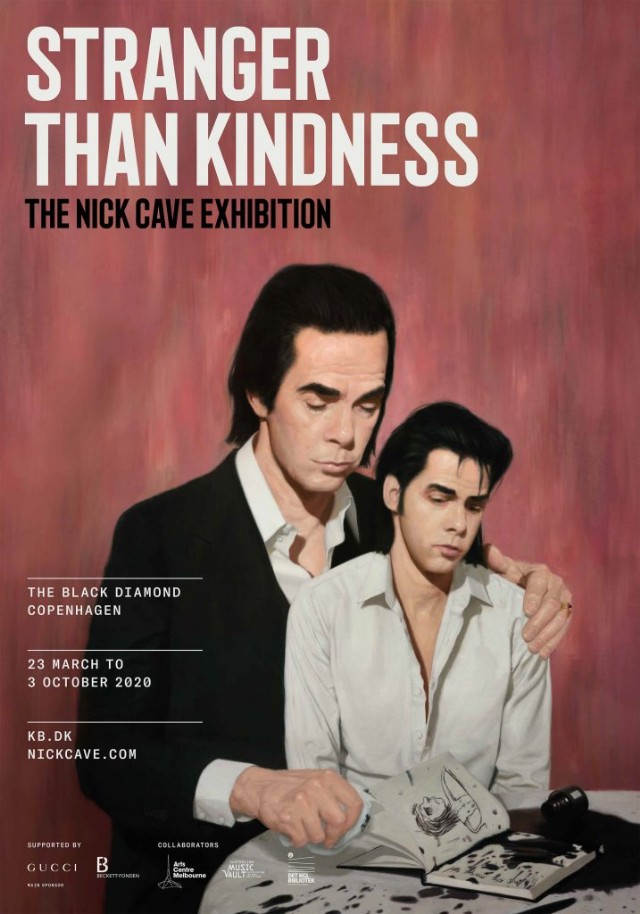 Nick Cave has announced a new illustrated autobiography and exhibition, both of which are titled Stranger Than Kindness. The autobiography will be released on March 23, 2020, and the exhibition opens the same day, running through October 3 at the Black Diamond in Copenhagen.

From Cave’s website, here’s a statement about the exhibition: “Stranger Than Kindness is a journey into the creative world of musician, storyteller and cultural icon Nick Cave. The exhibition brings together large scale installations and original atmospheric soundscapes with more than 300 objects from Cave’s own collection, the Nick Cave archive at Arts Centre Melbourne, the collections of Royal Danish Library and a number of private lenders. It presents more than 50 years of Cave’s life, work and inspiration in a spatial, multi-sensory exploration of his many real and imagined universes. Pieces including original artwork, handwritten lyrics, literature, photography, videos, set designs, and collected personal artefacts are shown in a shifting, immersive narrative across eight rooms. The exhibition was developed and designed by Christina Back, Royal Danish Library and Janine Barrand, Arts Centre Melbourne in collaboration with Nick Cave for The Black Diamond, Copenhagen. It was curated and produced by Royal Danish Library in collaboration with the Australian Music Vault at Arts Centre Melbourne. The soundscapes were composed and recorded for the exhibition by Nick Cave and Warren Ellis.”

The book will feature “full-colour reproductions of original artwork, handwritten lyrics, photographs and collected personal artefacts” to accompany Cave’s writings. It also “explores his many real and imagined universes.”


Cave’s latest album is Ghosteen, which came out in October.