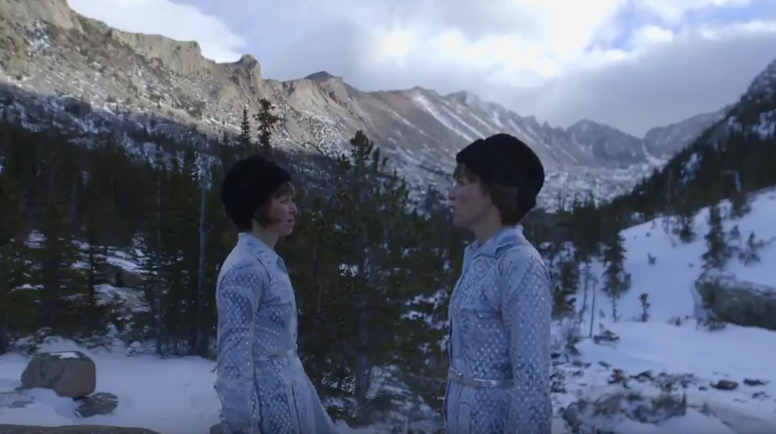 On April 27, Colorado-based Porlolo—the project of singer/songwriter Erin Roberts—release their new EP Awards via Pomade the Sun. The album was produced by Beach House drummer James Barone, who also plays on the album, and also features members of Brent Cowles’ band and Nathaniel Rateliff and the Night Sweats. Today, Treble premieres the video for a new single from the EP, titled “Wasting Time.” It’s a melancholy, gorgeous country-rock song in the vein of Jessica Lea Mayfield, Sharon Van Etten and Fleetwood Mac, and the clip, directed by Irvin Coffee, is a bit chilly. It finds Roberts alone on a snowy landscape, but eventually she gets some company—herself.