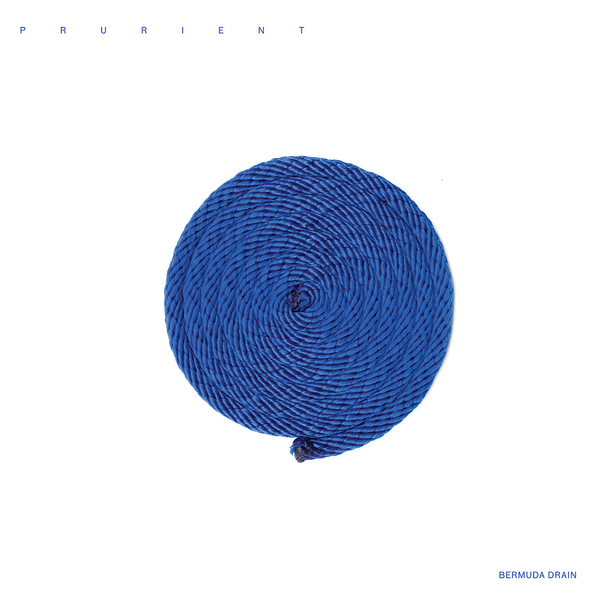 Dominick Fernow leads something of a double life as an artist. As a member of Cold Cave, he plays part in a synth-laden post-punk outfit, heavy on hooks and tightly wound song structures. As Prurient, however, his art occupies a different realm entirely. Fernow has released numerous albums, cassettes and CD-Rs over the past decade, exploring harsh, experimental electronic textures. Some compositions veer toward ambient, where others are pure noise, and keeping track of the catalog at this point is a daunting task, to say the least. Yet, both with Cold Cave and Prurient, Fernow engages in a dark and dramatic type of music. Sure, they don’t sound much alike, but the common thread is easy to find, despite the disparities.

With Bermuda Drain, that common thread grows ever more apparent, though the disparities are in no way diminished. Prurient’s first album for Los Angeles-based metal imprint Hydra Head, Bermuda Drain is more explicitly song and melody based. It’s still a bit of a stretch to call it a “pop” album, though; synth-driven primal scream therapy is probably a bit more accurate. Fernow’s compositions lean heavily on darkly ethereal synthwave structures, often sounding oddly similar to those on Emeralds’ excellent Does It Look Like I’m Here?, albeit much more disturbing, and often accented by Fernow’s own blood-curdling screams. It’s the kind of music that sounds best after midnight, but, not coincidentally, the kind of album that could very easily give you nightmares.

The very first sound emitted from Bermuda Drain is a wordless scream, inviting the listener into a realm of intrigue, fear, pain and emotional vulnerability. This should serve as a warning to anyone the slightest bit squeamish, especially as it pertains to highly personal confessions bleeding from one’s own self-shredded throat. But for those who haven’t fled in terror, the song attached to that scream, “Many Jewels Surround the Crown,” is a powerful introduction to the album, heavy on pulsating synthesizer and noir-like narration. However, “A Meal Can Be Made” is much more straightforward, a beat-driven synth-punk rager complete with hardcore vocals. And “Palm Tree Corpse” is a beautiful piece, even hypnotic in a way… that is until Fernow lets out a series of highly unsettling screeches.

Some of the album’s most compelling sounds lie within its final three tracks. “Let’s Make a Slave,” a gorgeously layered juxtaposition of synth layers and spoken word, finds Fernow punctuating a stunning soundscape with odd statements such as “Give birth to something old.” The slowly paced “Myth of Sex” is an ominous, yet melodically stunning death march. And closer “Sugar Cane Chapel” is simply marvelous, an epic and dense capper to an album that drains the listener quickly but effectively. On first listen, and even on a second or third, Prurient’s Bermuda Drain can be a lot to take in one sitting. Fernow’s approach is a highly confrontational and intense one, and though there are moments of quiet serenity on this album, there are just as many of total annihilation. Yet it’s precisely this kind of album that can tap into feelings the listener may not have comfortably explored before, unearthing that strange mixture of terror and awe that can very abruptly remind you that you’re alive.

Stream: Prurient – “A Meal Can Be Made”