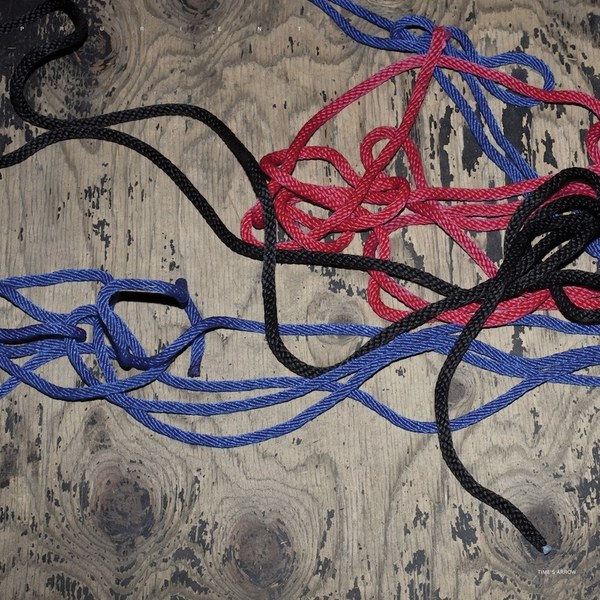 Dominic Fernow, the sole voice and producer behind noise/dark ambient outfit Prurient, really loses his shit in a live setting. A Prurient live set, to the uninitiated, ultimately comprises 20 minutes of intense, throbbing synthesizers and Fernow screaming at the top of his lungs into two microphones simultaneously. It doesn’t so much feel like a rock `n’ roll show as performance art, or maybe primal scream therapy, and maybe even an exorcism. That’s to be expected of Prurient, but he seems just as unhinged and over-the-top when manning the synthesizers in his other band, the much more danceable and audience friendly Cold Cave. If anything, however, it’s not the manic, terrifying element of Prurient that’s become an increasingly visible part of Cold Cave, but the reverse; with this year’s darkly alluring Bermuda Drain, and its companion EP Time’s Arrow, Prurient is quickly becoming a more melodic, albeit no less disturbing musical vessel.

An extension, of sorts, of Bermuda Drain‘s dystopian nightmare narrations, Time’s Arrow combines the synth-heavy, dark industrial tones of Fernow’s newest full length with the pure, ear-splitting noise of his older albums. It’s far less cohesive in that respect, in that the five songs presented here don’t necessarily all seem to fit on the same EP, not in any logical sense. But when viewed as two halves, the picture seems a little less jumbled. The title track and its shorter, “Unsolved” version, are the true highlights of the EP, epic in atmospheric scope, and even quite stunning in their juxtaposition of sputtering machine beats, moody sci-fi synthesizers and Fernow’s detached soliloquy about smoke being reversed back into cigarettes. The other three tracks, meanwhile, drop the melodic approachability for dirty, invasive indulgences into harsh ear canal destruction via high-pitched static and Fernow’s maniacal screams.

Given that noise is ultimately at the heart of what Prurient has been all about from the beginning, those who have spent a fair amount of time with Fernow’s catalog likely won’t be surprised with the sudden shift toward speaker-blasting menace. It just so happens that there are two impressive and highly melodic mood pieces here that ultimately render those noise exercises a little disappointing by comparison. Still, those looking for a harrowing listening experience need only remember that Fernow’s the man for the job, he just happens to likewise excel at darkly haunting and much more aurally seductive soundscapes.