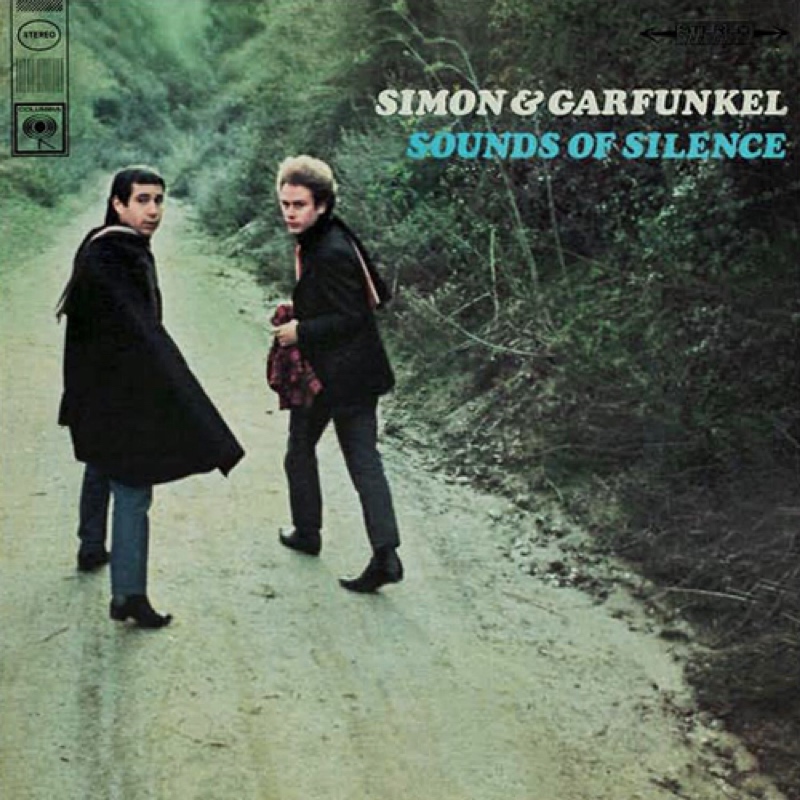 Those who have seen Cameron Crowe’s 2000 film, Almost Famous, may recall the scene in which Frances McDormand’s character is scolding her daughter for having a copy of Simon and Garfunkel’s Bookends hidden in her bedroom. That the duo’s innocent look and sweet melodies could be perceived as “dangerous” is part of the joke; though methinks Crowe was selling the group short. Sure, Paul Simon and Art Garfunkel didn’t wear leather pants, play masturbatory guitar solos, scream like caged animals or have a mythology involving experimentation with cocaine, groupies and sharks. But there was an extremely dark thread running through Simon and Garfunkel’s records.

Bookends and Bridge Over Troubled Water have often been considered the duo’s best albums. And most people are more familiar with The Graduate, but Paul Simon and Art Garfunkel made something unique with Sounds of Silence, an underdog among the group’s more popular albums and one of the most criminally underrated albums of all time. Many criticized the album as being “hurried” or “inconsistent,” but what makes it interesting is that the band created more of a folk-rock album, rather than simply a folk one.

The quasi-title track, “The Sound of Silence,” was originally included on Simon and Garfunkel’s first record, Wednesday, 3AM in simple, stripped down form. The version on Silence, however, was given a rock makeover by producer Tom Wilson, giving the song a full-band electric arrangement that added some punch to the otherwise bare and eerie track. Lyrically, Simon and Garfunkel put forth dark and powerful imagery like “the words of the prophets are written on subway walls and tenement halls” and the immortal opening lyric, “Hello, Darkness, my old friend.” The song was later parodied on The Simpsons as “The Sound of Grandpa,” to much hilarity.

Many of the other songs on the album have more of a rock feel to them than the rest of Simon and Garfunkel’s catalog. “Blessed” is a woozy waltz, reminiscent of the Byrds’ psychedelic work. In this song, the duo take on the statement that “the meek shall inherit the earth” by stating that the outcasts of society, from “penny bookers” to “cheap hookers” are all, indeed, blessed.

“Leaves That Are Green” has a sprightly melody played on harpsichord that seems to contradict the melancholy lyrics of love gone bad. Simon sings, “the leaves that are green turn to brown” which echo later in Bookends‘ “Hazy Shade of Winter” when the duo sing, “look around/leaves are brown.”

But things only get darker from there. “Somewhere They Can’t Find Me” borrows the opening lick of “Anjy” (a British folksong also featured on the album) and adds trumpet and Rhodes piano, turning a simple folk tune into a bouncy pop song that wouldn’t be out of place on a Love record. Lyrically, Simon and Garfunkel sing far-reaching harmonies of being an outlaw, lonely and isolated, culminating in a strangely catchy chorus of “I slip down the alleyway/ slide down the highway/ before they come to catch me I’ll be gone/somewhere/they can’t find me.”

They then try their hand at a musical adaptation of Edward Arlington Robinson’s “Richard Cory,” a poem written about a millionaire who kills himself. The song version stays faithful to the original poem, though this track stands out for its rubbery bass hook, one of the finest moments on the album. But “A Most Peculiar Man” is one of the more disturbing tracks on the record, a tale of another suicidal character who is looked at as an outcast and even in death, his neighbors can’t get past how different he was than them.

Closing track “I Am A Rock” ends the album with an arrangement similar to the beginning title track. This song was also a hit for the duo, though sounds surprisingly upbeat, despite its cold lyrical content. The song is a close cousin to Brian Wilson’s “In My Room,” with verses about an isolated young man who keeps to himself and insists on his self-sufficiency despite living in a big city. Its “alone in a crowd” theme does border on cliché, but the lyrics are written well enough to defy a classification of triteness.

Bookends may still be considered Simon and Garfunkel’s best album. And Bridge Over Troubled Water may be their most popular. But there’s something special about Sounds of Silence that neither has. It’s a little snottier, a little darker and a little more raw. This album is anything but silent.