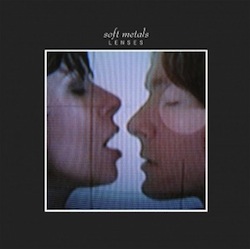 We all know one of those people. You know who I’m talking about — the ones with vague and half-cocked (perhaps slightly ignorant) convictions against the idea of “new.” They can’t form empathy for the recent waves of expression sweeping across society. You can’t discuss relevant culture with them because they dismiss the contemporary thoroughly and with a vengeance. If it were up to them, everyone would go back to doing things like they used to — or, at least, how they remember what “used to” means. I know one of those people, because I was one of those people.

Before I became a music critic, that is. What, you thought I was talking about something else? No worries. You’re not in the exquisite, writing-induced thrall of a smoothly deceptive bigot. You are in the exquisite, writing-induced thrall of a recovering, closet classicist. But, you know, being an exclusive classicist and a bigot really aren’t oceans apart (besides the hate) when you’re dealing with music. They’re both uniquely awful. A bigot is a bigot, and Aristotle has more than a few ways to explain how miserable that is. But a music prude who lives in the past also lives in continual disconnection. Ultimately, neither is worth it. So, even if music today, on average, truly is SO MUCH WORSE than the 70s or 80s, the best bet is still to look for the silver lining.

Personally, I first struck silver in electronic music. It was Vocalcity. And that was just the surface. I’ve come to realize that there’s more than enough quality interspersed throughout electronic music to make it worth your while. In fact, I’m pretty sure that our boldest musicians are making the best experimental music today on that limitless (seriously, limitless) canvas. Right now, though, I’m looking at a different part of that same canvas, where Soft Metals and their new album, Lenses, reside. Though it’s not groundbreaking on the level of the albums courteously hyperlinked for you above, it offers a respectable medium between challenging and tired. The duo’s primary strategy here is to pair the cold artifice of programmed loops and beats with the only-slightly-warmer vocals of Patricia Hall, who has almost certainly listened to a lot of Nico in her time on this earth. Hall’s presence as frontwoman allows Soft Metals to effectively build on the work of other female-fronted electronic groups, so, of course, euphony and easy-listening are no problems. And when they’re on, e.g. standout tracks like “Tell Me,” “Hourglass,” and the long closer “Interobserver,” they’re really on, providing some surprisingly textured music and an occasional instance of really sly counterpoint. But…the album doesn’t quite work entirely.

If you’re only interested in individual tracks, take the three I just mentioned and go. If you’re looking for an album that transcends the sum of its parts, you’re going to be disappointed. Again, there is nothing really unpleasant about Lenses, per se, but it definitely has issues with balance. At points, it seems like the album just doesn’t really have anything going on. And I don’t mean that it “doesn’t really have anything going on” in the Future Days sense, either. That’s the problem. Lenses strives to entrance or soothe, but the tracks are anticlimactic and fall off too early; Hall doesn’t quite know how to hit that sweet spot like Nico yet; and there are just too many spots where the music gets plain feeble.

There is certainly potential here, though. And if you think that this review means you should write off Soft Metals, you’ve misinterpreted me. I’ll be listening to their next record when/if it comes out, and for you to not do the same because of what you’ve just read…well, that would be closed-minded.

Nite Jewel – One Second of Love