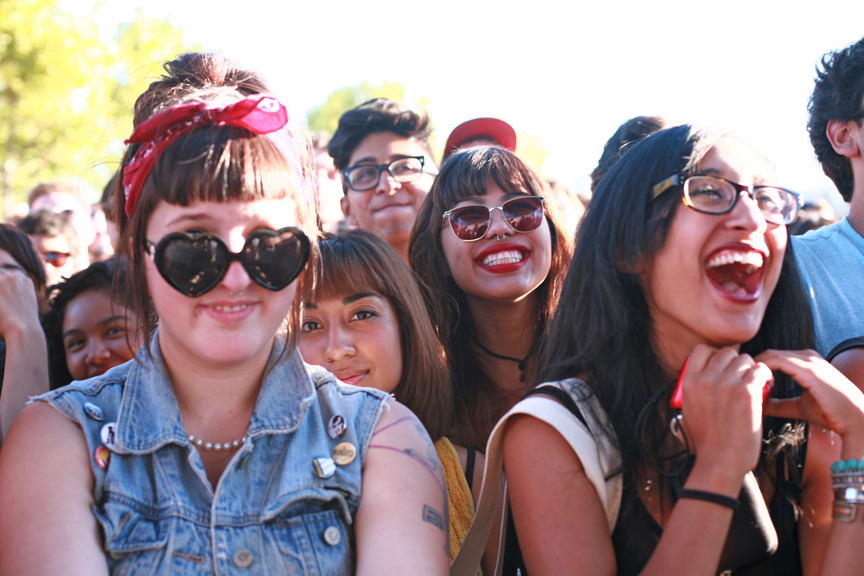 With SXSW and Coachella behind us — one weekend of it anyway — festival season has officially begun. It’s both a blessing and a curse. On one hand, it means that your favorite bands are probably touring right now. On the other hand, if the closest tour stop to your city is a festival, it might mean having to shell out some extra cash to see them. In the interest of doing a public service to our readers, we thought it a good idea to round up a list of 1o of the most interesting/promising festivals happening this spring and summer, with all the info needed to make the best decision on how best to cram in a weekend of music, beer in plastic cups, sunburns and good times. We’re only looking out for you. Take notes.

Cons: There’s a good chance you won’t remember everything that happened; dirty hippies.

Cons: If you need a break from metal, you’re kinda out of luck.

Pros: Four days of music rather than three; probably the most diverse lineup outside of Lollapalooza; cheaper shower fees than Bonnaroo; the beauty of the Pacific Northwest.

Cons: That fourth day might be a breaking point; Strange abundance of douchey DJs; per Treble’s Donny Giovannini, “an insufferable man in a Sasquatch costume.”

Pros: Better hardcore and metal lineup than most other fests; Austin is always fun; Little to no likelihood of product placement; Smaller and more intimate shows (aka no jumbotron); bat season.

Cons: Some shows might fill up quickly; reminders of what went wrong at SXSW; Austin heat in June; waking up with more bruises than usual.

Pros: Kanye!; New York City is more fun than the desert (and you can actually find a hotel room); ping pong and croquet; the food selection looks unusually delicious.

Cons: The ubiquitous Lumineers; the commute to and from the island will probably be a clusterfuck; New York is also pretty damn hot in the summer.

Pros: Swans!; Possibly most diverse lineup of any summer festival; Broo’ers festival with more than 20 breweries.

Pros: Extremely wallet friendly; almost everyone on the lineup is worth seeing; no Mumford; no Lumineers; again – Swans!

Cons: There is only one metal band on the lineup; Joanna Newsom is billed higher than Yo La Tengo; obnoxious dorks who will battle each other over R Kelly fandom only to bounce after one chorus of “Ignition”.

Cons: Every band ever also means The Lumineers and Mumford and Sons; Scheduling conflict likelihood is pretty high; Chicago heat in the summertime? Yikes.

Pros: High likelihood of Jay-Z appearance; price is surprisingly reasonable; they won’t run out of beer.