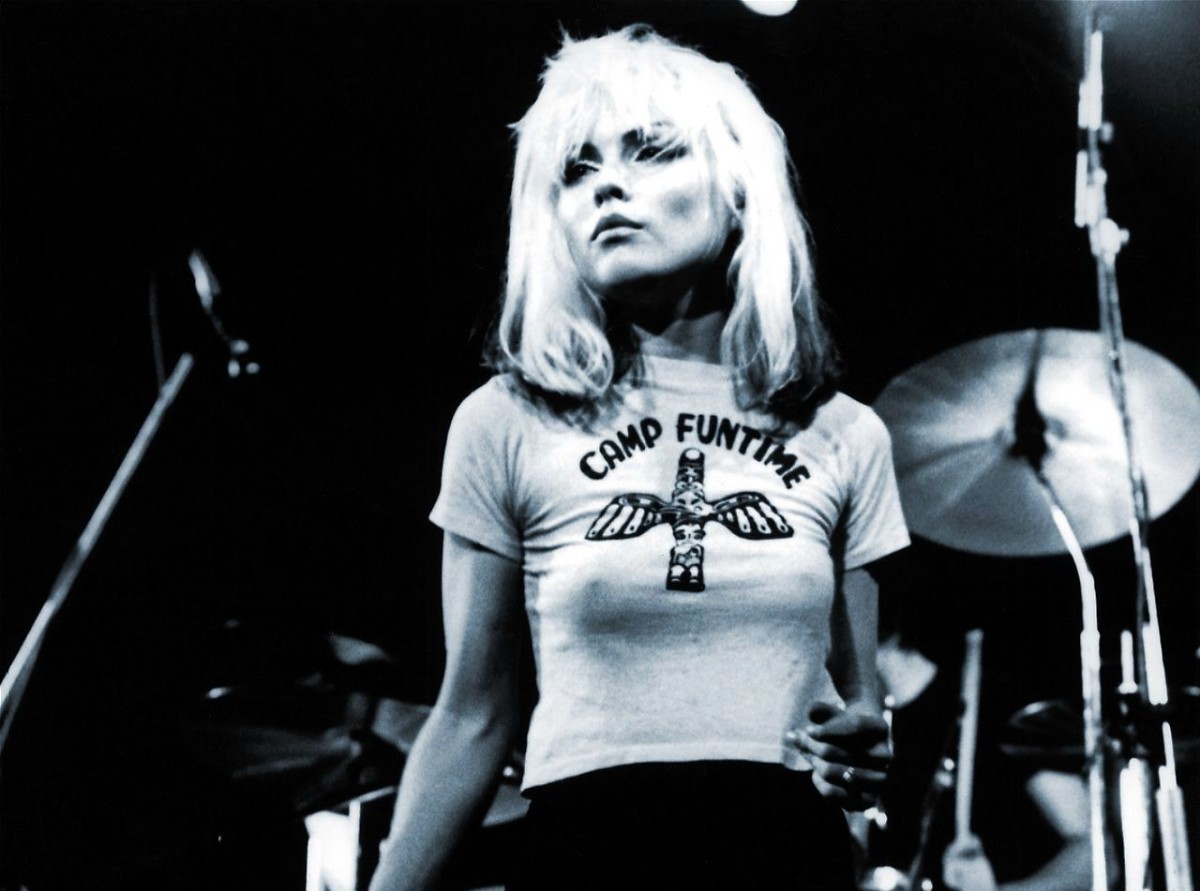 Originally released by The Nerves, 1976

Usually a cover will pay some sort of tribute to a much higher musical entity as homage to a hero, an influence, a personal favorite, or the like. In Blondie’s case, Parallel Lines’ classic cover of “Hangin on the Telephone” unearthed power pop’s best kept secret in 1978: The Nerves. With the original recorded just two years prior, the short-lived Los Angeles trio would accidentally pen Blondie’s striking opener to their seminal release, unintentionally setting the stage for one of the best covers of all time. While the original remained mostly unheard on an eight-minute EP released in 1976, Blondie’s cover stays true, properly maintaining the raw vitality of the original. But Debbie Harry and friends bolster the radio-ready track with enlightened pop sensibility, igniting a version preference debate that is sure to last forever. – Patrick Pilch 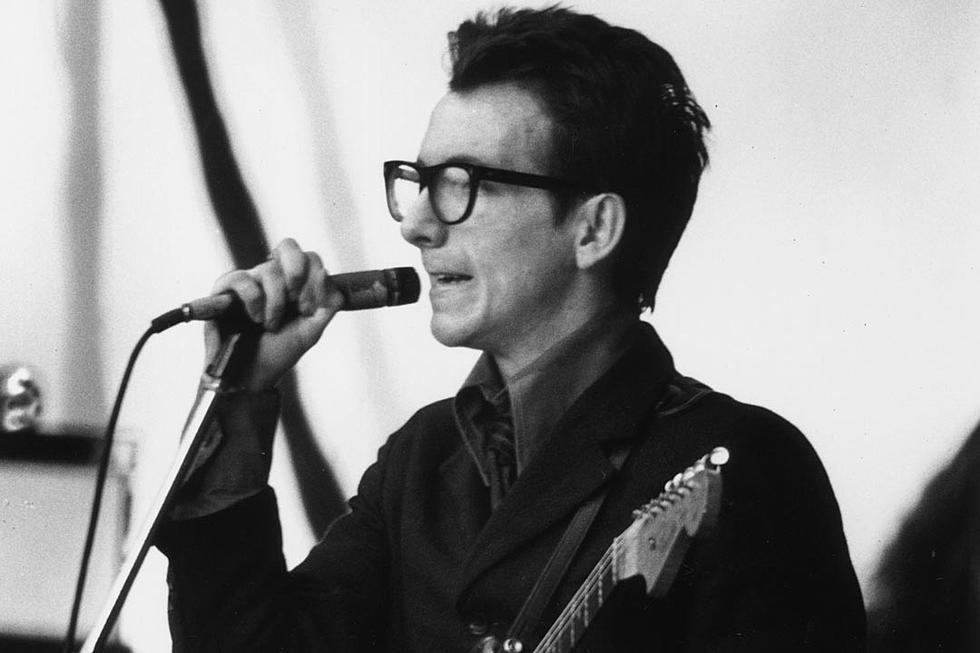 One of Elvis Costello’s most defining early songs was slipped in at the end of the American release of his third album, Armed Forces, and it’s a curious epilogue. After a series of quarrelsome songs using militarism and bureaucracy to depict relationships in chaos, Costello’s aggressive closer angrily defied everything he’d just sung in a heartening call for a cease-fire. The lyric wasn’t as thick with detail as his other songs—and that’s probably because, as many are still surprised to find out, Costello didn’t write it. His producer Nick Lowe penned “Peace, Love, and Understanding” for Brinsley Schwarz, the pub-rock band that informed a lot more New Wave and punk music than they get credit for. Costello maintained the jangly drive of the original recording, if not its thick three-part harmony, and sang it with a bit more snap than Lowe’s sympathetic drawl. There’s one discordant note about the Brinsley Schwarz version: Even though he wonders why people laugh at basic human decency, there is no question that Lowe’s spoken interlude—“We must have peace/More peace and love/It’s just for the children/Of the NEW generation!”—has more than a little tongue stuffed in cheek. – Paul Pearson 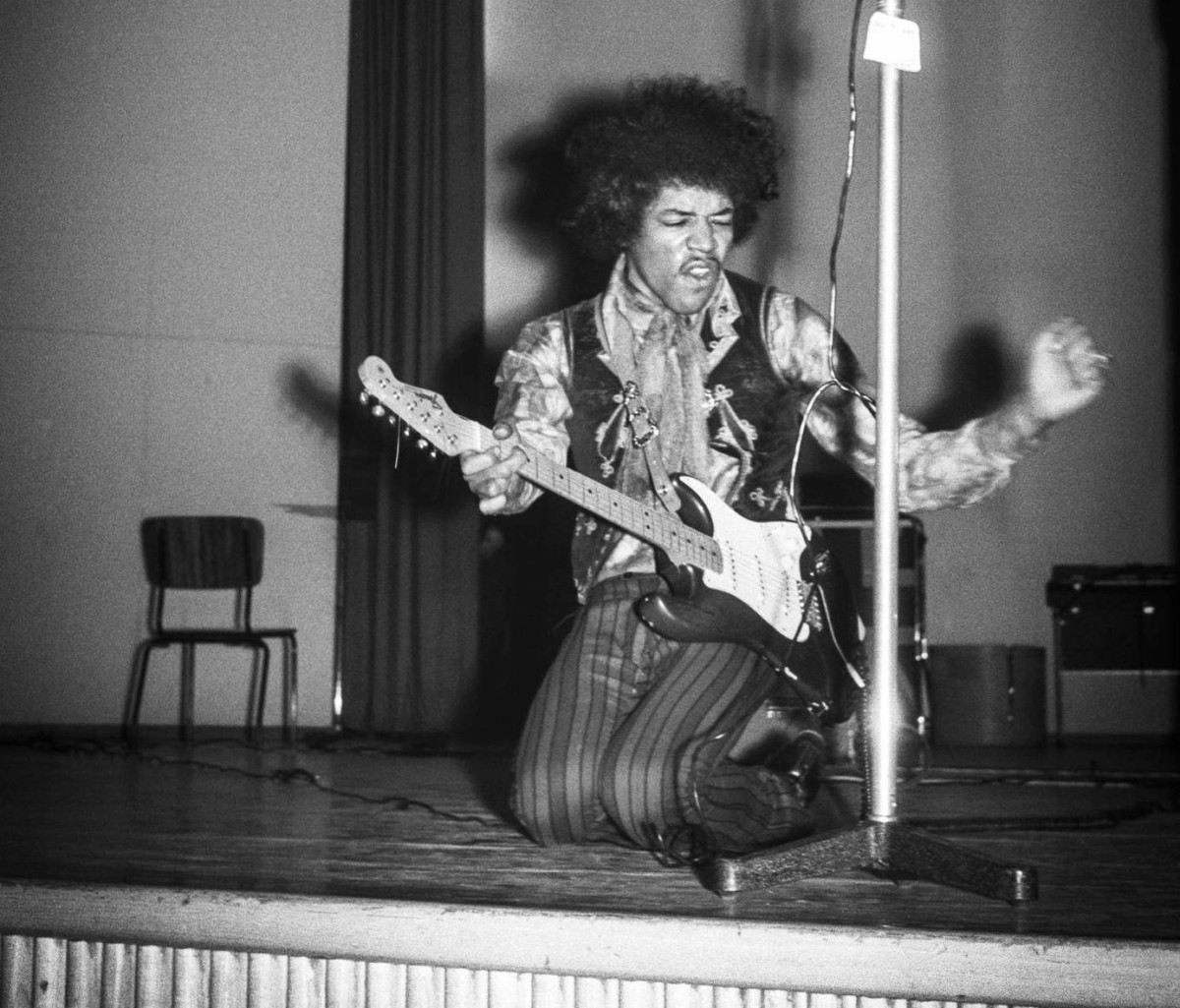 When a song becomes this ubiquitous it is nearly impossible to track its lineage. Bob Dylan penned the original, interweaving it with religious allegory, and through some force of nature it fell into the hands of Hendrix. Years later the exact route it took from Bob to Jimi became a point of debate. Ask his girlfriend and she’ll tell you he bought the album that housed the track like everyone else, his publicist says Dylan gave him an early copy. Nowadays it hardly matters. Hendrix’s version became a soundtrack for the chaos of the late ‘60s and early ‘70s, a protest anthem to the Vietnam War, or a showcase for Hendrix’s obsessive overdubbing guitar genius. Writing about such a worshiped treasure of rock ’n’ roll 50 years after its release can feel like a futile effort. Dylan said it best: “It overwhelmed me, really.” – Wesley Whitacre 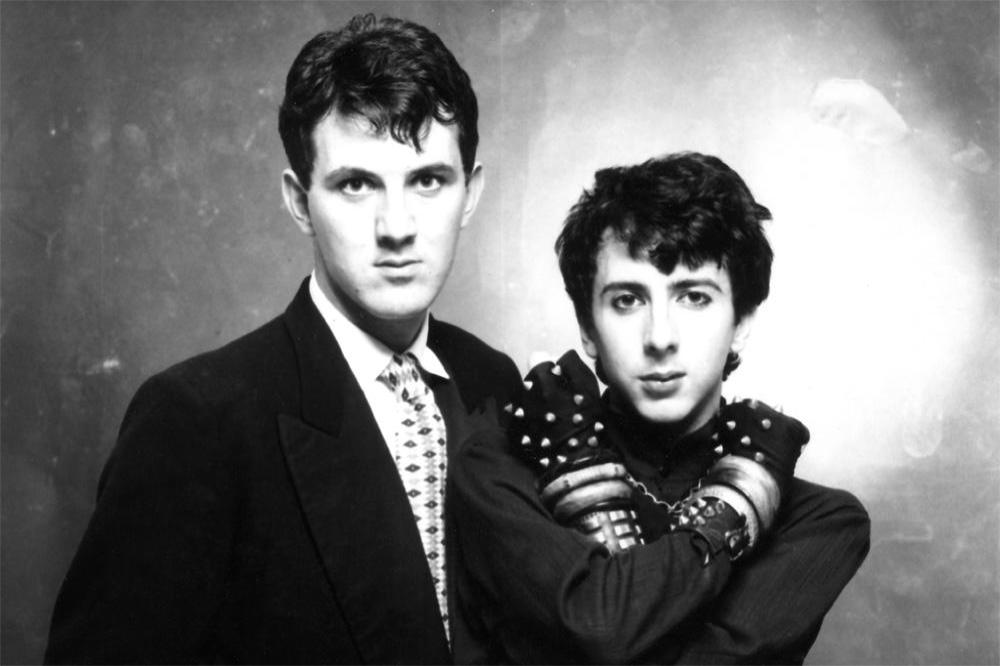 Long before it became the soundtrack to an infamous vine, Soft Cell picked up the song featuring “dun dun” from Gloria Jones, who had recorded the Ed Cobb track in 1964. Soft Cell’s rendition went on to become the best-selling single of 1981 in the UK, and eventually entered the Billboard Hot 100 in January 1982 at number 90. The vocal track was Marc Almond’s first take, and the synth-pop hit was recorded in a day and a half. Before its official release, Soft Cell performed the song in their live set, choosing it over Frankie Valli’s “The Night.” – Virginia Croft

Originally released by The Four Lads, 1953

Songwriters Jimmy Kennedy and Nat Simon wrote “Istanbul (Not Constantinople)” on the 500th anniversary of the fall of that Turkish capital city. The Four Lads came down from Canada and made it into a hit in 1953, and it found its way into our cultural lexicography as one of those songs that you knew you knew, but didn’t know where you knew it from. They Might Be Giants reinvigorated it by playing it about 50 percent faster and adding John Linnell’s signature accordion, and it fit perfectly on their breakthrough 1990 album, Flood. John Flansburgh’s unmistakable baritone in the breakdown and the lyric “People just liked it better that way” are nods to the original recording, but anyone born after 1980 associates “Istanbul” with these college-rock pioneers. – Chad Gorn 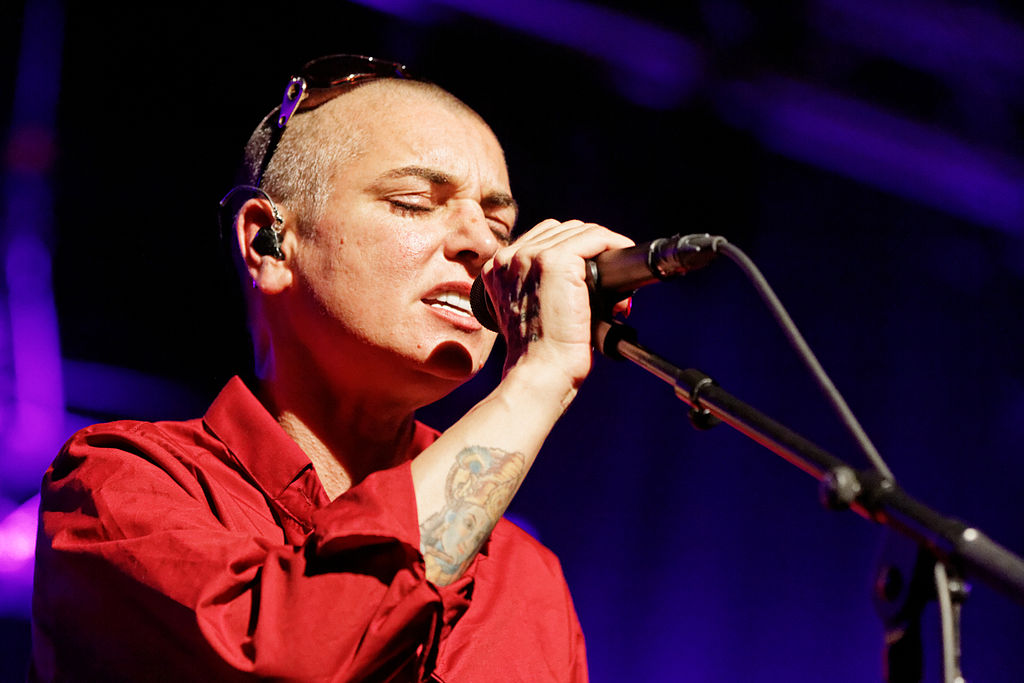 Originally released by The Family, 1985

Determined to make the 1980s purple, on radio and screen Prince spun a web of musical relationships throughout and beyond Paisley Park. For all of their talent a lot of these acts seemed transparent and self-serving, with Prince-selected players performing work he wrote or produced: Morris Day and the Time, Apollonia, Vanity 6, Sheila E., you get the gist. Especially lost in this sputtering hit factory were a band called The Family, featuring members of The Time and relatives of other Paisley associates. Their 1985 album of synthesized R&B was particularly directionless even for Prince material, and ultimately forgettable. Yet one of the eight people who heard it turned out to be Sinead O’Connor, who loved its left-of-center ballad “Nothing Compares 2 U.” With expectations sky-high after The Lion and the Cobra, she worked with producers Nellee Hooper (Soul II Soul, Massive Attack) and Chris Birkett (Talking Heads, Mel Brooks) to reconfigure it for her second album. The song was created for a beloved housekeeper who had died in Prince’s youth; O’Connor performed it thinking of her late mother. The final arrangement merged her expressive voice with spare, dirge-like synthetics, but the master stroke came later in John Maybury’s directorial decisions for its music video. He focused on a static closeup of O’Connor’s face, and her genuine tears near the end of the clip confirm that The Family missed the point just pining for an old girlfriend. Grief can inform great art, but sometimes it takes a different artist to actually make it. – Adam Blyweiss 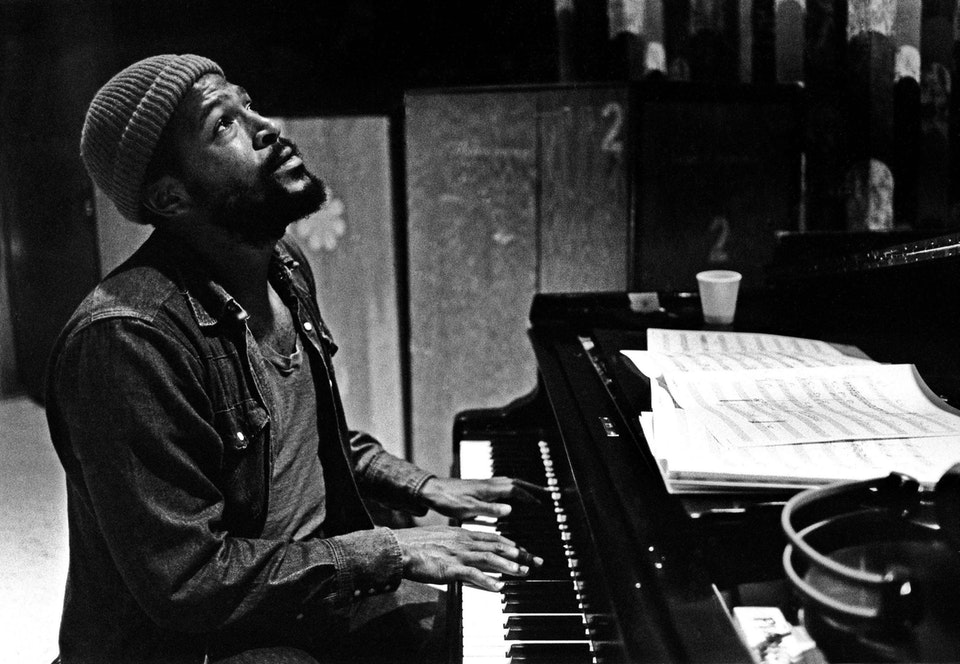 The story goes that Marvin didn’t even want to record this song. Gladys Knight had a top-ten hit with it the year before, and it would’ve been reasonable for him to worry that his version wouldn’t break through. But from the moment that Earl Van Dyke’s organ kicks in, it’s clear that there was no stopping this train, a vehicle for one of Marvin’s greatest vocal performances. Every jump to falsetto is perfectly executed, every run rendered crisply and smoothly by his unmistakably warm, religious tenor. There was no way this song wouldn’t work. Because no one sang soul like Marvin. No one ever will. – Ben Dickerson 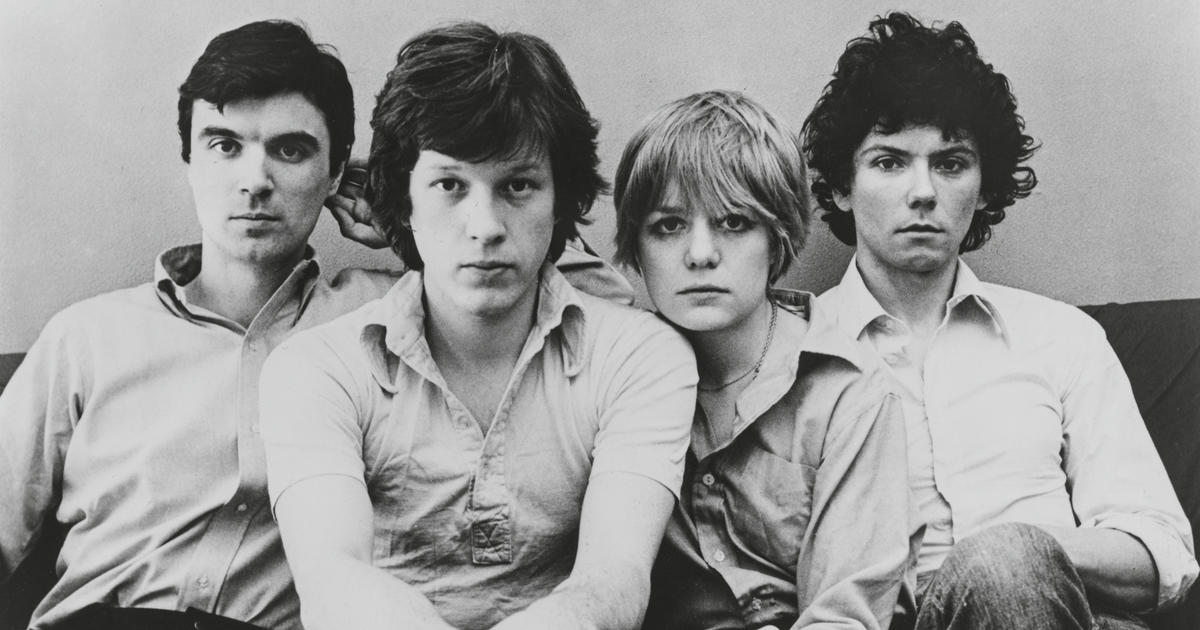 The thing that makes this cover great is its idiosyncrasy. Talking Heads eliminate the youthful horns of Al Green’s original “Take Me to the River” in favor of off-kilter keyboard strokes, wavy guitar riffs, and what sounds like the occasional plink of a xylophone. The opening drum beat kicks off a cheeky sensibility, projecting the notion that what’s to come will be less of an emotional jaunt than its earlier renditions. The result of their efforts is a well-crafted blend of soul and pop that indeed moves like the winding of a river and finishes with a slight dizziness left by the crush of distortion. – Paula Chew 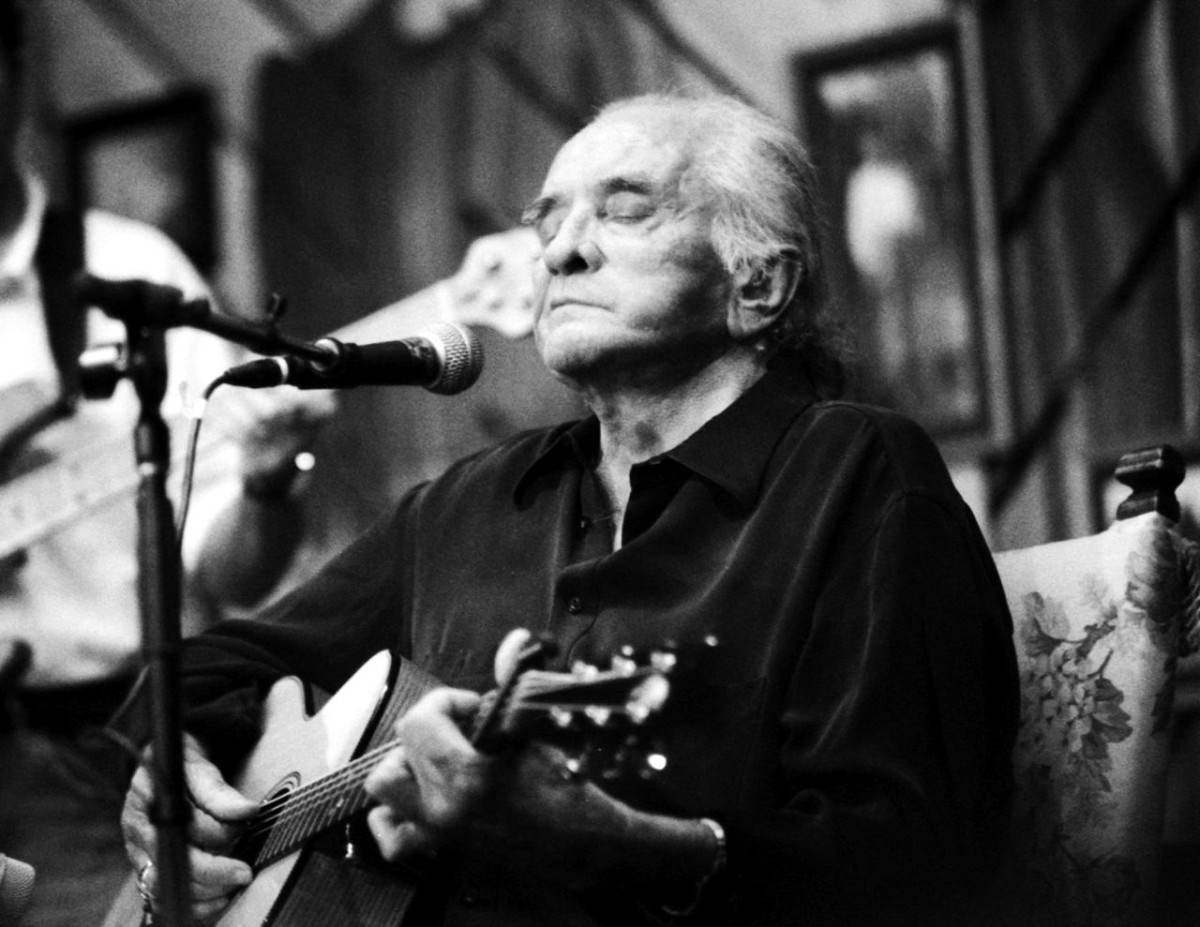 A good cover provides a new context, changing its sound or arrangement to reveal something new in a familiar song. A great cover gives an existing song entirely new meaning. In the ‘90s, Johnny Cash, working with famed producer Rick Rubin after a bit of a career slowdown in the prior decade, found inspiration in the songs of contemporary artists such as Danzig (another Rubin collaborator) and Beck. And that continued up through his final recordings, with his haunting reinterpretation of Nine Inch Nails’ “Hurt” as the final single he released before he died in 2003. On the surface, it’s a fairly simple, acoustic performance of the industrial ballad, but the context is turned upside-down, with Trent Reznor’s cry of isolation and depression read by Cash as a meditation on aging and mortality: “Everyone I know goes away in the end.” The video, directed by Mark Romanek, depicts relics of time gone by and the symbolism inherent in a decaying House of Cash museum. When Reznor was initially approached about the song, he was skeptical about the idea. Once he heard the final product, he remarked, “That song isn’t mine anymore.” – Jeff Terich 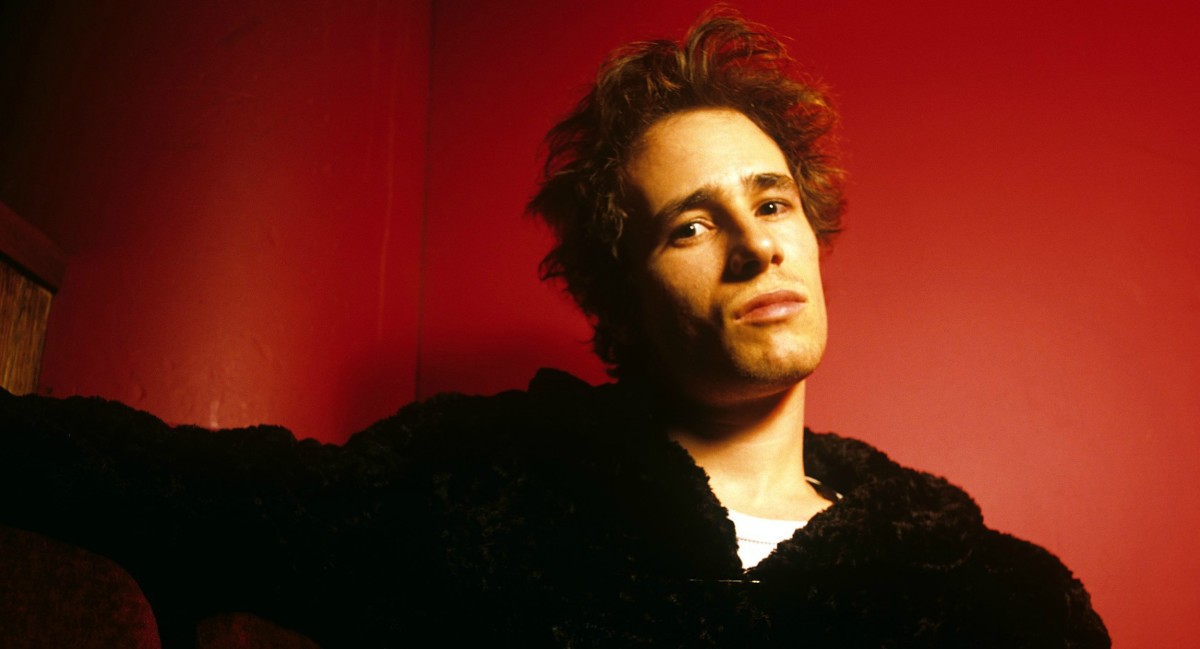 Bob Dylan performed this now-classic song from Leonard Cohen in 1988; John Cale was first to record a cover of it in 1991. Jeff Buckley’s is one of at least 300 known covers of “Hallelujah” since Cohen debuted it on his 1984 album Various Positions. What Buckley brought to the table to set his version apart was his unmistakable voice, effortlessly displaying raw vulnerability. Plenty of takes among those hundreds contain or approach some of Buckley’s qualities; I’m a fan of k.d. lang’s version, for example, yet her very controlled alto croon is no match for Buckley’s sublime, emotive tenor. More melancholy than even Cohen’s matter-of-fact delivery, it’s full of reflective tenderness. When heard in the context of the soulful vocal bombast that comprises the bulk of Buckley’s Grace LP this performance is more sedate, with none of his more Robert Plant-like falsetto explosions. With “Hallelujah,” we get a very intimate, introspective portrait. Where most breakup songs point a finger and feel sorry for themselves, this is a wiser inventory of the dynamic between two people and the power play that held a seductive lure, yet also became their undoing. It’s number one on our list because rather than play off of Cohen’s original, Buckley made the song his own in a way that conveys emotional honesty that resonates with the listener. There is never a note that Buckley sings where I don’t believe him. – Wil Lewellyn