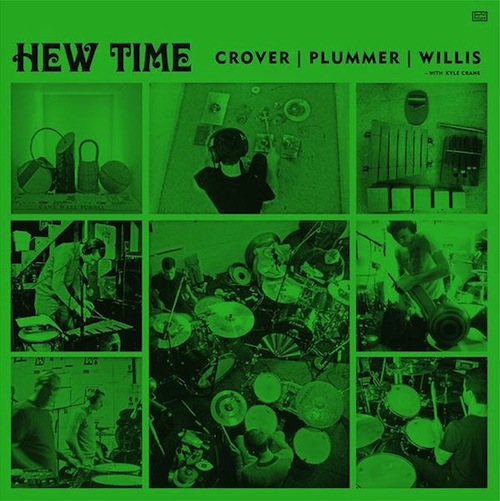 If you know anything about Joe Plummer, you probably have certain expectations from any side project he organizes. The drummer is mostly known for taking up sticks on the latest incarnations of Modest Mouse and The Shins — two acts that stretch the limits of indie rock but still play it pretty straightforward in the rhythm department. And as fun as side-project-trio Mister Heavenly was, it was still in the same ballpark for Plummer: Fun and creative — yet fairly predictable — indie pop.

But there’s a side to Plummer that hasn’t gotten much attention, possibly due to his position as a hired gun in already established and well-loved acts. There’s a pre-set expectation there; Plummer can experiment a bit, but straying too far off the beaten path would make for a rebellious element in a sound that was working just fine without him. (After all, some of the Shins’ best songs don’t even make use of a drum set.) Even with Mister Heavenly, Plummer was supporting two dynamic frontmen — Honus Honus of Man Man and Nick Thorburn of Islands and the Unicorns. Again, he could play around and have a little more fun in the guitar/synth/drums set up, but he was still always positioned in the background. Still, his more experimental element has always been hiding in plain sight, perhaps most evident when Plummer participated as one of 88 percussionists in 2008’s 88 BoaDrum, an 88-minute, drums only performance organized by Japanese experimental rock legends Boredoms.

The Boadrum projects emphasize the talent and relevance of contemporary drummers by pushing them into the spotlight, and it’s with that same spirit that Plummer brings Hew Time to life. Inspired by the experimental jazz created by Max Roach and his M’Boom ensemble, he set out to create a similar project with two of his favorite drummers: Dale Crover and Coady Willis. Crover’s drumming résumé includes Men of Porn, Shrinebuilder and a pre-Grohl version of Nirvana; Willis has played with Big Business, White Shit and Murder City Devils. Both hit the drums for alt-metal titans The Melvins. Point is, between the three of them, Crover, Plummer and Willis have more than enough chops to earn a listen, and that experience shines through in every composition on Hew Time.

A fair warning, though: If you love any band mentioned in the long list above, (with the obvious exception of Boredoms) there’s a good chance you won’t enjoy this record whatsoever. Despite combined tenure in all things indie-rock and metal, there’s no heavy element to the songs here. In fact, by definition, they aren’t songs at all: They’re compositions. While there are moments here that may sound familiar to fans of The Melvins or Mister Heavenly (which is the only previous recording project where Plummer let loose every now and then), what you’ll find here are jazz-rock jams written and performed by three drummers who, despite honing their craft as rock musicians, prove they have a lot more to offer in the way of creativity and flexibility.

Between marching on “Koopolder,” getting tropical on “Sonny Bambo,” and visiting more modern vibes on “Bell Window,” Hew Time technically covers a plethora of genres, but what ties them all together is the notable execution and timbre of these drummers; sounds that we’ve learned to love in the background, coming out front and center. And that seems to be exactly what this project is about: Talented musicians taking a break from their successful, yet slightly restraining careers to enjoy some time for artistic expression with fellow drummers. And, if you can live without much melody for 41 minutes, it’s more than worth your time.