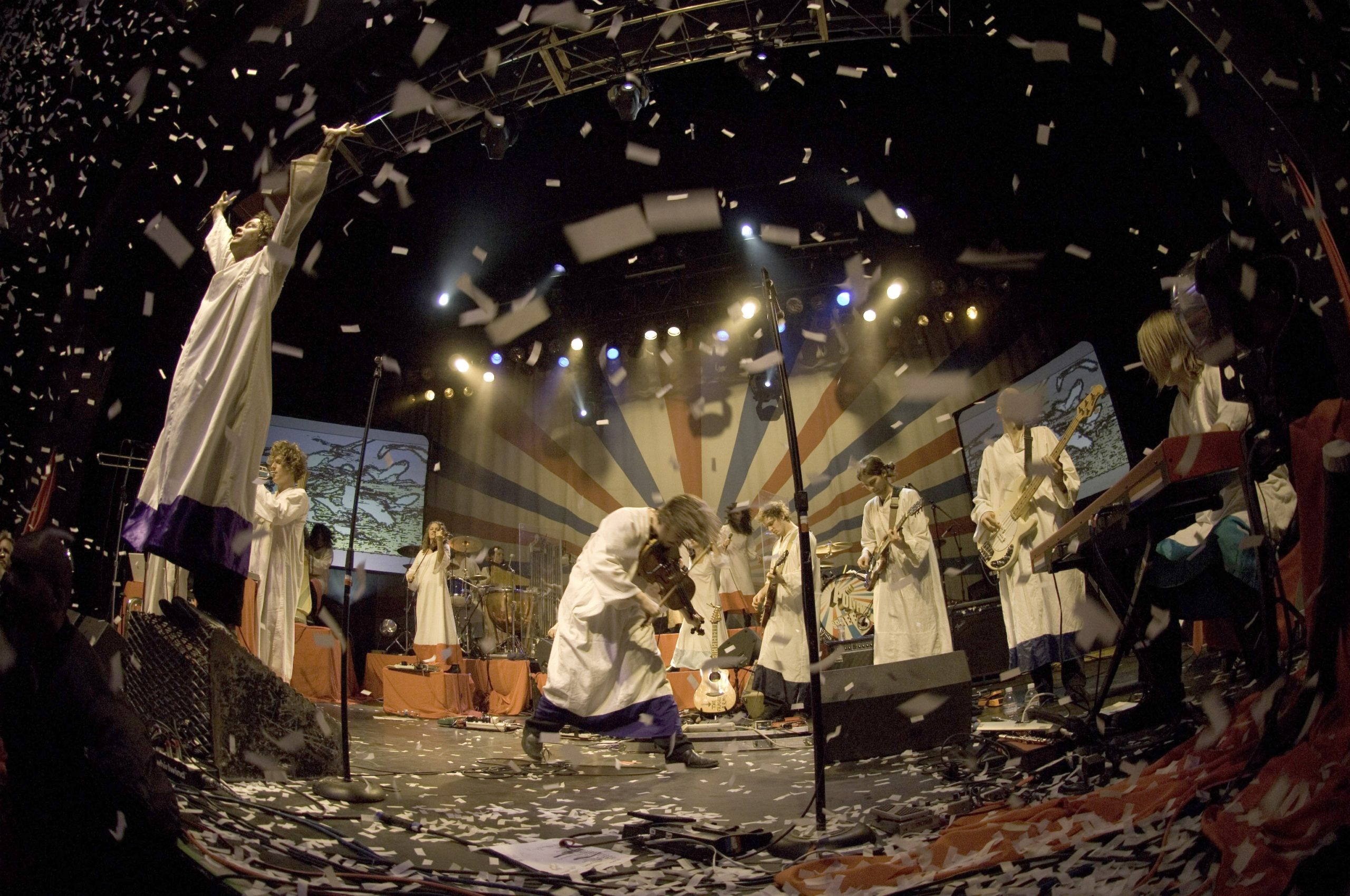 Between freezing weather, gloomy skies, and an insufficient amount of daylight, there’s plenty about Winter to find depressing.  And with the polar vortex at our throats, the season has been extra dismal this time around.  Hell, even those fortunate to live in a warm climate have had to hear the rest of us complain.  But not all hope is lost; us Treble-folk have put together ten songs to help fight your Seasonal Affective Disorder.  Some are plain cheerful, some offer notions to lift your spirits, but all of them should have you lifting your chin up in no time. 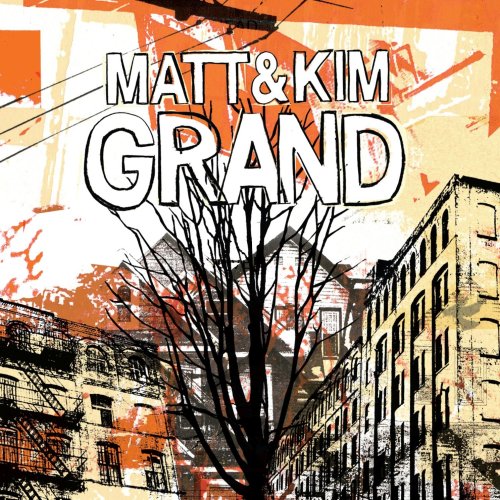 The nebular hypothesis suggests this: Billions of years ago a gravitational collapse caused a bunch of matter to collect- destined to become the sun- and the remaining matter created a flat disk known as the Solar System. The sun is the star making life possible here on earth but, unfortunately, when the seasons change humanity loses some serious bonding time with it.  Matt & Kim pay homage to its warmth with “Daylight,” singing about makeshift shorts, hitchhiking to Maine, and enjoying life in the moment.  Matt Johnson and Kim Schifino, flowing with overwhelming delight, bring us a lively song about the joy of feeling rambunctious; and that can make anyone feel like they’re buying ice cream at the park on a warm, sunny day. – DP 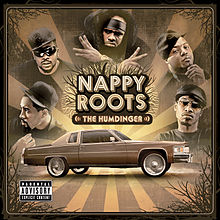 With shorter days, longer nights, and a lack of vitamin D, winter can seem bleak; but sometimes all it takes is a positive outlook to make a day brilliant. Kentucky’s own Nappy Roots often rap about the hardships of being poor in the South, but “Good Day” offers a brief change in tone- its sing-along hook is a commitment to maintaining an optimistic perspective. The group’s verses depict the little joys in life, while acknowledging that having a good day doesn’t mean you have to forget about the hardships that affect our modern world.  And, sonically, you couldn’t ask for more joyful production than “Good Day.”  The Jackson 5-esque blend of perky piano, steady drums and bass, and children’s choir vocals are enough to make the sun shine on any lousy day. – AK 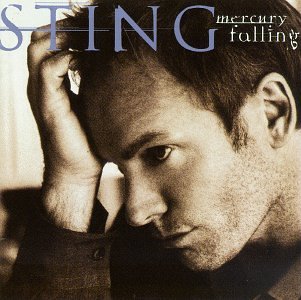 Sting begins Mercury Falling with “The Hounds of Winter,” a uniquely chilly number in which a man sees a bleak link between his wife’s death and the onslaught of the year’s coldest season. But the album concludes with “Lithium Sunset,” a country-tinged ode to optimism in which the narrator exits his depression to discover that even winter is still beautiful. The song’s title hints that antidepressants play a part, but there’s still a simple joy in hearing Sting’s newfound peace with the album’s titular drop in temperature: “Heal my soul, oh lithium sunset / I’ll ride the turning world to another night / And see mercury falling.” – SP 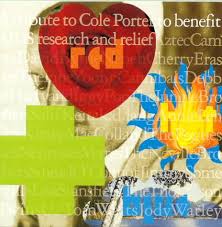 In 1990, David Byrne was a man trying to find his musical sea legs. His Talking Heads were still merely on hiatus after the studio-shiny polyrhythms of 1988’s Naked. Byrne himself put out the similarly tribal Rei Momo in 1989, his first solo album on his brand new world-music label Luaka Bop. When the Red Hot Organization came calling for artists to run through the Cole Porter songbook, this tune- popularized in the 1940s- fell in Byrne’s lap. His sunny Brazilian interpretation of a cowboy song isn’t just a joyful ode to big sky and open road, it’s a clarion call against forces and situations that would prevent such freedom in the first place. Talking Heads folded soon afterward; Luaka Bop survives to this day. This Byrne fella, he’s got a bright future. – AB 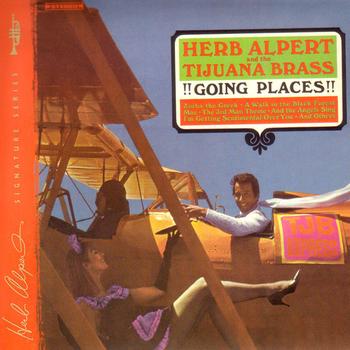 It’s impossible to listen to Herb Alpert’s signature song, “Spanish Flea,” and not crack a smile, or sing along with Homer Simpson’s own made-up lyrics to the song (“He was a little Spanish flea/ A record star he thought he’d be…”). It’s two minutes and five seconds of pure kitsch, a throwback to the swinging, lounge-loving 1960s, where style and silliness went hand in hand. Indeed, it’s about as lighthearted and gleeful as music gets, and it’ll cure the wintertime gloom, guaranteed.  – JT 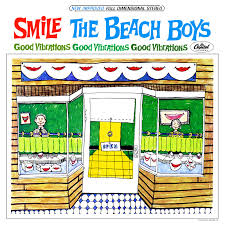 The Beach Boys – “Good Vibrations”
from The Smile Sessions (2011; Capitol)
Buy at iTunes

Sure, almost any Beach Boys song could’ve found a comfortable spot on this list.  Between Brian Wilson’s wacky compositions and the band’s bright sound, it’s hard to make it through any of their tracks without cracking a smile.  But between its strangely endearing use of cello and electro-theremin, extra cheery vocal arrangement, and joyfully bizarre lyrics, “Good Vibrations” is one of the group’s most joyful and memorable compositions. I dare you to make it through this track without grinning once. –AK
(Note: For the purpose of this list, we’re recommending the once lost Smile Sessions version, which features even more psychedelic fun than the original single.) 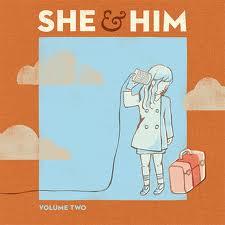 The beauty of Zooey Deschanel and M. Ward’s bouncy ditty “In the Sun” is that the melody is so cheerful- especially in the singalong chorus- that you would swear it was a happy tune. If you heard nothing but “Well all right, well okay..” and “in the sun,” you could go about your life smiling that such an uplifting pop song made it to the airwaves in this decade. But the lyrics are anything but, as Deschanel remarks on guilt and shame, and how the best thing to do is keep it balled up inside and skip along. That in itself is the throwback, as many Beach Boys songs were about longing and desperation, but the tunefulness gave you hope and pulled you away from the doldrums the singer was on about. It’s hard to listen to “In the Sun” (let alone watch the uber-adorable video) without feeling a rush of summery warmth; just don’t listen too closely. – CG 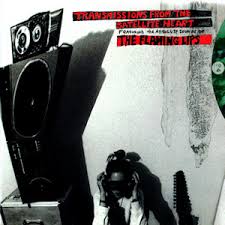 The Flaming Lips – “She Don’t Use Jelly”
from Transmissions from the Satellite Heart  (1993; Warner Bros.)
Buy at iTunes

The Flaming Lips don’t shy away from heavy topics in song, and even some of their most upbeat and beloved songs (“Race for the Prize,” “Do You Realize?”) deal with some pretty serious stuff at the heart of it all. Now, there very well could be a deeper, darker subject matter to “She Don’t Use Jelly,” but that’s not why it became a hit. No, it got the band on Beverly Hills 90210 on the strength of its nonsensical verse about Vaseline on toast and snot on magazines- and its slide-driven riff, which is probably the closest a guitar has ever sounded to a slide whistle. Knowing Wayne Coyne’s penchant for putting a spotlight on mortality, there could be more to this one. Or maybe it’s just frivolous, psychedelic fun. Yeah, we’ll stick with that.  – JT 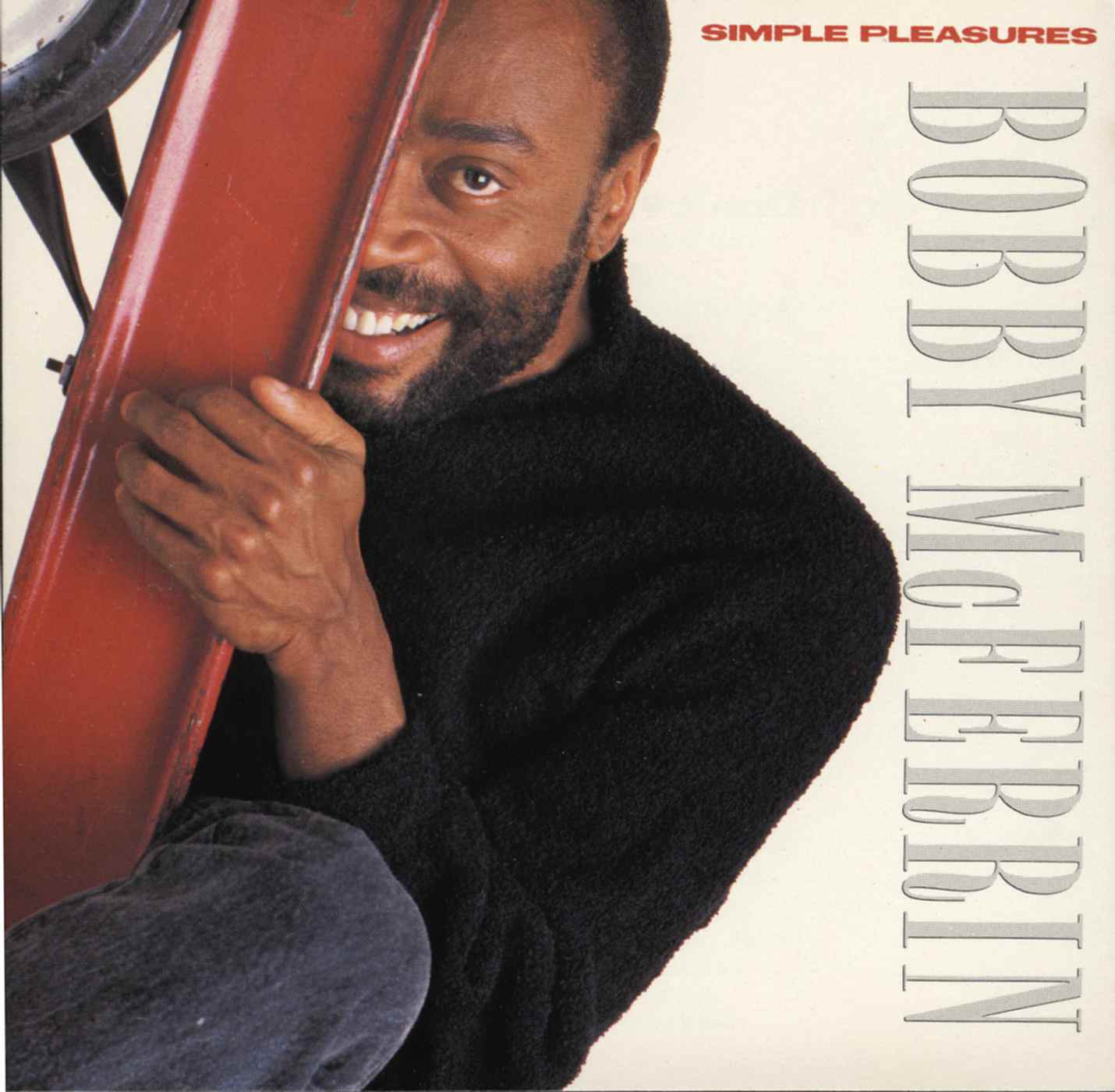 According to health information site WebMD, ways to combat Seasonal Affective Disorder includes light treatment, dawn simulation, and medication; but the entry neglects to mention the power of good ole fashion whistling. With February rapidly approaching and a Polar Vortex behind us, there are many reasons to be cheerful. But some days show how easy it is to take simple things for granted, like being able to wear a t-shirt and shorts outside. Even though the days are too short and there are wind chills around twenty degrees below zero, McFerrin offers some good advice in this timeless classic; a simple reminder that a smile is good for everybody. Winter “will soon pass,” and when it does “celebrate it.” – DP 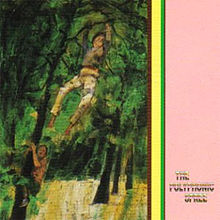 The Polyphonic Spree – “Light & Day”
from The Beginning Stages of… (2002; Hollywood)
Buy at iTunes

I wouldn’t be surprised if breaking news revealed that Tim DeLaughter keeps a glowing, miniature sun in his pocket at all times. Between fronting psychedelic alt-rockers Tripping Daisy and leading the world’s favorite robe-sporting, choral-symphonic pop rock band — The Polyphonic Spree — the man has been radiating positive energy for almost 25 years. But “Light & Day,” his first single with the latter group, might be his shiniest moment yet. After a slow orchestral build, the song erupts into what is essentially a three-minute chorus of optimism; a single melodic phrase consistently urges the listener to “follow the day, and reach for the sun” between a steady flow of similarly spry advice.  One thing is for certain — It’s hard to get through this song without feeling like you’re floating on a cloud. – AK