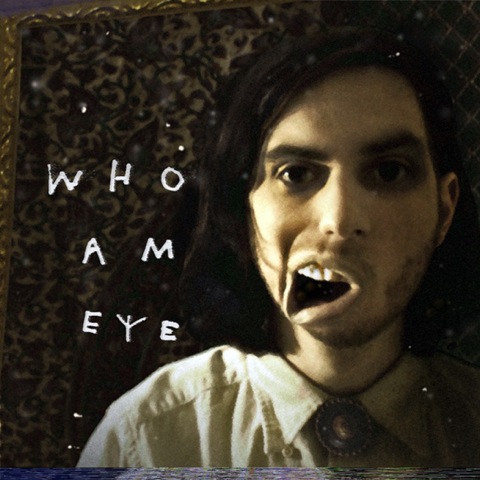 A demonic, pitch-lowered voice bellows, “The Universe unfolds!” A whole mess of psychedelic synthesizer sounds rush in like the Big Bang happening in fast-forward, and in just under 10 seconds, mysterious producer and singer Clarence Clarity unleashes a chaotic and overwhelming R&B galaxy of sounds upon the listener. From “Those Who Can’t, Cheat,” the leadoff track on the pop enigma’s new EP Who Am Eye?, it’s readily apparent that Clarity is a more-is-more kind of guy. Why scale back and simplify when you can bombard the listener with a flood of strings, synthesizers, beats and eerie electronic voices?

Fortunately for Clarence Clarity, this approach works surprisingly well. Given the developments in R&B over the past half-decade, it takes just a little bit something different to stand out, and on Who Am Eye?, it’s unlikely that he’d be mistaken for anyone else. In just 15 short minutes, Clarity holds very little back. The hazy ballad “Off My Grid” is the rare moment of nigh-minimalism, its broken-Jack-in-the-Box drums thumping around a simpler, prettier melody. It fizzles and flutters, and feels like an intermittent transmission from another galaxy — one where everything is futuristic and funky. “Those Who Can’t, Cheat,” on the other hand, is more conventionally groove-heavy, but it’s so packed with peculiar sonic treatments that it comes across feeling a safe distance from conventional. The same can be said for “Golden Gate,” which is, in theory, the slowest track of the bunch, but in practice throbs and wheezes like a slow jam from Trent Reznor.

Clarence Clarity’s aesthetic overwhelms by design, but the beauty is that it doesn’t require all that much digging to find the meat of his songs. The melodies are there to dive into and enjoy, but also have the added benefit of an entire landscape of junk sculptures and industrial topiaries. Spend too much time examining them up close and they might just seem like clutter, but step back a few paces and a more fascinating work of art begins to take shape.