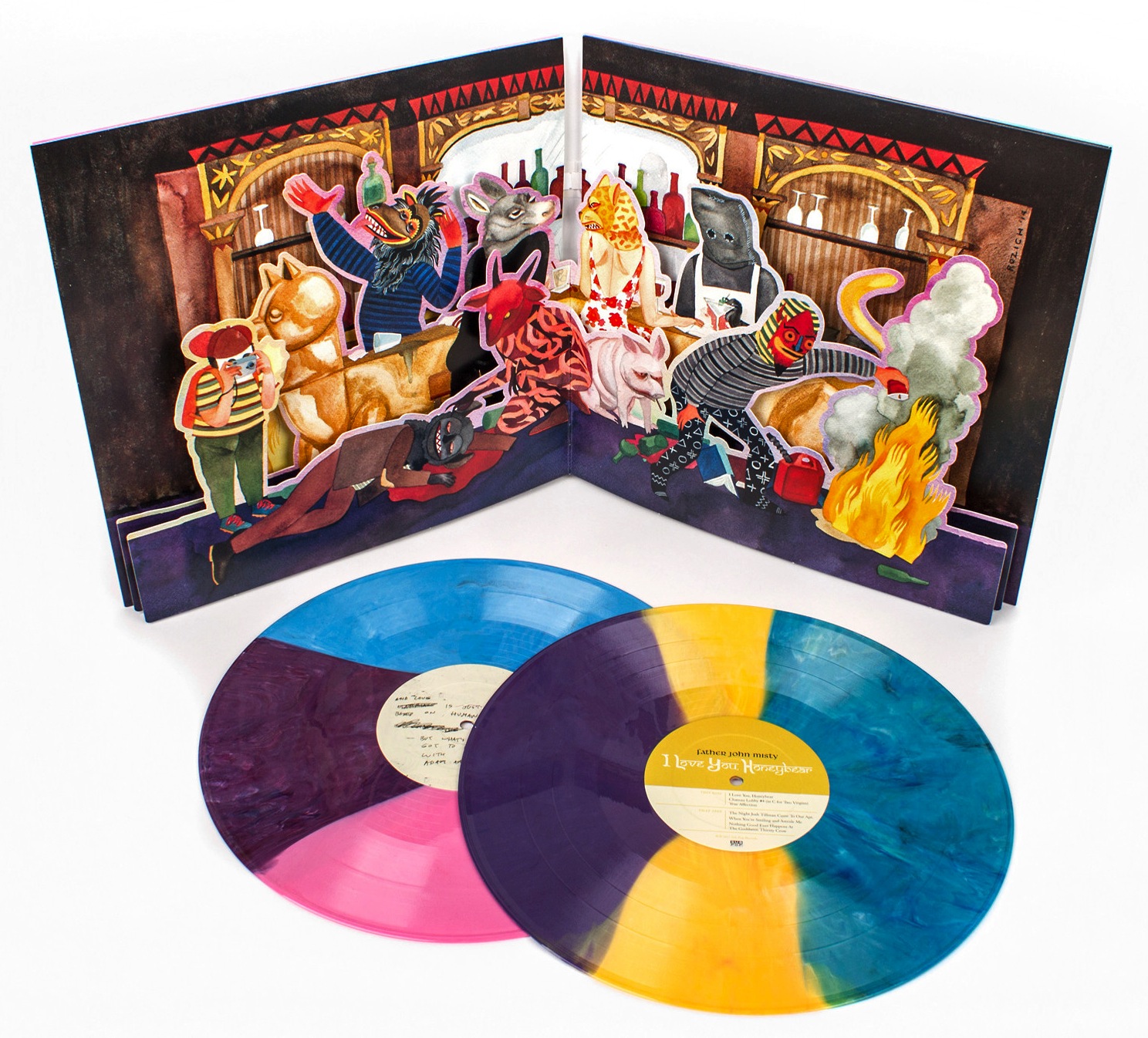 On Tuesday, with our new releases roundup, we shared a picture of the impressive new Father John Misty I Love You Honeybear deluxe vinyl package (seen above), which came out this week via Sub Pop. It’s absolutely gorgeous, of course, but there’s a problem with it: It actually will damage your vinyl.

Sub Pop posted a note apologizing for the design error, explaining that “the extra, bulging thickness of the pop-up art in the Father John Misty jacket creates a lump that, when the LPs are sealed and packed, pushes into the LPs, causing the vinyl to warp and making that handsome, painstakingly and expensively produced jacket an elaborate record-destroying device.” Ouch! Nothing worse than finding out that the beautiful, and somewhat more expensive vinyl package you paid for actually destroys itself.

Sub Pop is rectifying the error by pressing “100% non-warped, colored-vinyl LPs”, which will replace the damaged ones. Those who received the defective LPs can send them back (but keep the packaging!) for non-damaged replacement LPs. In the meantime, that download code still works, and it’s a really good album (read our review if you haven’t already).

Next step: Figure out how to store that replacement LP without retaliation from the fancy packaging.