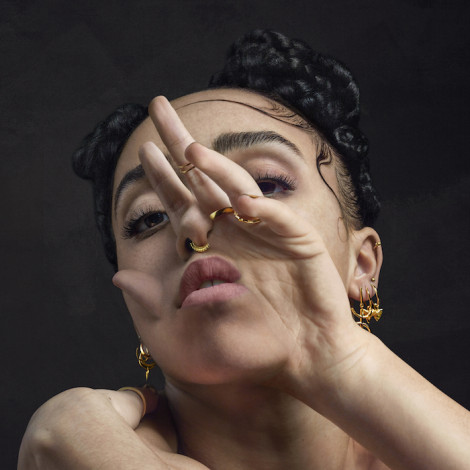 There’s a lot to be gleaned from the name of an album, in any situation. Whether it’s personal, political, social or nonsensical, a record’s title is going to be its identifier for its entire lifetime which, in the most notable of cases, will outlast the lifespan of the artist who created the artifact in the first place. But, toward the start of her career, R&B innovator FKA Twigs seemed to be on a mission to render album titles obsolete. She skipped straight past the obligatory eponymous EP for the stunning debut EP1 in 2012. It was followed by 2013’s EP2 and 2014’s LP1, a magnificent full-length debut that nearly perfected her ambient, otherworldly take on modern R&B and lured mainstream audiences into falling in love with her quirky, alternative-leaning charm.

So when FKA Twigs announced a follow up project under the premise of being EP3, it seemed that her modus operandi was intact. More genre-defining, title-free grooves, most likely featuring production by frequent collaborator Arca. But when the title was announced to instead be M3LL155X (pronounced “Melissa”), there was a strong shift in that narrative. Titles, after all, mean something to begin with; that effect is multiplied when they are intentionally avoided until an artist’s fourth release.

That titular Melissa turns out to be FKA Twigs’ name for her female energy which, in interviews surrounding the EP’s release, she insisted is not her alter ego, but a natural part of herself that she has tapped into recently. M3LL155X explores that process, both through metaphors of relationships and pregnancy and through the more literal exploration of the art of Voguing. The latter may seem like a stretch at first but after hearing FKA Twigs elaborate on how the modern dance, which evolved out of the ‘80s Harlem ballroom scene, it feels like a natural connection. And like her use of bondage in the clip for “Pendulum,” Twigs seems genuinely enamored with the artform referenced here as well. Where past artists have seemed to appropriate Vogue culture for its aesthetic possibilities, the approach here feels almost spiritual in nature.

The deep message of transformation embedded in M3LL155X is magnified by a dark change in sound, co-produced by FKA Twigs herself alongside an impressive range of contributors including Boots, Cy An, Joel Compass and Tic. And while the coo-ing vocals and overall sleekness of her prior work remains intact, the work on a whole is much more jagged and industrial in nature, holding more in common with recent work by noise-rockers-turned-dance-heroes HEALTH than recent outings by fellow alt-R&B-ers AlunaGeorge or How To Dress Well.

This abrasive-yet-alluring appeal is one FKA Twigs wears well and, if we’re being honest, doesn’t come as much of a surprise. From her uncanny valley record covers to her surreal lyricism, Twigs has spent her career keeping at least a few steps away from normal. While M3LL155X might make things a tad more personal, it’s just a closer angle on the same personality the Internet has already fallen in love with. That a pop musician’s between-records effort could hold such substantive, transformative material is a pretty lofty signifier of what’s to come in the FKA Twigs’ future. Now that she has our eager attention, who knows what worlds she’ll drag us through next.