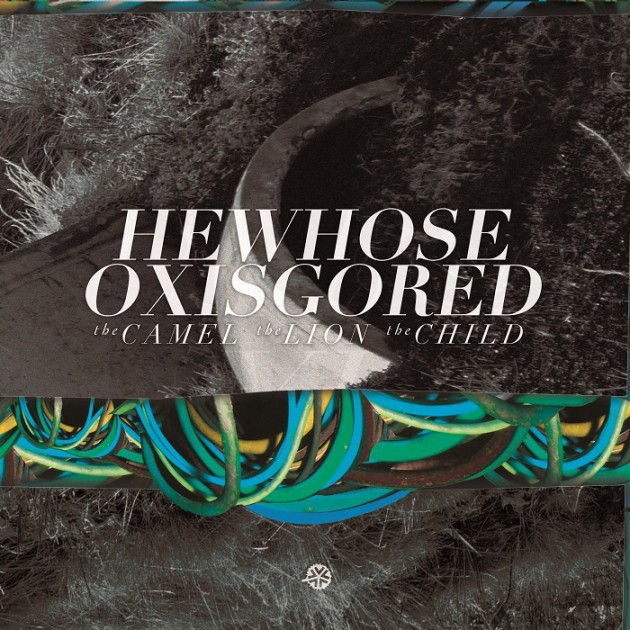 A metal band that employs a full-time keyboardist tends to stand apart from like-minded metal bands. Synths remain a rare enough phenomenon in metal that, when they do show up, it’s hard to ignore them. But a band that makes synth textures an integral and crucial part of its sound can sometimes be like spotting a giant panda in the wild. And one that uses them artfully, rather than on the flatbed of an EDM bandwagon perhaps, is rarer still.

Seattle’s He Whose Ox Is Gored is, stylistically, connected to a particular style of atmospheric sludge metal that’s been fertile in the Pacific Northwest in recent years, thanks to the likes of Akimbo and Helms Alee. Yet the key factor in setting the band apart from the heavy hordes of nearby territories is keyboardist Lisa Mungo, who adds an intriguing, often beautiful texture to their otherwise muscular and roaring tracks. “Omega,” an immediate standout from HWOIG’s debut album The Camel, The Lion, The Child, would have been strong enough were it composed solely of guitar, bass and drums, its Kylesa-like crunch and in-your-face intensity compelling enough on its own. But then the synths come in, and what once seemed engineered for the pit now sounds like a dystopian anthem best set against a crumbling Blade Runner backdrop. It’s a five-minute gaze into metal’s ominous future.

Mungo’s synthesizers are stunning, but on The Camel, The Lion, The Child, it’s about the marvelous whole that He Whose Ox Is Gored crafts. They’re a taut but powerful unit, and they balance an eerily gorgeous atmosphere with moments of booming riffs and post-rock intricacy alike. The seven-minute “Crusade” balances both extremes well, as does “Zelatype,” yet with a greater focus on slow-burning, moody instrumentation than outright climactic bombast. And “Magazina” is five minutes of ethereal, gothic tension, showcasing He Whose Ox Is Gored’s ability to simmer and explode alike.

As The Camel progresses, what becomes apparent is just how little He Whose Ox Is Gored is interested in relying solely on metal’s standard tropes. They’re a metal band, certainly, but not one that fits the standard definition. Their music is beautiful just as much as it’s brutal, and they wear nuance well. Were you to strictly measure the moments of distorted, pounding sludge against those of more exotic and meditative instrumentation, I wouldn’t be surprised if the ratio ended up dead even. It’s a dramatic approach but never an overbearing one, and genuinely innovative in a way that feels organic—synthesizers or not.

Tags
He Whose Ox Is Gored