The annual Bonnaroo festival takes place this year on June 12-15 in Manchester, Tennessee. Today, the lineup for the 15th anniversary edition of the festival was revealed via Conan. The festival’s headliners this year are Pearl Jam, Dead and Company (playing two sets) and LCD Soundsystem.

Check out the full Bonnaroo 2016 lineup via the poster below. 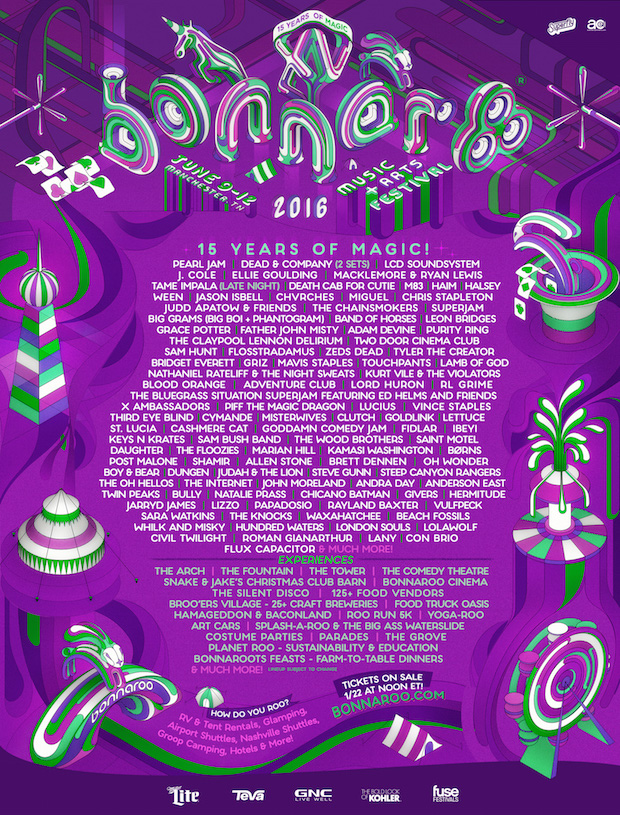