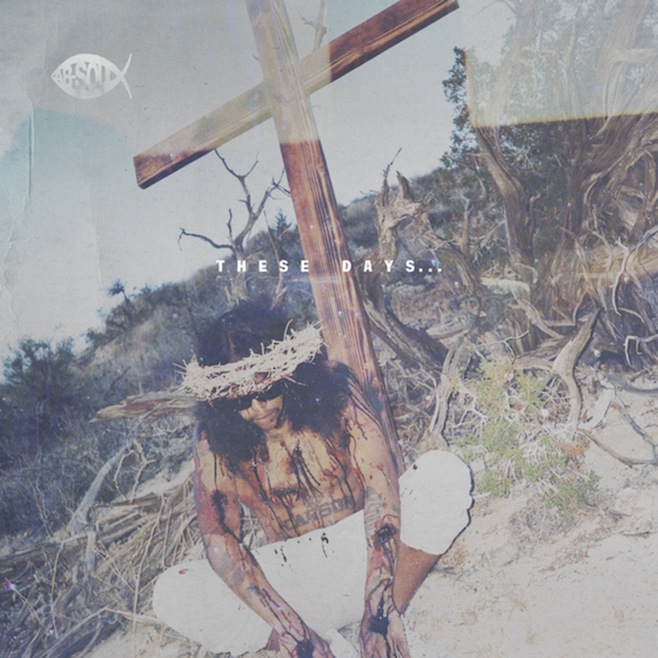 Ab-Soul may be the most poetic rapper in the Black Hippy crew. His perfectly peculiar 2012 album Control System made him a name to watch in hip-hop, but new album These Days… unfortunately isn’t likely to take him much further. These Days sounds more commercial than Control System — Rick Ross and Lupe Fiasco show up for hey-don’t-forget-about-me cameos — without really breaking any new ground for hip-hop. And when you get down to it, blowing listeners’ minds has only gotten harder over time, the flipside of which almost certainly meaning that it’s easier to disappoint. However, These Days is neither a let down nor a huge triumph. It’s complicated.

To have a chance at being a top rapper in the world of hip-hop today, it helps to rhyme about something a bit more interesting than drugs, money and sex. Control System had a philosophical and somewhat political approach, but These Days… mostly retreads ground already well worn by other emcees. Here’s some examples of what we’re getting from Ab-Soul these days: “Great minds fuck each other / let me fuck your mind” from “Sapiosexual;” “Suck my third leg while I branch out / first comes love, then comes marriage, naw fuck that, I’m just trying to get into your panties” from “Tree of Life;” “I’m splitting clits with a money clip” from “Hunnid Stax;” and “I’m fucked up, I get wasted, that’s a $100 cup I just wasted” from “Twact,” which introduces the title as a brand-new reference for being fucked up. But then again, it seems like Ab-Soul has put all his earnings from Control System to good use here. Soulo used to be the odd son, and it was enlightening, but now he’s hanging out with Rick Ross (“Nevermind That”) for that “real nigga shit / pill poppin killin nigga shit” over a throb that crawls to psychedelic altitude.

Recording most of These Days… at Mac Miller’s house was “very psychedelic,” Ab-Soul has stated. He said that you could “lose track of time,” and Miller produced “Ride Slow,” one of the best tracks on the album that features another amazing guest spot from Danny Brown (“Any nigga hatin,’ we gonna turn him to a raisin”). The song does creep slowly, with chimes, and what sounds like sharpening knives in the background. If Ab-Soul’s lyrical content on These Days… was strong enough to match the beats behind them, we’d have a different story, and he’d live up to his early promise to be one of the best in the business. Maybe his hard lifestyle got the best of him; he’s out his mind. On “Feelin’ Us” Ab-Soul says, “You know you feelin’ this shit” multiple times. Well, Mr. Soulo, I’m feeling, like, half this shit.