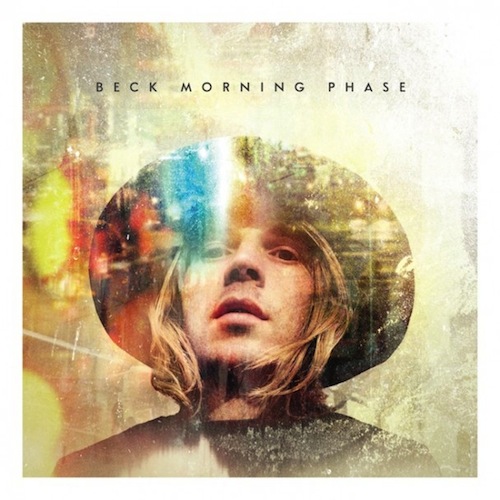 Almost 12 years have passed since the release of Beck’s landmark 2002 album, Sea Change — a record that serves as a sympathetic shoulder for the broken-hearted, but also as means of coping with a break up. Beck’s career prior had mostly comprised experimental pop songs with unique production, humorous lyrics and — equally importantly — pretty great videos. And despite the album’s lack of immediate commercial appeal, it still ended up being certified Gold, and won widespread critical acclaim. Sea Change certainly sounded like different direction for Beck, but it’s not as if he hadn’t already tested the waters with this genre of music before.

Beck’s relatively unknown 1994 album One Foot In The Grave featured early folk tracks, whereas 1998’s Mutations was the more direct precursor to Sea Change, considering its scaled-back, experimental acoustic sound marking a sharp left turn shortly after the release of Odelay. It was also his first collaboration with Nigel Godrich, who also helped shaped the sound of Sea Change. Morning Phase, his first album of original material since 2008’s Modern Guilt, is a continuation of a style that began to take shape on these three critical records, and has settled comfortably here. Although, Beck has already hinted at this style of mellow pop music. His contribution to Doug Aitken’s Song 1, a gorgeous cover of “I Only Have Eyes For You” — along with both the acoustic and electric version of “Ramona,” from the Scott Pilgrim soundtrack — is evidence of this. And while the album has been described as a sequel to Sea Change — which in some ways it is — it’s also an album that escapes redundancy.

Consider “Wave,” an elegant track featuring beautiful string arrangements and Beck’s echoing voice that permeates the space, which compliments the backing orchestra. It only hints at the many talents of such an engaging artist, while “Say Goodbye,” meanwhile, has a skillful guitar plucking style reminiscent of Neil Young. “Blue Moon” and “Waking Light,” the album’s two lead singles, are bold choices for previewing the record. The former, however, seems more radio friendly, while the latter is a longer ballad, and a centerpiece of Morning Phase. The album also contains some string overtures and interludes (“Cycle” and “Phase”), which maintain thematic production within the album.

To some degree, this is just another exercise for Beck to expand his skills in a style in which he’s already comfortable. It’s easy to dismiss this as piggybacking on the success of Sea Change. Granted, there are some similarities with patterns and arrangements (compare “Morning” and “The Golden Age”), though this is by no means a carbon copy of its most closely aligned predecessor, but rather another stellar point on Beck’s discographic timeline. At some point, Beck will eventually return to more eclectic, beat-laden pop, but for now, he’s doing a fantastic job just strumming away.

Neil Young – On The Beach