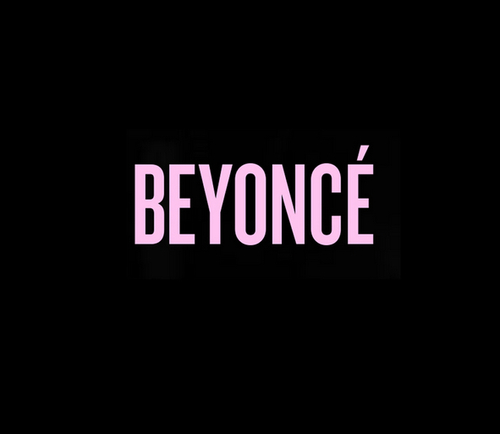 On the evening of December 13, the Internet exploded with a surprise gift that parachuted itself into download queues ‘round the world. Caught off guard and bleary-eyed — much the same as everyone else surely was —I clicked and waited for the folder icon to bounce on my dock. Beyoncé was here.

I woke the next morning and like most, offered my first take on the album, despite only giving it one listen:

After a few weeks of listening, hitting repeat, and watching all of the videos, I hereby revise my snap judgment: Beyoncé did let her hair down and got freaky, in ways that I had never expected her to do.

In “No Angel” (co-written by Chairlift’s Caroline Polachek), Beyoncé sings, “know I’m not the girl you thought you knew and that you wanted / Underneath the pretty face is something complicated.” These lines exemplify Beyoncé. She’s an international superstar — we’ve watched her perform since she was 16, when Destiny’s Child first broke through (and earlier if you count her early appearance on Star Search, cheekily sampled on “Flawless”). Yet despite being in the public eye for much of her life, Beyoncé’s persona has always been out of reach and tightly controlled. What we know about her add up to just mere wisps of a person: a pretty face and a superstar vocalist. Past albums felt calculated — a collection of singles that checked off a list of themes for a female pop album: the girl-done-wrong song, the girl-power song, the love-my-man song, etc. Even the best songs of her career (and let’s face it, there are a lot), don’t reveal a whole lot about Beyoncé the person, but rather Beyoncé the abstraction.

Beyoncé reveals many points within the spectrum of the woman she is — a businesswoman, a singer, a wife, a mom, a friend. In part five of the mini-documentaries released in support of the album, Beyoncé talks about feeling stifled as a young performer by fans’ expectations: “I felt like, in a sense, I could not express everything. I’ve done so many things in my life, in my career, that I feel like, at this point, I’ve earned the right to be me and to express any and every side of myself.” Beyoncé does just that. It makes plain the different facets of what makes Beyoncé Beyoncé. We have songs about motherhood, post-partum, miscarriage, jealousy, marriage, feminism and sex. When she sings about a man, she’s not singing about an abstract man, she’s singing about Jay Z, plain and simple. Beyoncé is not only by far the most revealing albums she’s ever released, it’s also her most cohesive and most daring.

This collection of tracks show Beyoncé getting loose and getting a little hood, finding inspiration in Houston’s hip-hop scene. These songs are also incredibly sexy, candidly talking about oral sex (e.g. “Blow”, “Partition” — someone deserves a prize for the line, “Yonce on his mouth like liquor”), quickies with her husband (“Drunk in Love”, “Partition” again); I mean the D’Angelo-indebted “Rocket” begins with Beyoncé singing “let me sit this ass on you.” While explicit, these songs never read as sleazy; they don’t feel like tawdry behind the scenes look at her and Jay’s sex life. Rather, they’re sensual and beautiful. These aren’t songs by a girl, in the way 4’s “Love On Top” came across, but by a grown-ass woman who enjoys sex. For a culture that constantly slut shames women, this sentiment is incredibly refreshing and much needed.

But don’t get it twisted — Beyoncé isn’t just his little wife. Beyoncé’s centerpiece is undeniably “***Flawless,” a bold, confrontational anthem with a lot of grit and sass. Here she samples Chimamanda Ngozi Adichie’s TEDxEuston Talk, appropriating Adichie’s sentiments (“we teach girls to shrink themselves, to make themselves smaller”), Beyoncé is effectively coming out as a feminist. In a year that saw the incredible hashtag #solidarityisforwhitewomen, Beyoncé is defining a type of feminism for herself, again, Adichie’s quote echoes throughout the album: “Because I am female, I am expected to aspire to marriage. I am expected to make my life choices always keeping in mind that marriage is most important. Now, marriage can be a source of joy and love and mutual support but why do we teach girls to aspire to marriage and we don’t teach boys the same? […] We teach girls that they cannot be sexual beings in the way that boy are.” This isn’t the stereotypical model of feminism that eschews marriage; this is about feeling empowered both independent of and within her relationships with men and her child.

In the opening of “Pretty Hurts,” Harvey Keitel asks “Miss Third Ward, your first question: what is your aspiration in life?” Beyoncé answers, “my aspiration in life…would be to be happy.” It could be said that Beyoncé is an album that chronicles her happiness — her struggles to attain happiness, finding happiness as a mother, and coming into her own femininity. It’s a remarkably mature album that makes clear that Beyoncé is a grown ass woman — she’s married, she loves her husband, she loves her kid, she understands her needs and wants and she isn’t afraid to articulate it. Beyoncé doesn’t get bogged down in dowdiness or rote tortured by fame tropes, rather it’s revelatory and mature while retaining accessibility, as well as a daringly bold approach recalling everything from Three 6 Mafia to Burial to Prince to Björk. It presents a new chapter in Beyoncé’s career, dropping her impossibly perfect persona, revealing someone that feels a lot more real, full-bodied and much more engrossing.