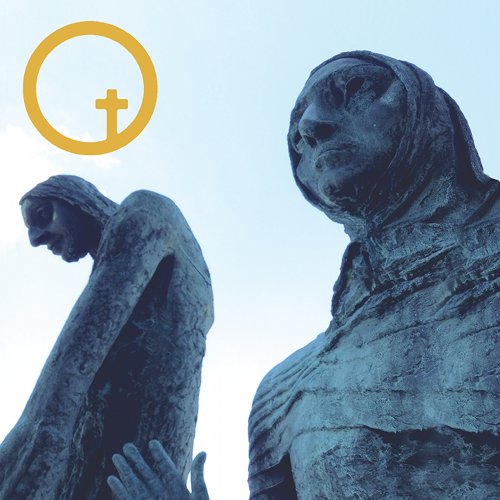 Since its 2001 founding — and especially in recent years — Deathwish Inc. has built its reputation on showcasing the best and brightest in punk and hardcore. But the label has also shown a willingness to release music that plays kissing cousins with those genres. Along with Wesley Eisold’s gothic-pop project, Cold Cave, Death of Lovers are the second anomaly in the label’s current stable. The group specializes in moody, ’80s-influenced post-punk/new wave — music that caters to fans who might share the angst of hardcore but don’t possess the requisite anger. The accompanying press materials describe the band’s sound as drawing prominent influence from Joy Division and the Cure. The comparison is spot-on: the guitars swoon and are caked with reverb; the vocals sound distant and cold. It’s music that one could easily picture becoming a thing in 2014, and the band’s debut EP, Buried Under a World of Roses, marks a modest entry into this territory.

Death of Lovers is technically a side project of members from rising shoegazer acts Whirr and Nothing, but Death of Lovers strip away the melodic lacquer of their progenitors and replace it with a gloomy austerity. Opener “Cold Heaven” shares a stoic rhythm section reminiscent of Joy Division; “Shaken” sounds like a My Bloody Valentine cut if the pillowy fuzz were replaced by icy synths and guitar arpeggios. The EP’s best track is the titular “Buried Under a World of Roses,” which nicely juxtaposes the band’s rigid sensibility with a melodic arc during its chorus. Over the course of the EP the band does a nice job treading the narrow line between sounding authentically moody versus emotionally overwrought (i.e. mall goth). It’s on the beginning of the last track, “The Blue of Noon” — where the cleanliness of the production too clearly focuses the vocals — that the band errs towards the latter.

The best bands in post-punk bridge their relation to punk in the they draw from a similar palette of aggressed emotions, but filter them into a dreamy, resigned gloom. It’s a soundscape suited towards pretty, dispassionate young people adorned in monochrome. Death of Lovers certainly have a knack for conjuring this aesthetic, but the songs are missing a certain melancholic panache of an act like Cold Cave. Like most side projects, Death of Lovers aren’t writing songs as good as the members’ main gigs, but that doesn’t mean they aren’t onto something.