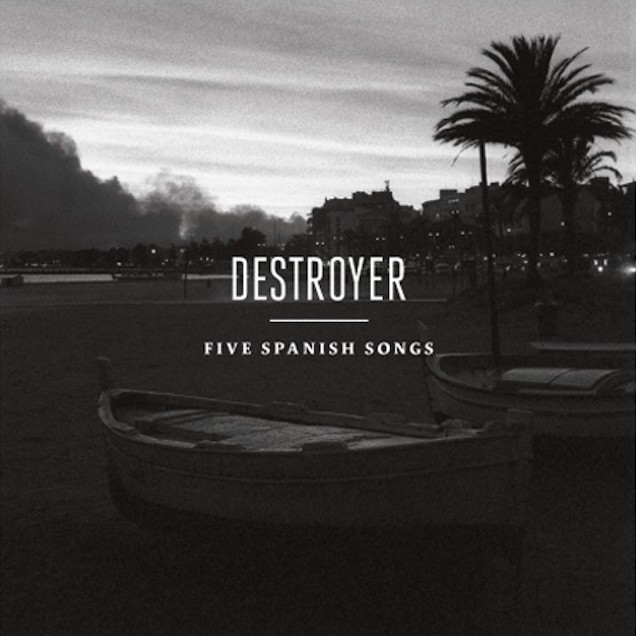 After embracing sophisti-pop sounds on 2011’s Kaputt, Destroyer’s Dan Bejar is taking a new tack on his new EP, Five Spanish Songs. And yes, he is, in fact, releasing an EP of all-Spanish material. All of the songs on the five-track EP were written by Antonio Luque of Spanish Band Sr. Chinarro.

Bejar says of the songwriter in a press release, “I’ve been a decades-long fan of how he conducted his affairs, his strange words, his melodies that have always felt so natural (this is important), his bitter songs about painting the light. Something about them, I knew I could do it…”

The EP will be released Nov. 29 via Merge. The album also features Nicolas Bragg and John Collins of Destroyer; and David Carswell, Stephen Hamm and Josh Wells of Black Mountain. That’s the cover art above.