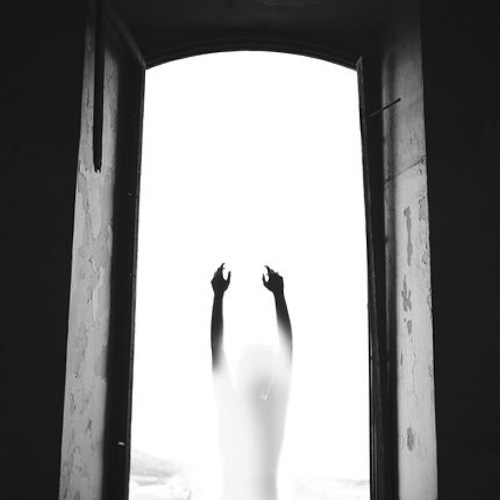 Somewhere between Joy Division and Andy Stott, gloom became Manchester’s biggest export. The UK city has been a prolific factory (and Factory) for various artful permutations of darkness and mope. Sure, it’s been just as much a resource for blissfully drugged-out dance acts (see: “Madchester”), but there’s a certain, uniquely British melancholy it’s been known to cultivate. Maybe it has something to do with the 142-day yearly average rainfall, or the economic factors under Thatcher that caused widespread loss of jobs and industry, but melancholy is a part of Manchester’s musical culture.

Manchester-based producer Ryan Hunn, who records and produces under the name Illum Sphere, was actually born in London, but decades of Manchester’s post-punk and electronic darkness are flowing through his debut album Ghosts of Then and Now. A dubstep producer in the broadest sense, Hunn’s atmospheric and minimal productions, bolstered by wobbly beats, have a fairly close cousin in the phantom soul sounds of Burial. But dropping the Burial bomb doesn’t quite capture the full spectrum of Illum Sphere’s sound, which backs a modern kind of industrial gloom with a specifically ‘90s-era style of noir.

Ghosts of Then and Now is Illum Sphere’s first full-length for Ninja Tune, and carries with it the lineage of stylish, downtempo staples throughout the label’s history, such as Coldcut, Amon Tobin and DJ Food. The romantic, mysterious strings of “Liquesce” and the cough-syrup-drunk daydreams of “At Night” nod to simpler times, when nobody thought to rebrand Big Beat as EDM, and DJs were endlessly fascinated with lounge culture. Yet there are stoic and sinister underpinnings to these textures, which detach them from the hedonism of the ‘90s and lend them a palpable sense of dread. “Sleeprunner”’s throb and crackle is sonically more akin to highlights from Portishead’s Third than vintage Astralwerks, though even when pursuing an even distribution of haunted atmosphere, Hunn still eases into some sultry and soulful terrain, as he does on “The Road.”

If there’s a primary difference between the gloom that Hunn cultivates on Ghosts of Then and Now, and the like that has permeated Manchester’s musical climate for so many years, it’s that it doesn’t feel so tied to any particular location. It’s more surreal than grounded, and above all, ethereal. His closest contemporary might actually be Flying Lotus, a Los Angeles native, who also happens to craft his own weirdly dark landscapes. If you listen close enough, however, you can hear the ghostly drones of Closer, the rhythmic weirdness of A Certain Ratio or the neo-classical abstraction of The Durutti Column. Not literally of course, but Ghosts of Then and Now nicely focuses in on the dark clouds that are collecting over Manchester in the present day.