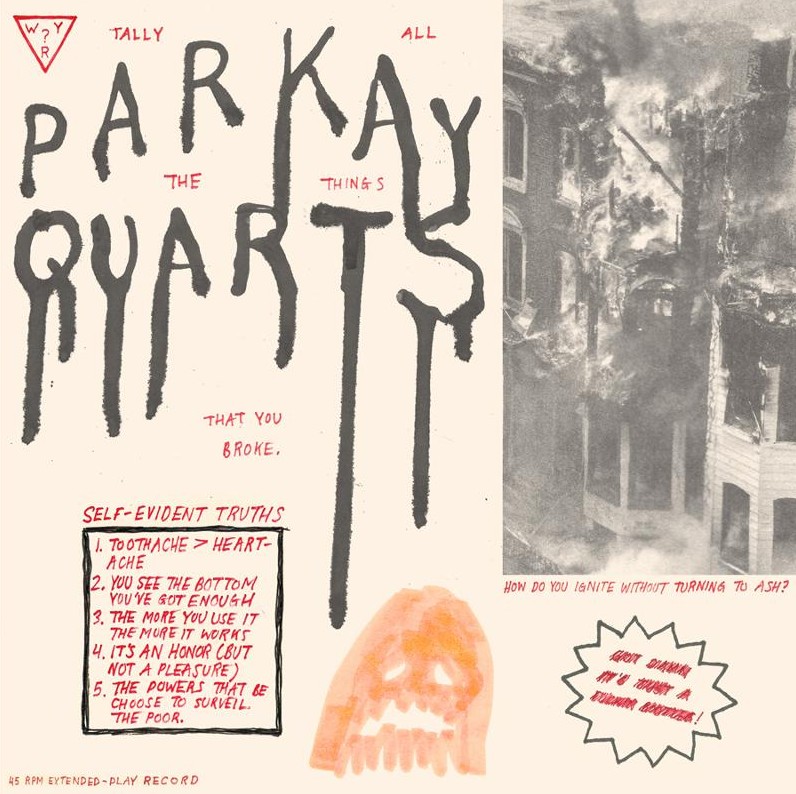 Parquet Courts gave us a good start to 2013 with their upbeat, witty jangle punk album Light Up Gold, which remains a really good spin several months down the line. And yet, the Brooklyn group has even more music on the way this year. On Oct. 8, the band will release a new EP titled Tally All the Things That You Broke, via What’s Your Rupture? They also have a new track from the album available to stream, titled “You’ve Got Me Wonderin’ Now.” Listen below and check out the tracklist.