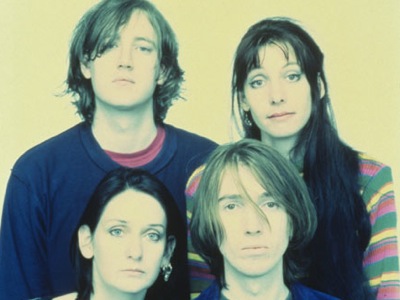 As long as I can remember, I’ve been a list maker. Not just to-do lists, or shopping lists, or even Christmas lists, but really lists of just about everything. Ever since I was a kid I made lists of a wide variety of categories ranging from video games to superheroes, movies, cars and, of course, anything musical. In fact, the music lists were often the longest and most plentiful. And if it so happened that I wasn’t satisfied with any of them, I would simply start over, scratching out a practice run on one side of a blank sheet of paper before flipping to the next side to start anew. It was probably inevitable that I would become a music critic.

I hesitate to say that the lists I made as a youth served no purpose-certainly, at the time, it must have meant something more than just an exercise to keep me busy. But my obsession with attempting to quantify that which can’t be quantified didn’t result in my putting that data to much use. However, in the 10-plus years that I’ve been a music writer, that has obviously changed. For just as many years I’ve contributed and assembled year-end lists of my favorite songs and albums, initially for a college radio program and later for various publications, Treble being the one that has earned the bulk of my time and dedication.

From an outsider’s perspective, a steady sequence of music lists can be a source by which to discover something new, a confirmation of strongly held beliefs about which albums or songs deserve acclaim above others, or, in certain cases, a complete waste of time. While I can definitely understand how some can get list fatigue (I, for one, tend to grow weary of seeing the same top tens a few dozen times come January), as someone who participates in such exercises regularly, I can’t help but defend the process, if for no other reason than that they’re fun to make. The month or so of re-listening to the past year’s albums, or the three months of revisiting an entire decade, can remind me of how much I like something, or how strong a connection I have to a piece of music. And in turn, publishing these lists, I would hope, would yield a similar result from a reader.

I still make lists for my own benefit, typically with a worthwhile conclusion in mind…or at the very least a therapeutic outlet. However, last month a funny/annoying/frustrating thing happened to me. I ended up in the unfortunate situation of having to move unexpectedly, and in the process leave my music collection in storage for a matter of weeks. That, in itself, isn’t that big of a deal. Not having access to my records or CDs was far from the most troublesome of my worries, at the time. But it did lead me to re-evaluate my connection to music, and its importance. And, in turn, it inspired me to create a new list: my all time favorite songs.

The original idea was to assemble a list of my top 300 or so favorite songs. And not just songs I really, really like–that could potentially be endless–but songs I absolutely could not live without. So I started chronologically, more or less, in the 1960s, with a slight trip backward to the ’50s, thereafter. I lined up my Beatles, Beach Boys, Kinks, Stones, Dylan, Jobim, Miles Davis, Love, Os Mutantes and Johnny Cash. To many elder statesmen of music criticism, the ’60s is where rock and roll’s greatest moments remain. For evidence of that, take a gander at Rolling Stone‘s top 500 songs of all time (which shares only 37 common songs with mine, for the record). I don’t dispute the importance of music from the era, and in spite of being born 11 years after it was over, I have many, many favorite songs from the ’60s. But as I discovered, as I progressed through each decade, my list would more than double in size.

The 1970s is, in many ways, a decade I love and hate in equal measure. It is, without question, an era that produced countless classic albums, and one that saw a mind-blowing level of innovation, from punk to disco, krautrock to zeuhl, whatever the hell that is. It’s also a decade that spawned an equally mind-blowing number of albums and songs that I could really do without hearing ever again, from Dark Side of the Moon to “American Pie,” “Sweet Home Alabama” and “Jammin’.” That said, as I began to add my favorites from the ’70s to the list, I quickly noticed that my favorites from the decade outnumbered those of the ’60s more than twofold. Stevie Wonder, Can, Led Zeppelin, Curtis Mayfield, Marvin Gaye, Wire, Joy Division, John Lennon, The Police, Talking Heads…the list goes on and on.

As I pondered the potentially endless number of songs from the ’80s that I’d be adding, I reassessed my goal. At this point, 300 seemed too small a number. Even if I wanted to simplify and edit the list later on, I would have trouble knowing what to eliminate. And if this truly was a list of songs I truly couldn’t live without, then it seemed contrary to my original intent if I was, indeed, forcing myself to do without them. Still, with the idea of setting a new goal, I moved the finish line up to 500, which seemed doable. And as I suspected, the ’80s would prove even more fruitful than the ’70s for my purposes, with the numerous songs from Prince, New Order, Echo & The Bunnymen, The Smiths, Tom Waits and The Cure, among others, adding up to a whopping 114.

Still, that was nothing compared to the ’90s, which, as it turns out, must be my favorite decade for music. This probably shouldn’t come as that much of a surprise, as it’s roughly around 1992 when my interest in music transformed into full-blown obsession. Nonetheless, my favorite songs from the 1990s outnumbered those of the 1980s pretty significantly. I could chalk this up to a generational perspective, perhaps, but then again, the 1990s were an outstanding time for music in a variety of ways, be it due to the overwhelming number of great hip-hop albums, the birth of trip-hop, the age of Britpop, or the unstoppable output of indie rock heroes such as Pavement, Built to Spill and Sonic Youth. And then there are peerless masterpieces like My Bloody Valentine’s Loveless and Talk Talk’s Laughing Stock, which still blow my mind nearly 20 years after the fact.

The biggest surprise in my listmaking exercise came at the very end, with the decade that just concluded four months ago (note: I didn’t include anything from 2010, though Beach House, Titus Andronicus and LCD Soundsystem will definitely end up there eventually). While I’ve certainly spent a lot of time with the music of the ’00s, I was still somewhat caught off guard when, in the end, I could count as favorites as many songs from that decade as the ’80s, which was arguably a more influential or “important” decade (not that I necessarily believe that). Still, Shearwater and Jay-Z are among my top ten Last.fm artists, and Spoon remains my number one, and probably will stay there for their sheer ability to sound great in any situation. That and their 100-song head start.

By the end I had made a list of 529 songs. And when I realized I had left out LCD Soundsystem’s “Too Much Love,” it got bumped to 530. It’s not a nice, round number. It doesn’t correlate to any important number in my life, and it doesn’t make a good sound bite. When I told my wife that I had made a list of my top 530 songs of all time, she, too, found the number a little perplexing. But whereas a list that Treble would typically publish would stop at 50, 100 or, most recently, 150, I simply stopped when I felt like it was complete. If these were all songs I couldn’t live without, I wanted to make sure I wasn’t leaving out anything. Even having gone decade-by-decade, queueing up song after song, it’s entirely possible that I forgot something. And as time goes on, and I make more musical discoveries, it’s only going to get longer.

As I reached the end of the list, however, I felt a strange sense of satisfaction and accomplishment. True, this was only something I did for my own fun, and more importantly, sanity. But we’ll probably run a staff list of our favorite songs of all time eventually (another inevitability I imagine), so why not have one ready to go? But the fun part, I discovered, has really only begun–now, I can listen to each of these 530 songs, back-to-back on my iPod, and soak them in, taking joy in the small pleasure of hearing all of my favorite songs in a sequence. It’ll probably take me another month to actually do that, but if there’s one overarching and comforting take-away in all of this, it’s that the next time I’m in a position where I’ll have to be separated from my record collection for an extended period of time, I have a backup plan.