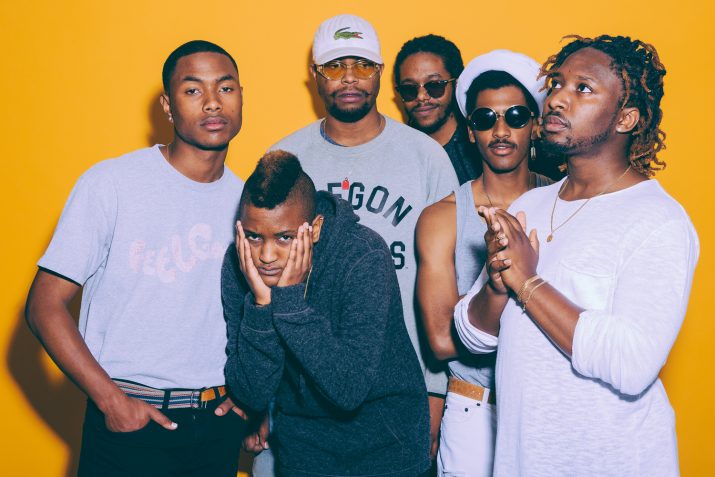 Last year was the 10-year anniversary of Odd Future, and in the decade since the L.A.-based hip-hop collective formed, its members have each gone through their own impressive evolutionary journey. Tyler the Creator has shed the misanthropy of Goblin in favor of a more warm, fun and relatable approach. Earl Sweatshirt has come into his own as not just an emcee to be reckoned with, but an artist with his own unique vision. And Frank Ocean has become an almost mythical figure in how, in just a few albums, he’s built up the kind of mystique generally reserved for artists such as D’Angelo or Prince. And then there are Syd and Matt Martians, two figures whose presence on OFWGKTA didn’t garner most of the headlines but whose slow-burn ascent as members of The Internet has yielded a rich catalog of contemporary R&B that’s loose, yet remarkably confident and rewarding.

“La Di Da” is the kind of single that shows how much talent the L.A. R&B band harbors, and how effortlessly that talent is catalyzed into a rich, breezy pop gem. Deeply funky yet seemingly weightless, “La Di Da” feels good right from the jump, driven by Patrick Paige’s deep bassline and Steve Lacy’s psychedelic guitar licks. But it’s Syd’s dancefloor narrative that sets the stage (“My groove right, I might snatch up your wife/Smooth like it’s nothin’ to me“), navigating her way out of a situation with a club Casanova who’s going to go home alone. “Wanna move/I can’t with you,” Syd sings with Lacy, who plays her foil in a playful back and forth. But behind the acrimony is the sound of two musicians having a blast while riding a perfect groove—which bears out in the video the group just released for it (including a pair of pants with the artwork from Metallica’s Load?). It’s just a shame we already picked our songs for the summer. This would have been a shoo-in.

From Hive Mind, out now via Columbia