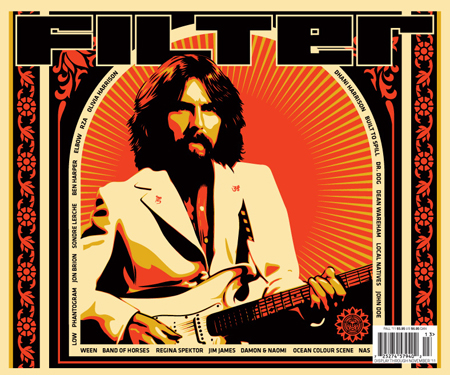 Buzzbands LA reports that Los Angeles-based music magazine Filter is ceasing publication by the end of summer. The magazine, which mostly covered independent and alternative artists, launched in 2002 and has published 56 issues.

The magazine’s end comes as a result of a split between its founders, Alan Sartirana and Alan Miller. Each of the publishers intends to launch new platforms. Miller’s initiative is called Culture Collide, which is also the name of the music festival that Filter organized each year in Los Angeles. This year’s music festival will be held in October in three cities — Los Angeles, San Francisco and New York.

Sartirana is launching a project of his own called Anthemic Magazine, which already has a Tumblr page.

It’s encouraging to see something new come out of the end of the magazine, though it always gives us pause to see another music publication close its doors. Some of Treble’s contributors have written for Filter in the past, and it’s always sad to see a strong outlet for writing about music come to an end. But we’re also hopeful that Culture Collide and Anthemic will mean the beginning of something new and exciting.