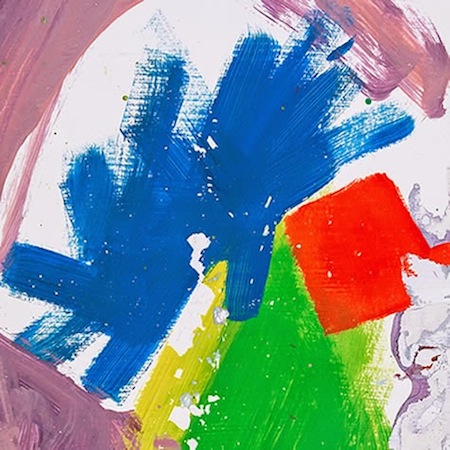 Alt-J arrived onto the international indie scene in 2012 with one of the more polarizing Mercury Prize albums in recent memory, An Awesome Wave. Regardless of whether the band’s schizophrenic generic combinations enthralled or irked you then, you would have been hard pressed to say that their boldness was unimpressive. In fact, that boldness (combined with their evident talent) is probably the primary reason they received the award over some albums — ahem, Jessie Ware — with better cohesion and flow.

On one hand, winning a major national award with your debut album is a huge boon and an excellent starting point for a long, sustainable career. On the other hand, however, it’s a dangerously high-set bar. With the criteria above on their resume, Alt-J seems like precisely the type of band that should be wary of a sophomore slump, lest they become another one of the innumerable flashes-in-the-indie-pan. To make matters more difficult, the group lost a founding member (Gwil Sainsbury) before they could begin recording what would become their follow-up, This is All Yours. The result of all this is that the pressure on the band is redoubled, as they must weather a member’s departure whilst simultaneously producing a record that matches their debut’s success and avoids recycling its ideas.

To say that alt-J fails in these respects on This Is All Yours is slightly too harsh, but substantially true. Whereas the unconventional genre blends and unique song structures on An Awesome Wave were intriguing in their best moments, the band’s attempts at laid-back, playful psychedelia here mostly come off as watered-down and perfunctory, if not dull. They start off strong enough at the onset, with the pitch-manipulated a cappella and dark atmosphere of “Intro,” but immediately abandon the tension built on that track for delicate, folky meandering on follower “Arrival in Nara” (the opener of a forgettable song cycle). On tracks such as this, Alt-J’s insistence on subtlety – whether in consciously cannibalistic arrangements or mixed-down vocals – undermines them by quashing their energy and highlighting their pretentious vagary. Only very late in the album, on the Jim James-esque “The Gospel of John Hurt,” does the group realize the appealing, ethereal atmosphere that they attempt here.

The duo of “Every Other Freckle” and “Left Hand Free,” alt-J’s consecutive attempts at “sex song,” are thus very welcome shifts in tempo. Newman’s commonly-muted vocals, when amplified, aren’t quite sexy or charismatic enough to carry these songs convincingly, but the grooves that the band achieves on them certainly are. Further, these two tracks offer the strongest hooks on This Is All Yours, an album that is desperately lacking in them overall. It is a questionable (if not predictable) move, then, for alt-J to choose “Hunger of the Pine” over these two as the lead single for the album. Drenched in feedback, and shot through with an oh-so-chic Miley Cyrus sample, this intended centerpiece falls flat under the haphazard construction of its elements and its obvious critical posturing  – a microcosm for the band’s struggles on This Is All Yours. However, despite these difficulties, it would be extremely premature to declare alt-J finished. Though This Is All Yours is not the advancement that some might have expected from the band, it’s also not stagnation, clearly showing them to still be ambitious and capable. If they hone their approach, that ambition may result in even better records than their debut.