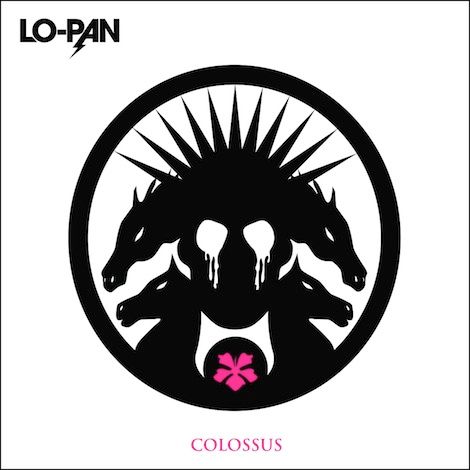 Playing in a straight-faced rock band in 2014 is a tough gig. Today’s world is one where the top-regarded innovators of the genre are at least dabbling in another style of music in some fashion, be it electronica or hip-hop. Even the best metal and punk acts of our time are pushing hard on their respective genre’s boundaries in order to reach higher ground. To be blunt, most bands that play what could be construed as straightforward rock – not psychedelia or folk-rock or indie – are pretty laughable; those that break this rule — like Queens of the Stone Age or Foo Fighters — have been publicly honing their craft since the ‘90s. So where does a young, diesel-powered rock band like Lo-Pan fit into the picture?

Lo-Pan are less than a decade old, but have already put out three albums. And over that span of LPs, the band has slowly grown from being a group of early-era metal imitators to a more refined band with their own distinct flavor. Don’t get me wrong: Lo-Pan — who are likely John Carpenter devotees — never seemed all that interested in innovation, and Colossus doesn’t do much to change that fact. But these four men are talented players and stretch the admittedly worn approach to its limits on this metal-flavored rock LP.

Right out of the gate, Colossus shows Lo-Pan means business: Opener “Regulus” takes no time for niceties before rolling out its beefy riffs and thundering drums. That’s the strength of Lo-Pan: They take already boisterous songs and run them straight through the gate without allowing them to become exhausting or overly tedious. Even the nigh-seven-minute “Marathon Man” only reaches those heights via an epic progression that would take some bands ten minutes to work through.

It’s through this combination of talent and timing that Lo-Pan succeed where most modern rock bands fail. There are numerous moments on Colossus that fly dangerously close to the pseudo-parody of a band like Electric Six. Thankfully, a sense of fun-loving sincerity (and some seriously intimidating chops) allow Lo-Pan to land the plane safely.

The Sword – Age of Winters

High on Fire – Death is This Communion