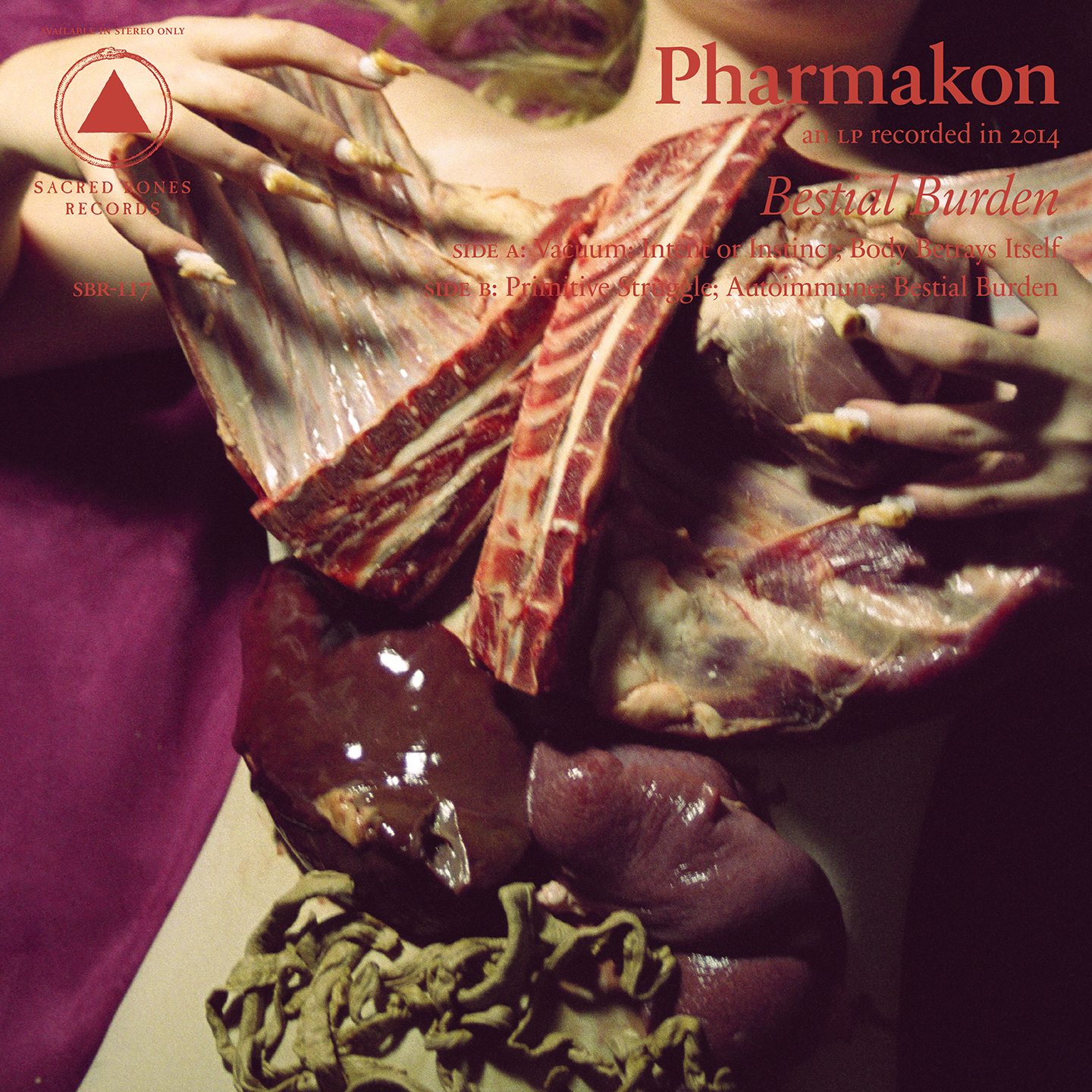 New York-based industrial artist Margaret Chardiet, a.k.a. Pharmakon, released some deeply disturbing, often chaotic and highly powerful sounds last year on her Sacred Bones debut, Abandon. It’s hard to imagine her following that album with something even more terrifying and mind-blowingly surreal, though she may have actually done just that. On Oct. 14, Pharmakon will release Bestial Burden, though the album isn’t necessarily any noisier than its predecessor — although it certainly holds its own. But what makes the new album more harrowing than its intense predecessor comes straight from the story behind the artist who crafted it. Last year, Chardiet underwent a life-threatening medical scare that found her undergoing surgery and having some pretty serious experiences while in the hospital.

That might sound like an intense thing to take on a Tuesday afternoon, and it is. But these terrifying sounds and ideas also sort of make for good October listening, no? And you can; Pitchfork Advance is now streaming the album in full, one week before it’s officially out in stores. It’s loud, it’s powerful and more than a little scary at times, but that doesn’t mean you shouldn’t listen to it. You can trust us on that.