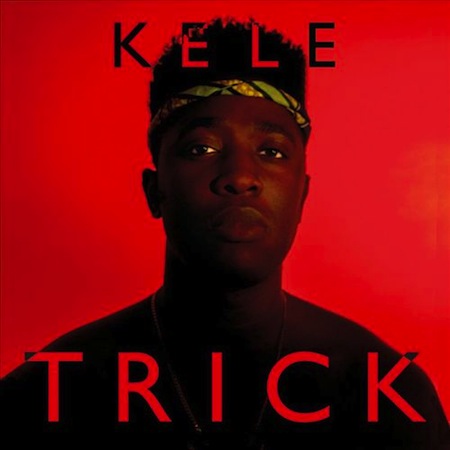 Kele Okereke’s music has followed a rather peculiar evolution. His career trajectory has been simple enough: Singer/songwriter fronts successful band (in this case, Bloc Party), releasing the occasional solo album until said band’s break up forces him to move that side project to stage-center. But, unlike Björk, Imogen Heap or even Thom Yorke, Okereke’s approach as a solo artist — released under just his first name — ventures pretty far from the best moments of Bloc Party’s discography. While the overall shells for each song bear Kele’s mark in the same way each of Bloc Party’s albums did, the treatments and artistic decisions for these songs could not be more different.

This phenomena hangs over Trick, Kele’s sophomore LP, in both both positive and negative lights. On one hand, there is an energetic charge missing from this effort, and the absence of the remaining three-quarters of Bloc Party is felt with a heavy hand. Even on his solo debut, 2010’s The Boxer, Okereke relied heavily on collaborations with dance and electronica producers to provide an aura that was not entirely of his own making. On the positive side, this artistic freedom allows Kele to pursue his dance-music aspirations without sounding too forced or crowded, as they did on Bloc Party’s Intimacy. Where that album boasted good intentions with sloppy results, Trick delivers a silky, sexy vibe via a combination of samples, live instrumentals and sensational beats.

The problem with Trick, then, is not with the overall sound-world Kele crafts, but with the consistency of the record as a whole. The LP’s stand out songs, mostly found in the first three and last three tracks, present a curious mix of house and trip-hop, surrounding Kele’s unique sense of melody with an almost shoegaze-like layer of beats, bleeps and samples. For instance, the infectious single “Doubt” is as good a song as Kele has ever written, holding its own against “The Prayer,” which was by far Bloc Party’s most successful experiment in mixing its indie-aesthetic with a club-song groove. But beyond those five or six stand-out tracks (I’m on the fence regarding the quiet, moody pulse of “My Hotel Room”) the album becomes tired, with the majority of songs relying on formulas that should be exhaustingly familiar to any consistent follower of Kele’s writing.

None of this is to say that Trick is a poor dance album. Rather, the more infectious bunch of tracks here prove that Kele is more than capable of creating some true bangers. For the most part, it’s his vocal melodies and delivery that need some freshening up. Perhaps Kele could take a note out of trip-hop mastermind Tricky’s book (and one he makes use of in a few moments on Trick) and truly own the role of producer/songwriter by making more use of vocal features. Until then, there are still a number of truly stunning songs here to hang on to.